The Longview Race Riot was one of the earliest events of what became known as the Red Summer. 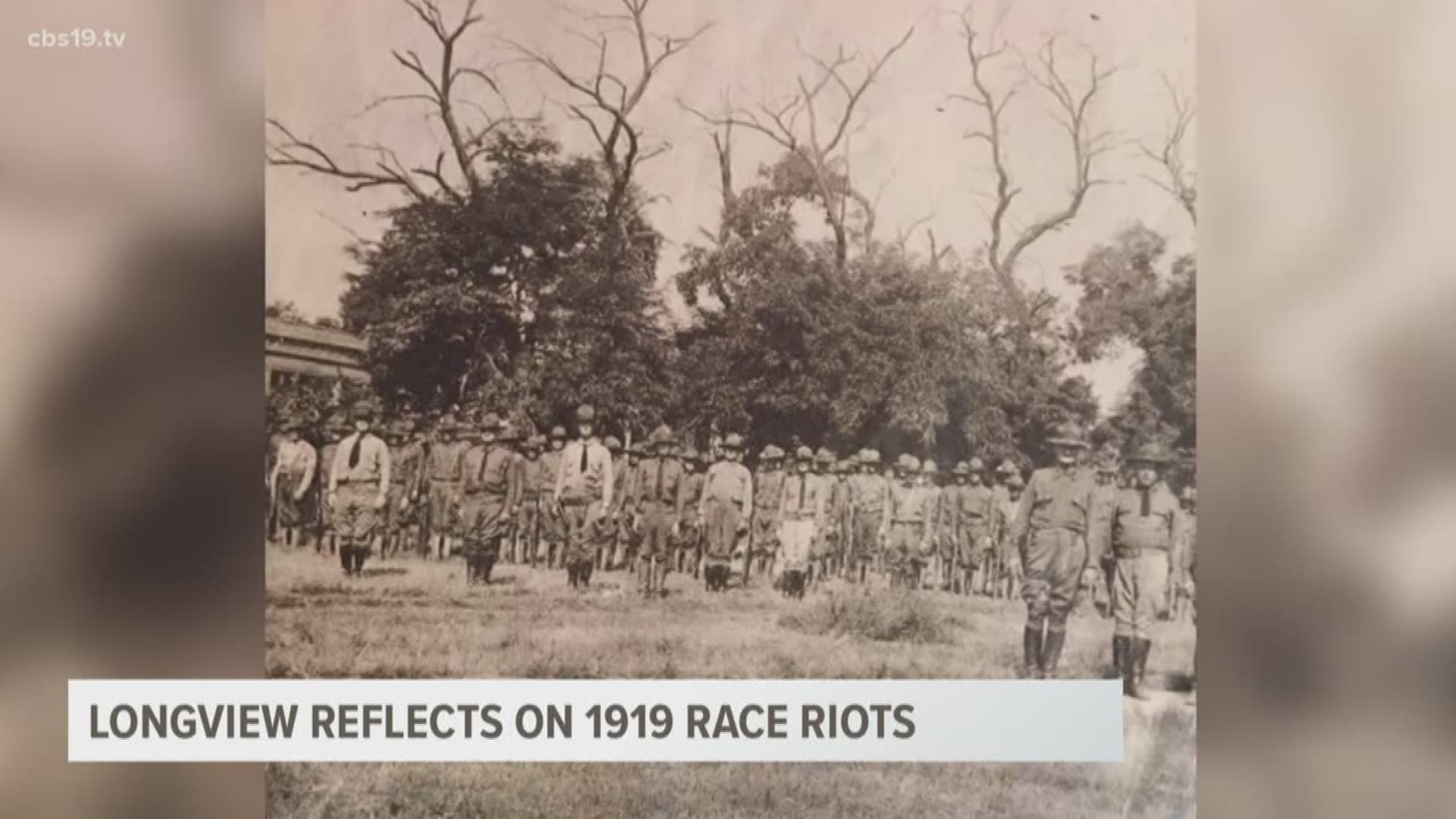 LONGVIEW, Texas — A century ago, race riots broke out during a particularly violent summer in the United States, which became known as the Red Summer. Violent riots broke out in Washington DC, Chicago and in rural Arkansas, where as many as 200 people were massacred in late-September.

However, one of the earliest riots of the Red Summer happened on betwen July 10 and July 12 in Longview.

In 1919 Longview, Jim Crow laws kept Blacks in the town disenfranchised, despite they made up nearly one-third of the city's population. Even small offenses against social norms could result in a lynching. That is what happened to Lemuel Walters, who was arrested and later kidnapped and murdered by a lynch mob on June 17. Walters' alleged crime was "indecent advances" toward a white woman.

Shortly after Walters was lynched, the Chicago Defender, a Black news paper out of Chicago, published a story about Walters' murder. The brothers of the woman involved in the Walters case beat Samuel Jones, a local correspondent for the paper, even though Jones denied writing the original article.

A riot broke out shortly afterward as Blacks angry over Walters' lynching and Jones' beating and Whites angry over the Chicago Defender article began to clash throughout the city. The riot culminated in the July 12 murder of 60-year-old Marion Bush. The riot only came to an end after the town's mayor declared martial law and called in the National Guard and Texas Rangers to restore order.

A century after the deadly riot, community leaders in Longview say there are still lessons to be learned.

Snoddy said the protests in the weeks following the death of George Floyd in Minneapolis shows there needs to be more conversations between people when it comes to racial inequality in both Longview and the county as a whole.

She points out the debate over the Confederate monument in front of the Gregg County Courthouse is just one examples why conversations need to happen.

"The real underlying issues we haven't even addressed yet," Snoddy said.

Historian Mandel Stoker said the city should look at its past to help promote uncomfortable but healthy conversation.

"I'm hopeful that people are more aware that they're more willing to not just select the part of history that they want to talk about, but we discussed those the parts of history that don't make us feel so good," Stoker said. "We have to do it in order for people that don't like me to understand."

The city planned an event to mark the riot's 100th anniversary. However, the event was postponed due to the COVID-19 pandemic.