Christopher Bonilla was killed on Jan. 25 when an Athens ISD school bus was hit by a train at the Cream Level Road Crossing. Bonilla was 13. 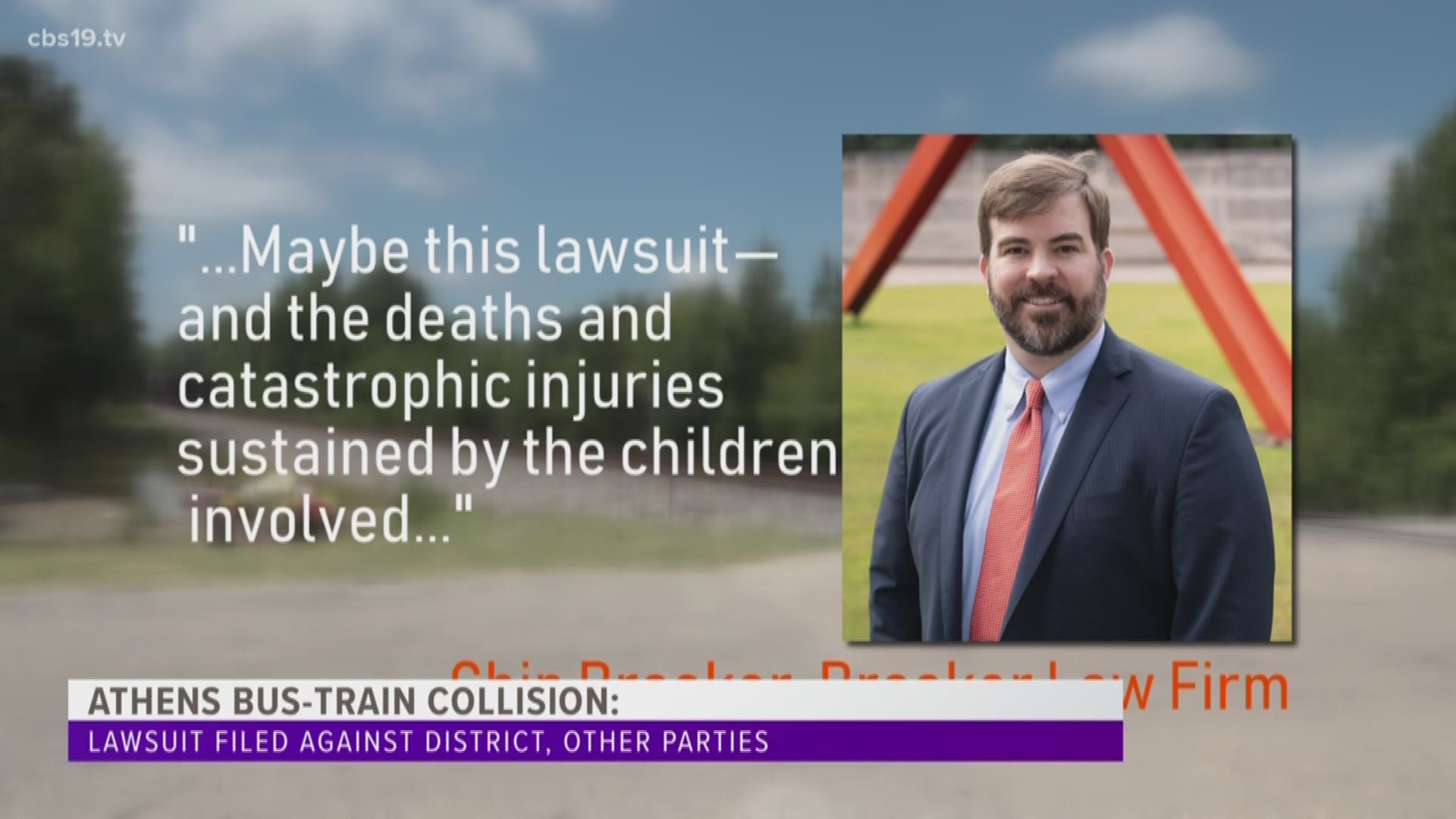 ATHENS, Texas — The family of Christopher Bonilla, the boy killed in January's bus vs. train crash, has filed a lawsuit against Athens ISD among others.

Bonilla was killed on Jan. 25 when an Athens ISD school bus was hit by a train at the Cream Level Road Crossing. Bonilla was 13.

Nine-year-old Joselyne Torres was hurt in the crash.

According to court records, the defendants in the suit are:

Along with Christopher's mother Maria de Lourdes Bonilla, the plaintiffs include Selene Silva and Christian Torres, the parents of Joselyn. The plaintiffs are being represented by Chip Brooker.

Brooker provided CBS19 with a copy of the suit.

The suit alleges the crossing was steep and dangerous, leaving Stevens unable to see the approaching train.

The suit also alleges the Union Pacific crew failed to keep a proper look out for the bus and did not sound the horn or brake in time for the crash.

According to the suit, the train's crew was negligent while operating the train. Union Pacific was also negligent for not doing their part to make the crossing safer.

The suit alleges negligence on the part of Stevens for failing to stop for a train, failing to keep a proper lookout and driver inattention.

Meanwhile, the suit says Athens ISD was negligent in their "hiring, training and supervision" of Stevens and routing the bus through the crossing.

The plaintiffs are asking for more than $1 million in damages including medical bills for Torres, burial and funeral expenses for the Bonilla family and mental anguish for both families.

CBS 19 reached out to Union Pacific for comment. UP says they will release a statement once they are served.

CBS 19 also reached out to Athens ISD and the attorney for John Franklin Stevens for comment, but neither has responded to our request.