Heading to the beach this weekend? Brett Anthony's got you covered with Brett's Beach Ball Forecast!

CBS19's Brett Anthony has got you covered all summer long as you head to the beach! 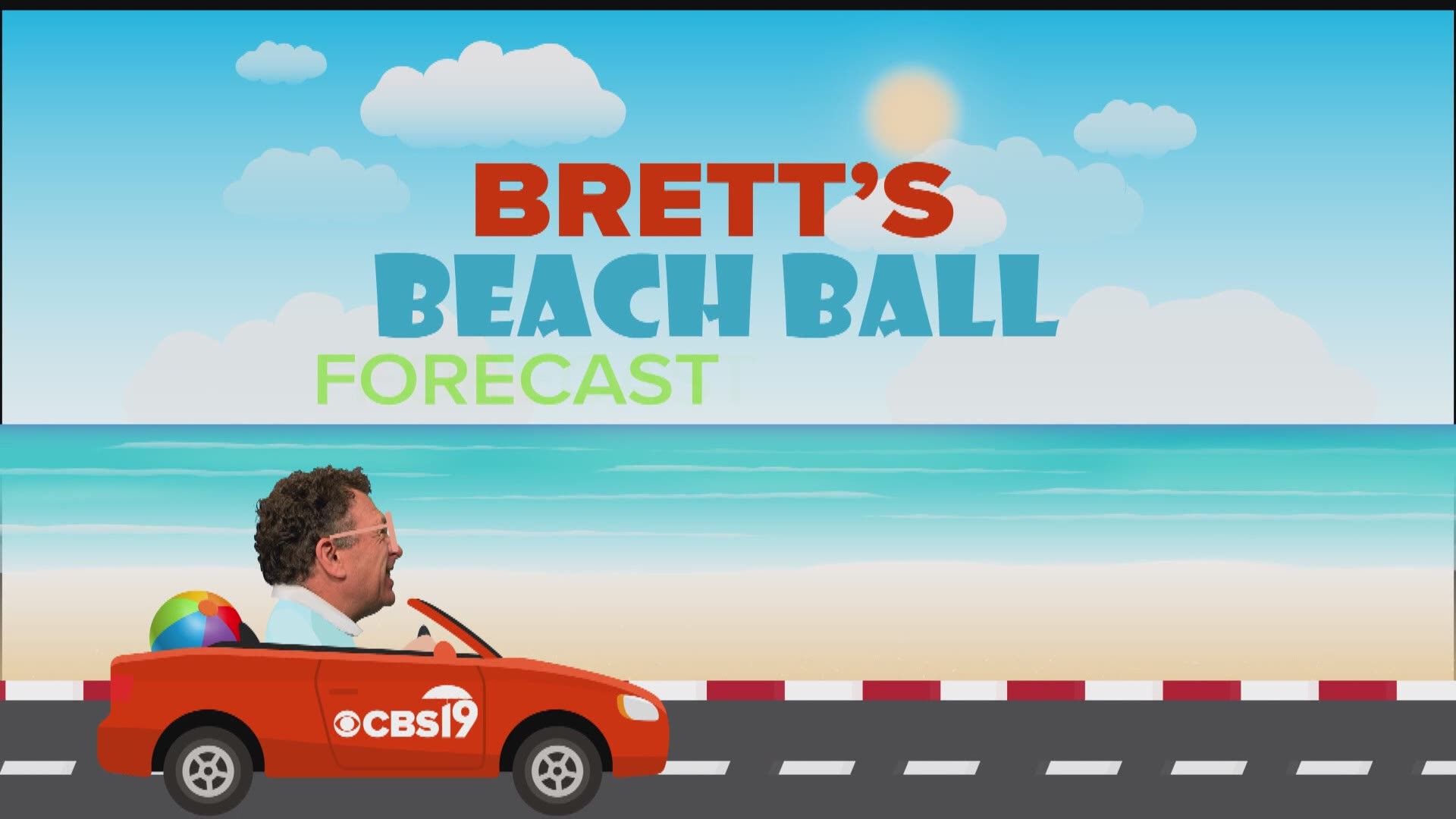 TYLER, Texas — School's out and that means trips to the beach all season long!

That's why CBS19 Chief Meteorologist Brett Anthony created Brett's Beach Ball Forecast to make sure you're prepared as you head to your favorite beach this summer!

We're focusing on beaches that are roughly a day's-drive from East Texas - places like Galveston, Port Aransas, South Padre Island, Gulf Shores and even Destin!

So, before you load up the car, check out Brett's Beach Ball Forecast so you'll know if you'll be hitting the beach or hitting the local movie theater until the rain stops.

If your beach plans include Destin or Gulf Shores, this is the weekend to reschedule if it's not too late. Destin and Gulf Shores are in the possible path of our first named tropical system of the 2021 hurricane season.

If you go ahead and travel to any location along the Gulf coast from Louisiana to Florida, plan for some indoor time.

The bulk of the weekend in Gulf Shores and Destin will be rainy and thundery. We're talking tropical downpours. Rainfall forecasts project between five and seven inches of rain between New Orleans and Gulf Shores. Tropical storm force winds in excess of 50 miles per hour are forecast along the Louisiana and Mississippi coasts Saturday.

The storm and the winds will create and extremely rough surf as waves swell to higher than seven feet. There could also be a danger of rip tides, so swimming or surfing could be dangerous.

The better option this Father's Day weekend is to head to the Texas Gulf Coast. South Padre Island and Port Aransas will offer the best conditions with plenty of sunshine and highs near 90. Winds will be gusty, at times, especially Sunday.

The storm in the Gulf will help to create some higher waves along the South Texas coastline as waves swell to more than four feet. But South Texas will be a better beach option this weekend.

Have a safe weekend and remember, even at the beach, we’ve got you covered, East Texas! Happy Father's Day!

RELATED: VERIFY: Can you get a sunburn on a cloudy day?

Is there another beach we should include or some other information you would like to see from Brett's Beach Ball Forecast, just email Brett at BAnthony@CBS19.tv.

Until next time, stay safe and surf's up!