The woman said she had gotten up to use the bathroom. When she came back, there was a truck in her bedroom. 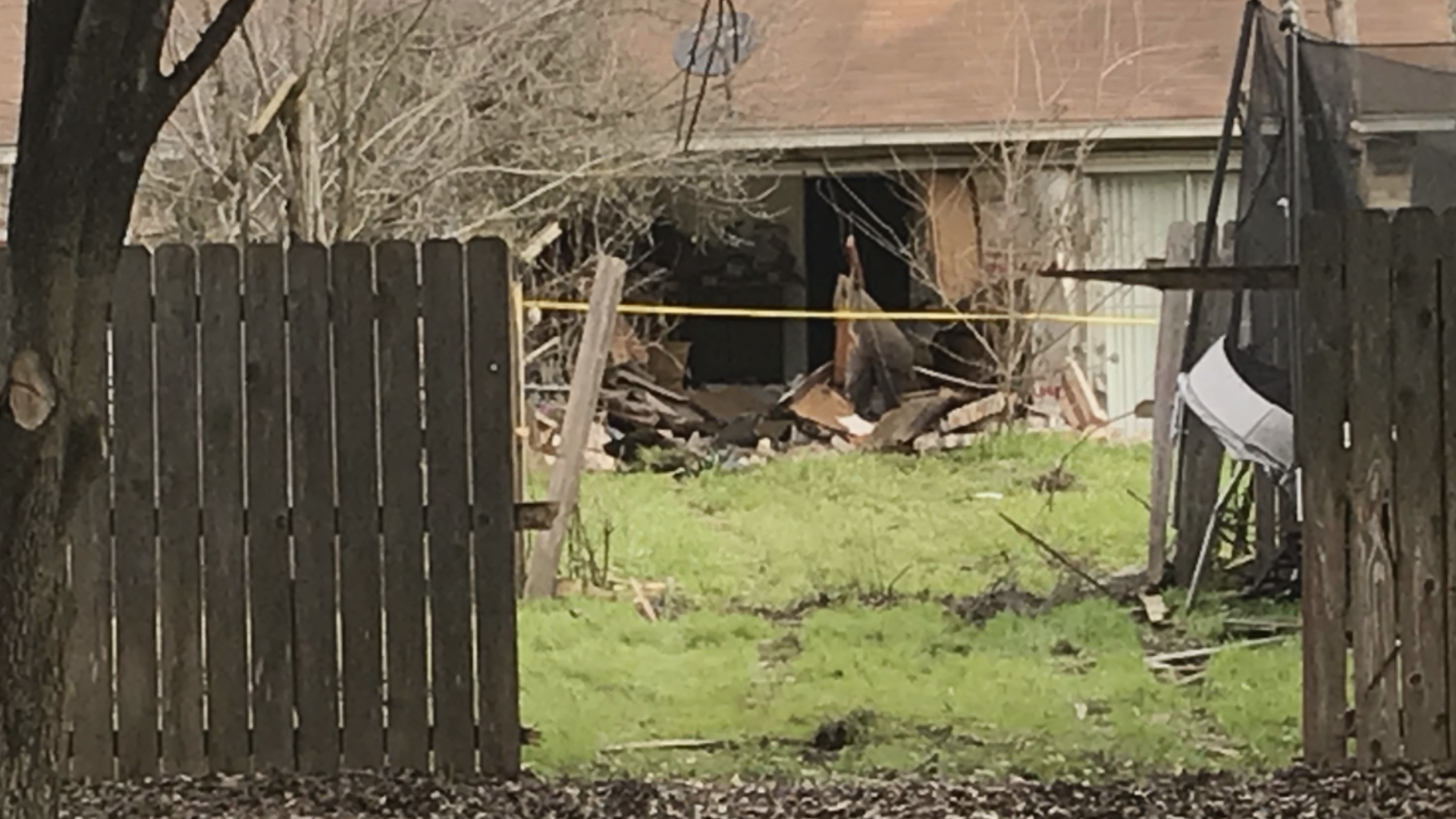 BRYAN, Texas — A Bryan woman's need to run to the bathroom in the middle of the night might have just saved her life. She told police she had just gotten up to use the bathroom and when she returned, a truck was in her bedroom.

Adam Garcia, 24, is charged with deadly conduct, DWI and criminal mischief. He's accused of driving drunk and driving his truck into the 72-year-old Bryan woman's home. Police said he caused over $35,000 in damage after hitting three properties and a car during his drive.

Police got several calls for help just after 1 a.m. Saturday and responded to the 3400 block of Timberline Court.

A witness told police they knew Garcia from when they went to school together and saw him drive onto the street, jump the curb and slam through a fence. According to the probable cause statement, the witness said Garcia continued to drive forward, hit a trampoline and slammed into the back of a home.

Police said when they got to the scene, Garcia's truck was still inside the bedroom of the woman. They said there was evidence of him driving through at least three fences and leaving the trampoline a mangled mess.

Credit: BRAZOS CO. JAIL
Adam Garcia, 24, of Bryan, is charged with DWI, criminal mischief causing damage over $30,000 and deadly conduct. Garcia is accused of driving drunk and slamming into the back of a senior citizen's home.

Police said the wall in the back of the woman's home had crumbled; they had to call Bryan Utilities and out to the scene and have the electricity and water shut off to the entire duplex after the electrical box was left damaged and a water line busted. Water had already began flooding nearby homes, according to court documents.

The Bryan Fire Department responded to the scene and helped remove Garcia's truck from inside the woman's bedroom, however, the 72-year-old woman had to leave because the home was not safe anymore, according to the probable cause statement. Police said they also tracked down a driver who was in a crash with Garcia just minutes before the crash on Timberline Court. The woman said Garcia's truck hit her car but continued to drive on Wookville Road.

1 / 4
KAGS NEWS
Fluid from what is suspected of being the man's truck can still be seen on the asphalt several hours later. Witnesses said he jumped the curb, drove through three fences before crashing into a woman's home.

Police said Garcia complained of back pain at the scene and he was taken to the hospital where he was treated and released back to officers. He is currently in the Brazos County Jail on $8,000 bond, but bond for the criminal mischief charge has not yet been set.

RELATED: Driver killed in crash with septic truck on FM 2920 near Hockley