M6 Winery was debating to open Friday but now with damage from the storm, the business will continue with to go orders only. 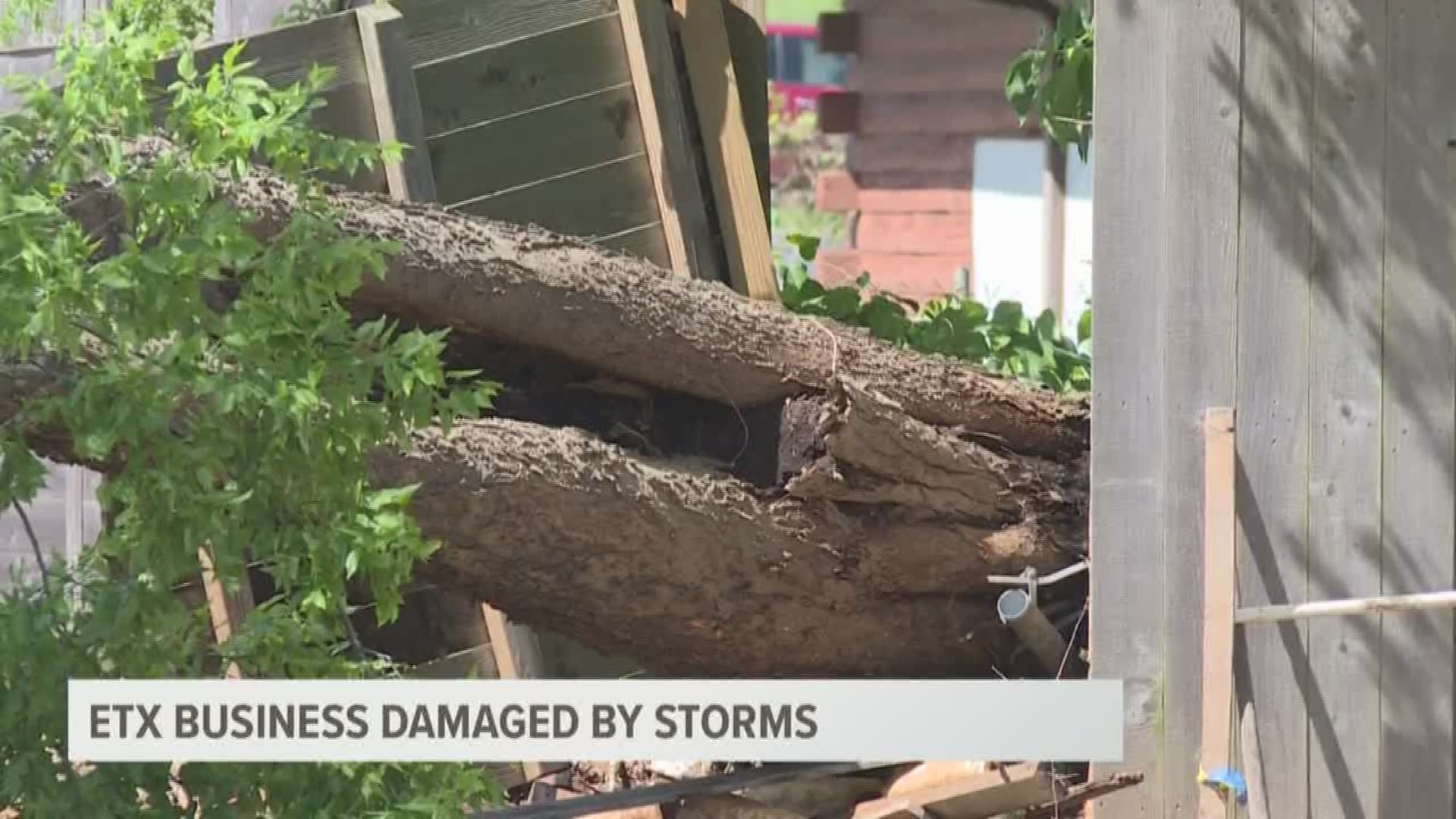 BULLARD, Texas — When the sun came up on Wednesday morning, Joe Moody, owner of M6 Winery in Bullard, received a surprise phone call.

"I got a phone call from the city this morning saying half my tree is blocking their parking lot, which was a surprise," Moody said. "It didn't seem too impactful until I came up here this morning."

Not only had a tree branch fallen on top of a construction project for the winery, but a tree landed onto his fence and the city hall parking lot.

Ultimately Moody, as well as some other locations that were hit in the city, like the public library and First United Methodist church, did not get major damage.

"Well this is just a part of life, we'll get this thing cleaned up in a few days, get it out of the way and continue building and just step right back into it," Moody explained.

However, the storm did make Moody and his wife reconsider how they should reopen the winery.

"My wife and I were talking about it last night, about when to open,” Moody said. “And this will delay our opening had we decided to open Friday."

Instead the winery will continue with to go orders for now.

"I fully expect to open the tasting room, but maybe not for tastings and also for people to sit outside weather permitting," Moody said. "Cause I’m still going to exercise a little more caution for exposure."