Construction is underway for the city's first Starbucks and Panda Express. The TahWahKaro whiskey distillery is taking over the old Coors plant this summer. 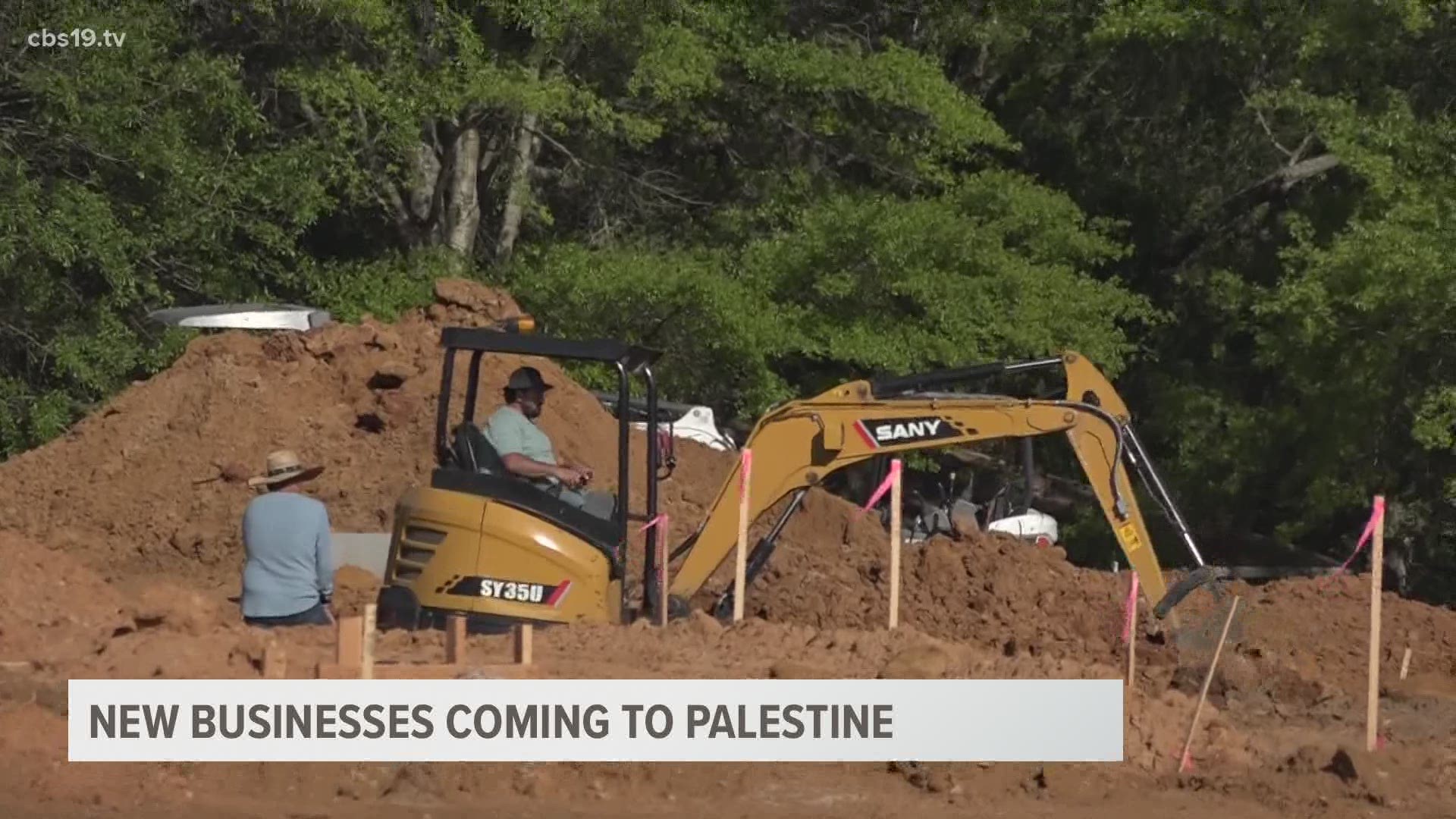 PALESTINE, Texas — We may still be in the middle of the pandemic, but there is some good news on the business front, construction is underway for new businesses in East Texas.

New restaurants, coffee shops, and living developments are coming soon to the City of Palestine.

"It's exciting, I mean for years we didn't have anything come new and now we are just waiting for retail," Palestine city secretary Teresa Herrera said.

Along Loop 256 the city's first Starbucks Coffee and Panda Express are being built. The city's Cotton Patch Café has plans to build a new and larger restaurant in another part of town.

A new multi-family living development called The Overlook Apartments will bring more housing to the city, something city officials say is a necessity.

The TahWahKaro Distilling Company has plans to take over the old Coors plant on Church Road. The distillery has been operating in Grapevine. City officials said once the distillery opens up this summer, it will make Palestine part of the Texas Whiskey Trail.

"Having the TaWahKaro Distilling Company located here has specific tourism advantages as well. They already have an established reputation and won two gold medals at the 2020 SIP Awards for their Cask Strength Straight Bourbon and Texas Rye Malt Whiskey. This reputation will help to attract tourists looking for activities in East Texas," Economic Development Director Lisa Denton said.

City officials said the projects will have a combined capital investment of over $44 million and will add more than 100 jobs to the area.

Here is a list of the current projects and renovations in the City of Palestine: