A donation to the Caldwell Zoo will be used to expand the cheetah breeding facility. 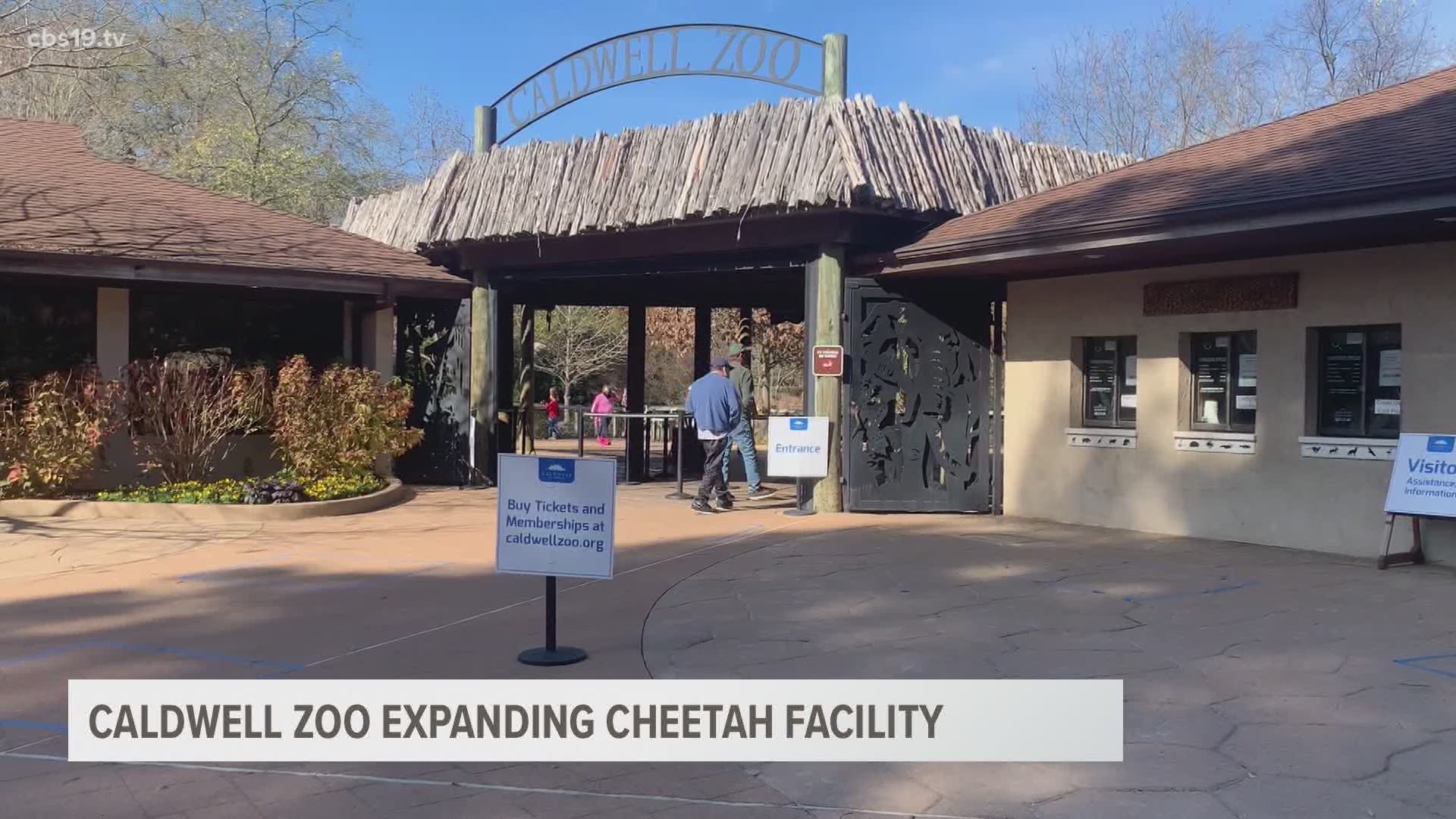 TYLER, Texas — Cheetahs are one of the fastest animals on land, but one of the species' biggest threat is genetics. The big cats have a low rate of reproductive success and are not always able to reproduce.

As cheetahs face extinction, zoos like the Caldwell Zoo in Tyler, are working to ensure that won't happen.

The Caldwell Zoo is one of 11 breeding facilities in the United States for African cheetahs. Executive Director, Hayes Caldwell, says they had hoped to expand their facility in 2020 to help the population.

"Like all businesses, we faced some challenges this year," Caldwell explained. "One of our plans was to expand our cheetah breeding facility. We decided to push that back."

The zoo planned to find a way in 2021 to do the expansion. But when Hayes learned the news of a donation from the Coats family in honor of Dr. David Coats, the plans changed again.

"His [David's] favorite animals were big cats," Caldwell said. "So with our plans in place to increase our cheetah breeding facility, they [Coats family] thought that was a most fitting tribute to him."

A donation to the Caldwell Zoo in honor of Dr. David Coats, will help to expand the cheetah breeding facility. The additional space and a new building will benefit the zoo as well as the cheetah population. @kytxcbs19 pic.twitter.com/FU2idhLcHm

Currently, the zoo can breed one cheetah a year. With a new facility and extra space for moms and cubs, more cheetahs should be able to give birth each year.

The expansion will be behind the breeding facility "to give the animals privacy that they need and deserve."

Construction is anticipated to begin in early 2021 and be completed around April.

RELATED: How to help Caldwell Zoo have Christmas for their 'wild family'