Several former employees of Cantina Laredo tell CBS19 they haven't been paid what they're owed and some even claim to have been threatened by the owner. 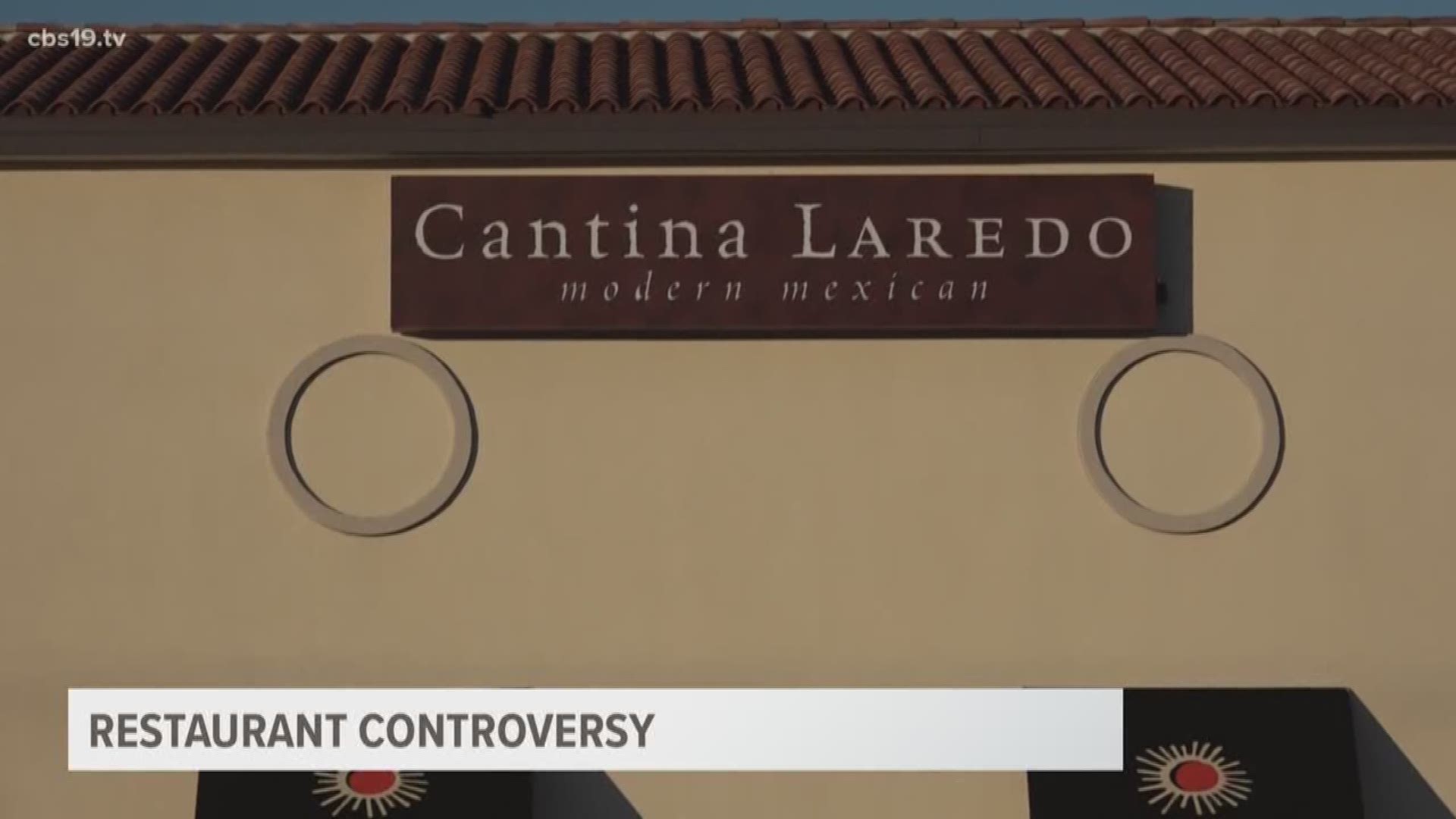 TYLER, Texas — Several ex-employees of Cantina Laredo, a Mexican restaurant on Old Jacksonville Highway in Tyler, are claiming they have not been paid what they are owed. Some even say the restaurant's owner, Bobby Asad, has threatened them.

Another former employee says he was only paid $157 over a two-week pay period. He tells CBS19 he was owed much more between his hourly pay and tips. He also claims Cantina Laredo refused to allow him employee to see documents concerning how much he made in tips or how much he made.

CBS19 reached out to Cantina Laredo and Asad who released the following statement concerning the allegations:

"Cantina Laredo Tyler is an independently owned franchise and operated by Bobby Asad. This morning, January 23, 2019 my business was visited by the US Department of Labor Wages and Hourly Division from the Dallas District Office and the Tyler Field Office and confirmed that our employees have been paid properly and in a timely fashion."

Along with the above statement, David Tomez, a manager at the restaurant, addressed the situation saying it's been blown out of proportion.

"The situation is false because we've had the labor department out here this morning, we went over numbers, they took the numbers, everything matched up, some employees were overpaid," he said.

Some of the former employees agree they were overpaid in the number of hours worked, but the tips weren't included in the check.

"I got too many hours, but I still got no tips so it still didn't balance out for me," Shelby Fann said, who was with the restaurant since it opened. "I've told everyone, I really don't care about the money anymore, I just want Bobby to do what is right and this is wrong."

Fann also claims to have been personally threatened by Asad.

Tomez also said employees were late receiving their paychecks because the safe was broken, and the parts to fix it are on the way. He claims no one can access what is inside the safe until it has been fixed.

A group of employees who met with CBS19 say while they know the safe is broken, the checks they have received are inaccurate and that is why they are speaking out. They also want the public to be aware of what is going on.

"Because I worked hard for that money and we all work hard for our money," Conner Sciarrini said.

They say if the restaurant and Asad are in the right, they should be able and willing to show them the documentation to prove it.

As for Tomez, he says these accusations are hurtful and he would not stand for his employees not being paid.

"But I'm not going to screw nobody out of their money." says Tomez. "That's something I don't do. I wasn't brought up that way."

The half-dozen employees plan to follow up with the U.S. Department of Labor Wage and Hour Division and seek help at Workforce Solutions.

Asad has owned and operated several Tyler eateries that have permanently shut down including: