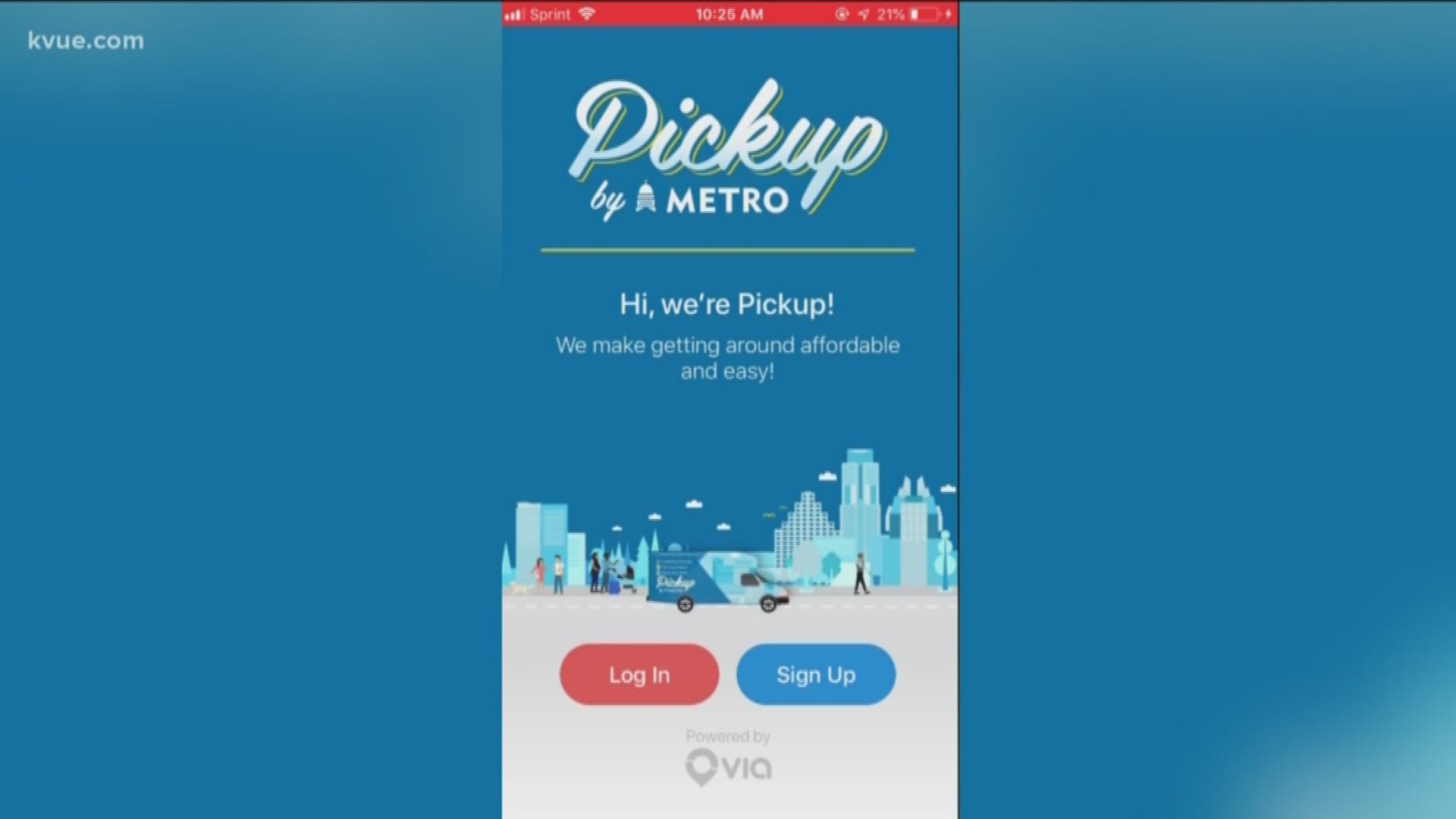 AUSTIN, Texas — Capital Metro's new on-demand service is up and running in Austin.

The Pickup app is similar to Uber and Lyft, except the ride is supposed to be more affordable. With this service, a small bus picks you up and takes you to your destination for $1.25.

Christina Ocasio, who lives on the east side, has already been using this new bus service several times.

“I can do my grocery shopping,” she said.

As her car gets fixed, she has been using her bike, so she said it's been helpful.

To book a ride, download the app first. It is called "Pickup by Capital Metro" and it is free. After that, enter your information. You can choose to pay with a card or with a CapMetro pass. Once you enter that information, you can choose your destination and a small bus will pick you up, the transit agency said, in 15 minutes or less.

Road improvements on Guadalupe Street might bring some confusion

KVUE tested the app on Wednesday and a bus arrived in about 10 minutes.

“It's different than the fixed route in that it can pick you up and take you to the grocery store,” said Ora Chisom, innovative mobility project manager for Capital Metro. “Shopping, to a friend's house, to a doctor's appointment and drop you off at that exact location."

You can only use the service within four Austin neighborhoods and one neighborhood in Manor.

Those four neighborhoods are Northeast Austin, near Manor Road; the Walnut Creek neighborhood, near Parmer; East Austin and West Austin off Exposition Boulevard.

Cap Metro said it chose these zones to make up for bus service these areas lost.

"We did community outreach,” said Chisom. “Things of that nature to kind of determine the type of service folks wanted. And so that is why we put the services back and actually the service area has been expanded a little bit more than what it had originally."

The Pickup service runs Monday through Friday from 7 a.m. to 7 p.m.

In northeast Austin and East Austin, it also runs Saturdays from 10 a.m to 6 p.m.