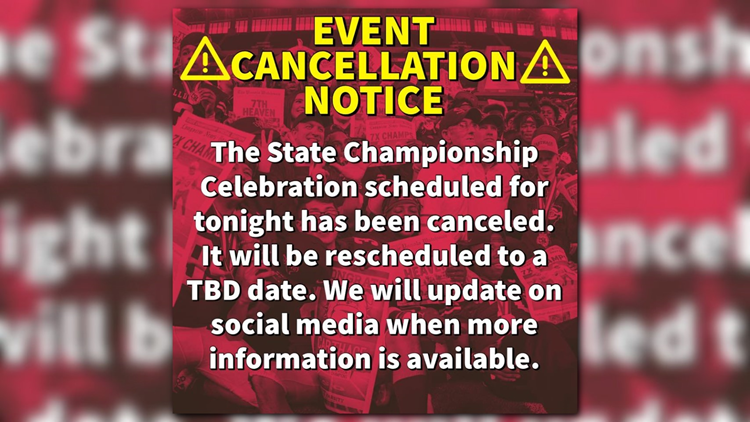 According to Carthage High School, the event will be rescheduled for a later date.

The team dedicated their victory and undefeated season to the late Dennis McLaughlin, also known as Coach Mac.