In his second season as the head coach for the Hornets, Harrell looks to bring in a foundation that is based on championship defense. 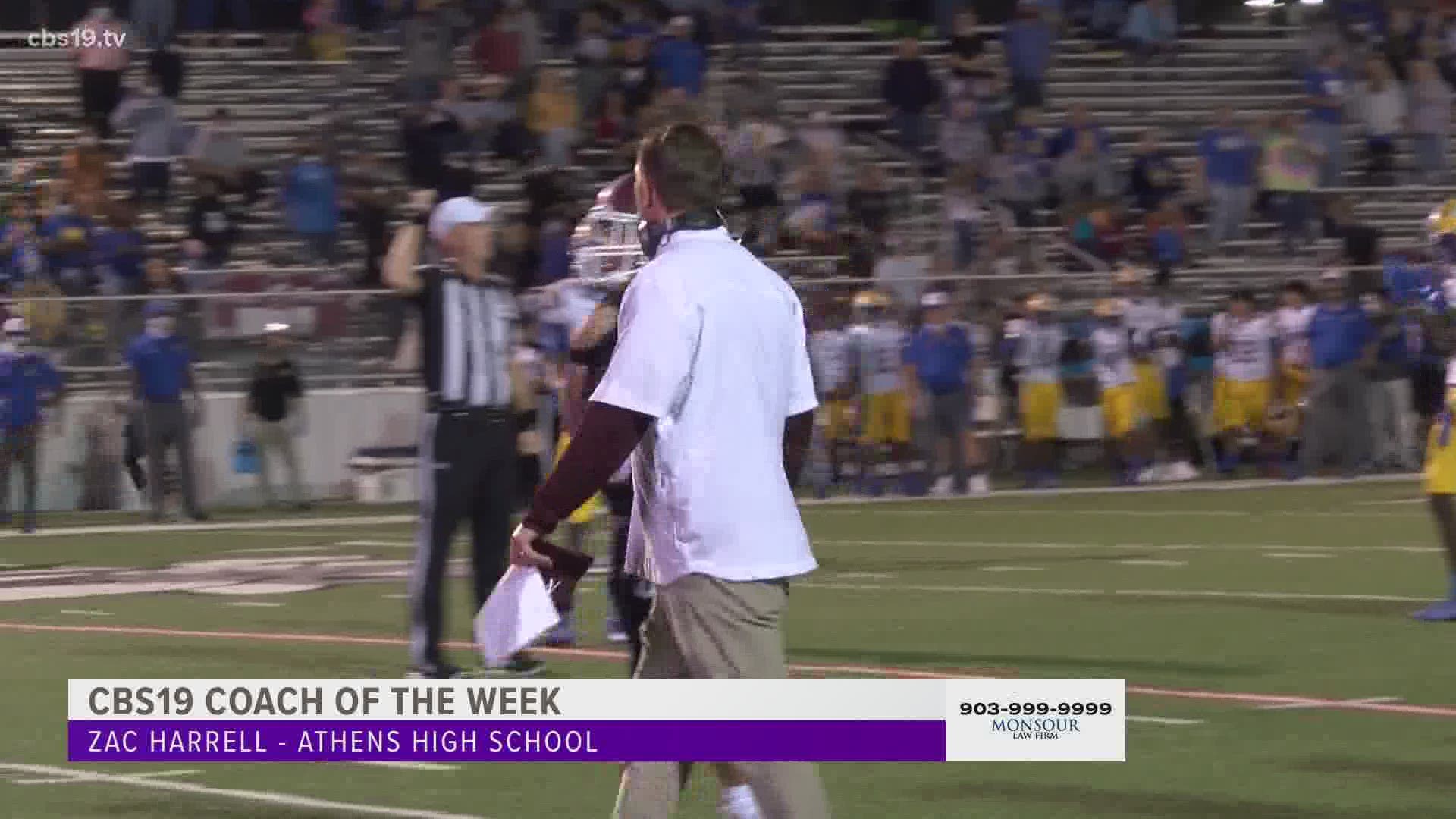 In his second season as the head coach for the Hornets, Harrell looks to bring in a foundation that is based on championship defense.

“The defense has really carried us and have created a lot of opportunities for us," he says. "We want to build this program on championship defense, and our kids have really bought into that and changed that culture.”

Football is a family affair for the Harrell family.

Zac is the son of Texas high school football coaching legend Sam Harrell. He’s also the older brother of Clark, the New Diana head football coach, and Graham, the offensive coordinator and quarterbacks coach at the University of Southern California.

“With that many coaches and competitive people, when there’s not fighting because there are fights sometimes because it’s pretty competitive, there’s a lot of football talk and plays being drawn on napkins," Zac said.

The Hornets are currently 4-1 overall and will look to continue district play at Henderson on Friday.