Going into his first season at the helm for the Bears, Louvier inherits a team filled with talent and plenty of experience. 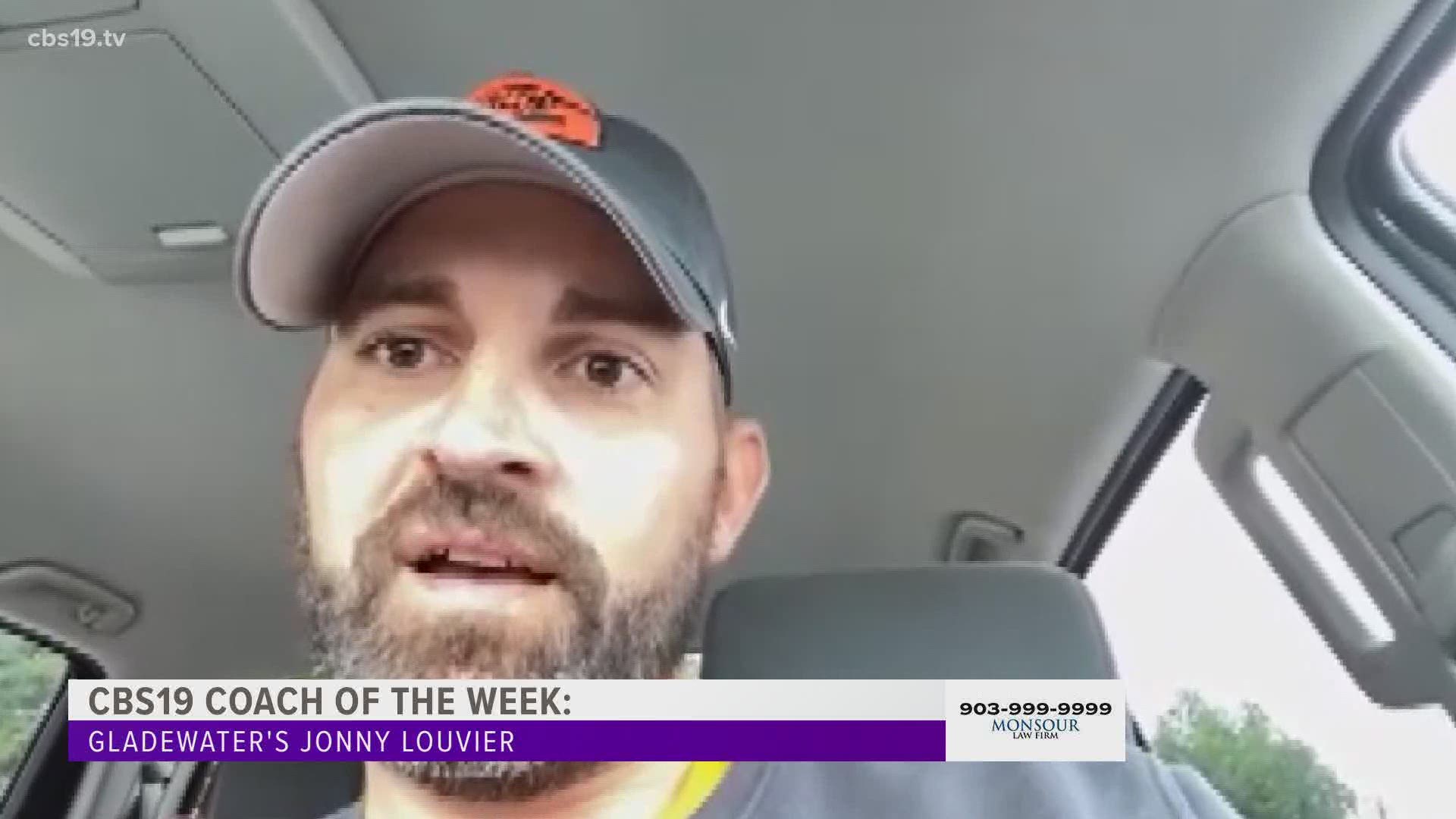 Going into his first season at the helm for the Bears, Louvier inherits a team filled with talent and plenty of experience.

It’s a full circle moment for the young head coach.

Louvier is a 2002 graduate of Gladewater High School where he shined as a four-sport athlete (football, basketball, baseball and track).

As a senior quarterback, under then-head coach David Hussman, he earned honorable mention All-State accolades. He was named the District 14-3A Offensive Player of the Year and was a two-time All-East Texas selection.

Louvier also won the Wendy's High School Heisman and was named to the Academic All-State team.

On the basketball court, he earned district MVP honors twice.

“I remember being in the stands at the Southlake Carroll games, the Daingerfield games, and then being able to play in the stadium was big to me," said Louvier. "The community support is great.”

Louvier comes to Gladewater after spending a season at Spring Hill. He led the Panthers to their first playoff appearance since 2007. They also claimed their first postseason victory since 2004.

Gladewater looks to get back in the win column on Friday when they travel to R.E. St. John Memorial Stadium to take on the Kilgore Bulldogs.