Last year, the Texas State Cemetery was 300 wreaths short of covering all of the gravestones -- and this year, seven-year-old Remmer Machamer of Cedar Park wasn't going to let that happen again. 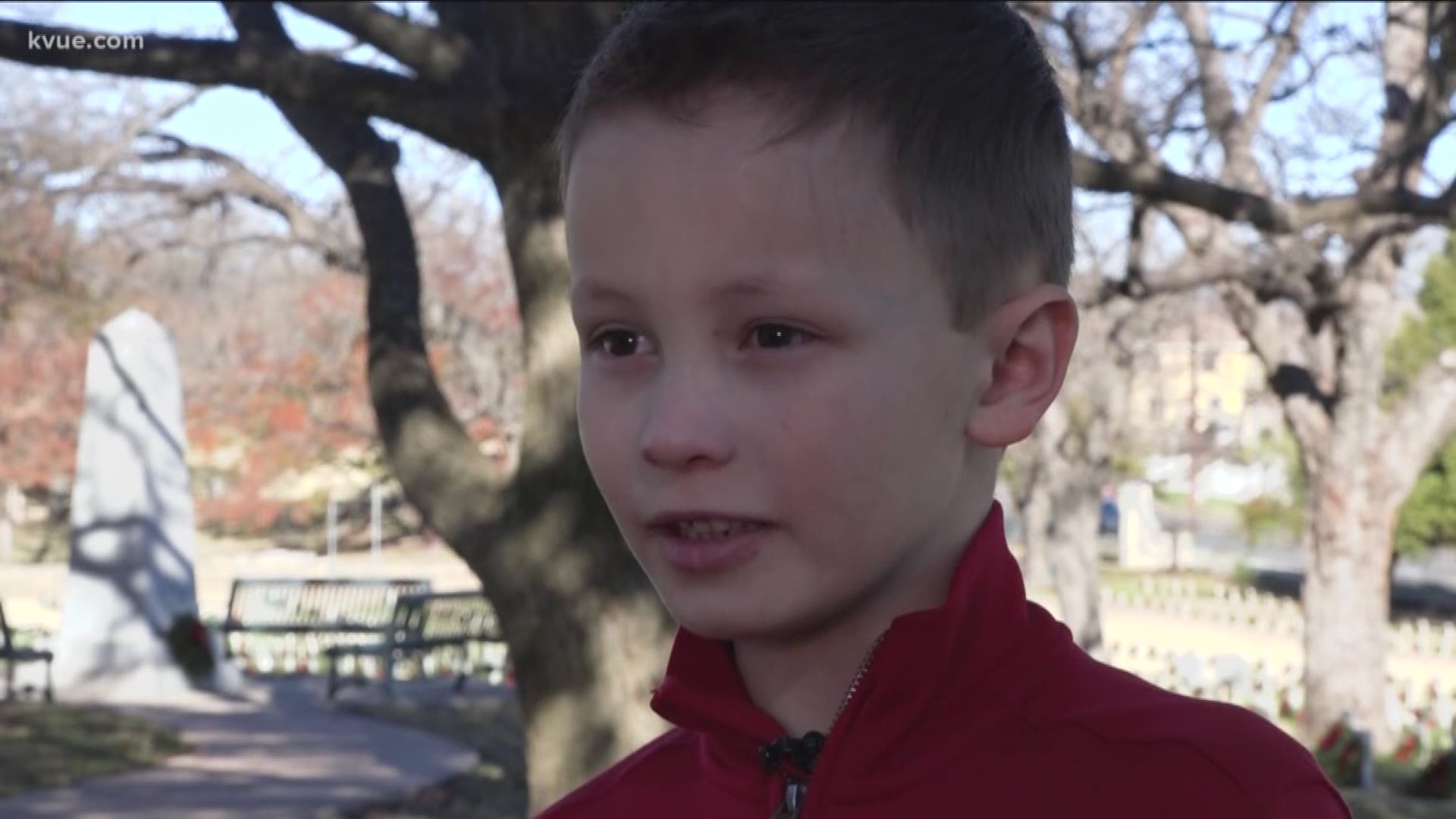 AUSTIN — Governor Greg Abbott honored Texas veterans on Saturday as part of the Wreaths Across America event in Austin.

Wreaths Across America has become a tradition all over the country, where people lay wreaths over the top of veterans' grave sites.

Those wreaths are paid for through donations by the public.

Last year, the Texas State Cemetery was 300 wreaths short of covering all of the gravestones -- and this year, seven-year-old Remmer Machamer of Cedar Park wasn't going to let that happen again.

The award was for raising over $2,000 for the Wreaths Across America.

His mom, Kristin Machamer, said after a DAR meeting, where Remmer heard of the shortage of wreaths last year, he went door-to-door asking people to donate.

"So, he came home and wrote a speech on his own and then rehearsed it and started knocking door-to-door and, over the course of doing that, raised over $2,000 ," Kristin said.

After knocking on so many doors, the money raised enough for 200 wreaths, sealing the deal that every wreath at the Texas State Cemetery would be covered.

When KVUE's Luis de Leon asked Remmer why he did this, Remmer simply said, "A solider is like, one of the most important people in the whole United States of America."

He continued, saying, "They risk so much for us. They deserve something."

Saturday morning during the wreath-laying ceremony, Remmer was recognized with a medal and also got to meet Gov. Abbott.

"I'm focusing on all of the soldiers getting wreaths," Remmer said.

His mom is beyond proud of him and didn't expect so much money to be raised.

"I thought maybe a couple hundred would be amazing that he would do," Kristin said.

But she and Remmer both said they just want people to participate and hope the tradition is celebrated every year.

"I'm, of course, really proud, but we're also trying to work really hard on staying – keeping focused on the purpose of all of this," Kristin said.