Children Are A Gift: Ashton and Mason ready for a stable home

Two young brothers, who have moved around a lot in their short lives, are ready for some stability. They're hoping to find just the right family where they belong. 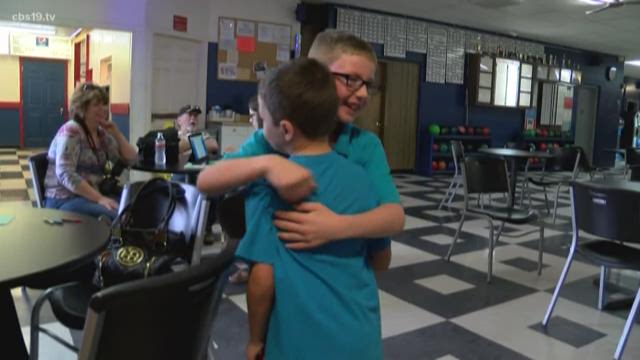 Mason and Ashton's bond as brothers runs deep. "He has been with me through this time and he is basically the only one I can count on and he can count on me," said Mason. "I want to stay with Ashton because he is my brother and we count on each other."

They may be competitive at the bowling alley, but their love for one another is something special. "They are very attached to each other. When we were coming up here, Mason was helping Ashton cross the street and holding hands," Kimberly Rhodes, adoption worker.

The brothers hope to find a family where they can stay together and one that likes to be active just like they are.

"They need a family that is very active and if they do have children, they are okay with a lot of activity and hustle and bustle," says Rhodes.

A day at the bowling lanes was right up Mason's alley. "I like to do bowling, building lego sets together, building different things. I like school," says Mason. He doesn't just like one subject. He likes them all. "I can read pretty fast. I have a chapter book that I am reading. I own this one. This one is 21 chapters. It's very thick. It's Star Force Awakens," says Mason. Mason excels at building things and even fixing them, like a tricycle. "It was just awesome. I told the teacher and she said you have to be an engineer," Mason said.

Now, Ashton is a little younger, so his career plans are more super hero inspired. "I want to be Batman," said Ashton. So, his favorite things to do may not surprise you. "I like to watch Batman a lot and I like to eat pizza, cooked broccoli."

Ashton and Mason have moved around a lot, so trust is something they may need to work on in their new home.

"I think the Trust is buildable. They are really neat kids. We just need to find the right match," said Rhodes.

Mason hopes to find a mom and dad that he and his brother can count on for the rest of their lives. "I know God has a plan for me," Mason said.