Construction is anticipated to begin in June for a new convention center to replace Harvey Hall and finish around October 2022 for the Rose Festival season. 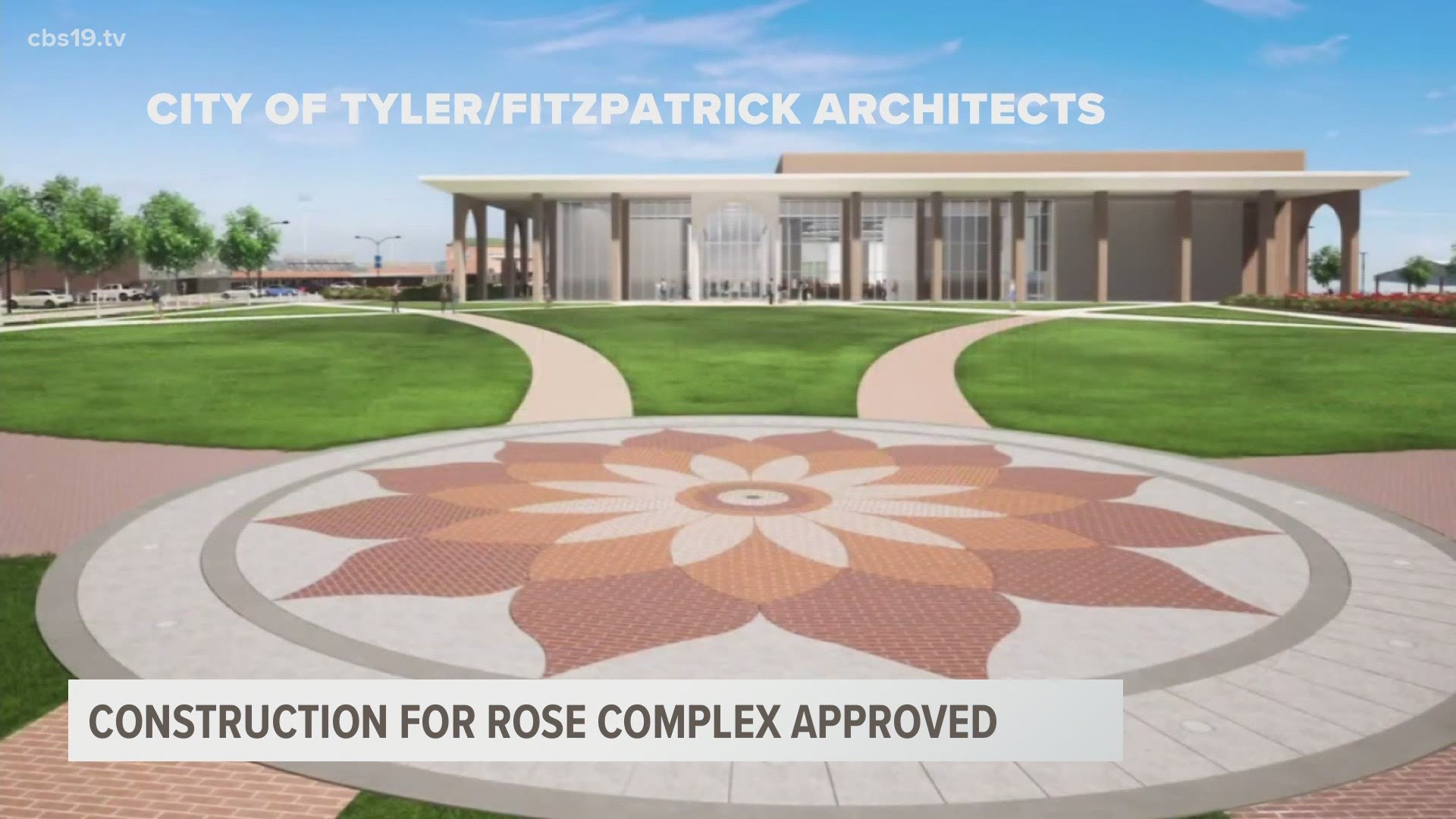 TYLER, Texas — Since 2016, the City of Tyler hasd been working on a new convention center. In 2019, it was announced the Rose Complex project would be built where Harvey Hall is currently near downtown.

However, the pandemic stalled the city's plans. Then after the local economy began to recover, the Tyler City Council decided to put the project out for bids.

The plans for the complex were designed by Fitzpatrick Architects, who has also led the planning for other downtown revitalization projects.

Stephanie Franklin, managing director for the city, said the project will help boost the economy coming out of the pandemic.

"It's gonna provide an opportunity for, a big opportunity for new tourism," Franklin said. "And not only tourists but also the local community, people being able to have new and different and bigger events at that facility. So all of those things combined make such a unique center point focal point for tourism and travel and our local economy and community to take part in."

Harvey Hall is expected to be demolished around June, or when NET Health is done using the building as a local vaccination hub site. Construction is anticipated to end before the October 2022 Rose Festival season.

The Rose Complex will have more than 60,000 square feet of meeting spaces. It includes a new convention center to be built and pushed back toward the middle of the complex, a more efficient configuration for meeting rooms inside and outside of the center, and a green space in front.

Tyler Mayor Don Warren said while the project won't bring in money yet, they're hoping it will spur downtown revitalization efforts.

"The conference center isn't going to bring in a gazillion dollars, but it is going to bring people to Tyler to shop, to eat, to sleep in our hotels and to create just this excitement that downtown's got so much going on," Warren said.

The project will be funded by bonds, Hotel Occupancy Tax and Half-Cent Sales Tax revenue funds, and private donations.