During Wednesday’s meeting, city council approved to reduce the minimum size to 1,300 square feet in hopes of reaching the goal of 3,000 new homes in a couple years. 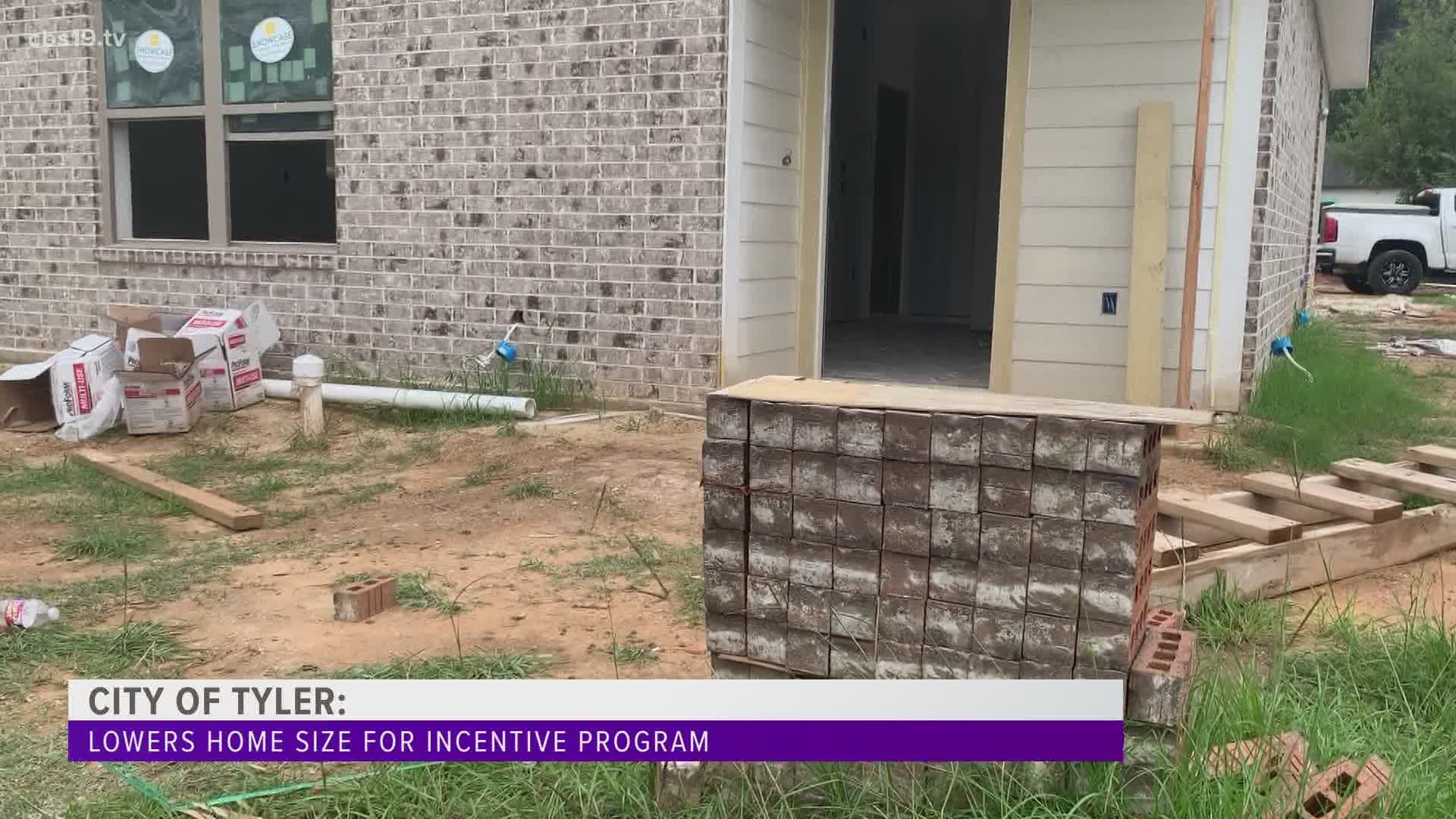 TYLER, Texas — The North End Residential Building Incentive Program was created to bring in new growth to the north Tyler area around Butler College and Texas College. The City made a goal in 2007 with the Tyler 1st Comprehensive Plan to have 3,000 new homes in the area.

“We saw a drop in response to the program because of the minimum square footage for the houses,” Heather Nicks, Tyler planning manager, said.

City Council Members Broderick McGee and Shirley McKellar who represent district 2 and 3, which is where the program is targeted, both had developers come to them about this issue. McKellar says her constituents explained to her the minimum house size was out of many people’s price range.

“We kind of looked at the program and thought maybe we need to kind of reduce the square footage to get some people more interested in and put in some homes in those areas," McGee said.

The Tyler City Council approved during Wednesday’s meeting to reduce the minimum size to 1,300 square feet in hopes of reaching the goal of 3,000 new homes in a couple of years.

McKellar says she couldn’t wait and passed on the good news to developers in her district.

“Several builders have said, probably about six of them said, they're ready to go now that we're going to reduce that 1300 square footage,” she said.

It’s the hope of the city council members that new home developments will lead to a ripple effect in the North Tyler community.

“We're hoping that these additional rooftops will spur that type of development,” McGee said. “More restaurants, you know, pharmacies, just whatever, whatever that area is missing.”

The program offers people who want to build a single-family home waivers for certain fees and a reimbursement for building permits.

Applicants have 180 days from the date the building permit is issued to complete and obtain a certificate of occupancy for the property. If the project is not completed within 180 days or within any granted extension timeframe, all previously waived fees will need to be paid.

Builders and residents should contact the Planning Department at (903) 531-1175 with questions or to apply for the program.