Colleyville mayor doubles down on not enforcing county mask order

Colleyville will not punish owners and residents who refuse to wear masks at city businesses, despite a county order mandating it. 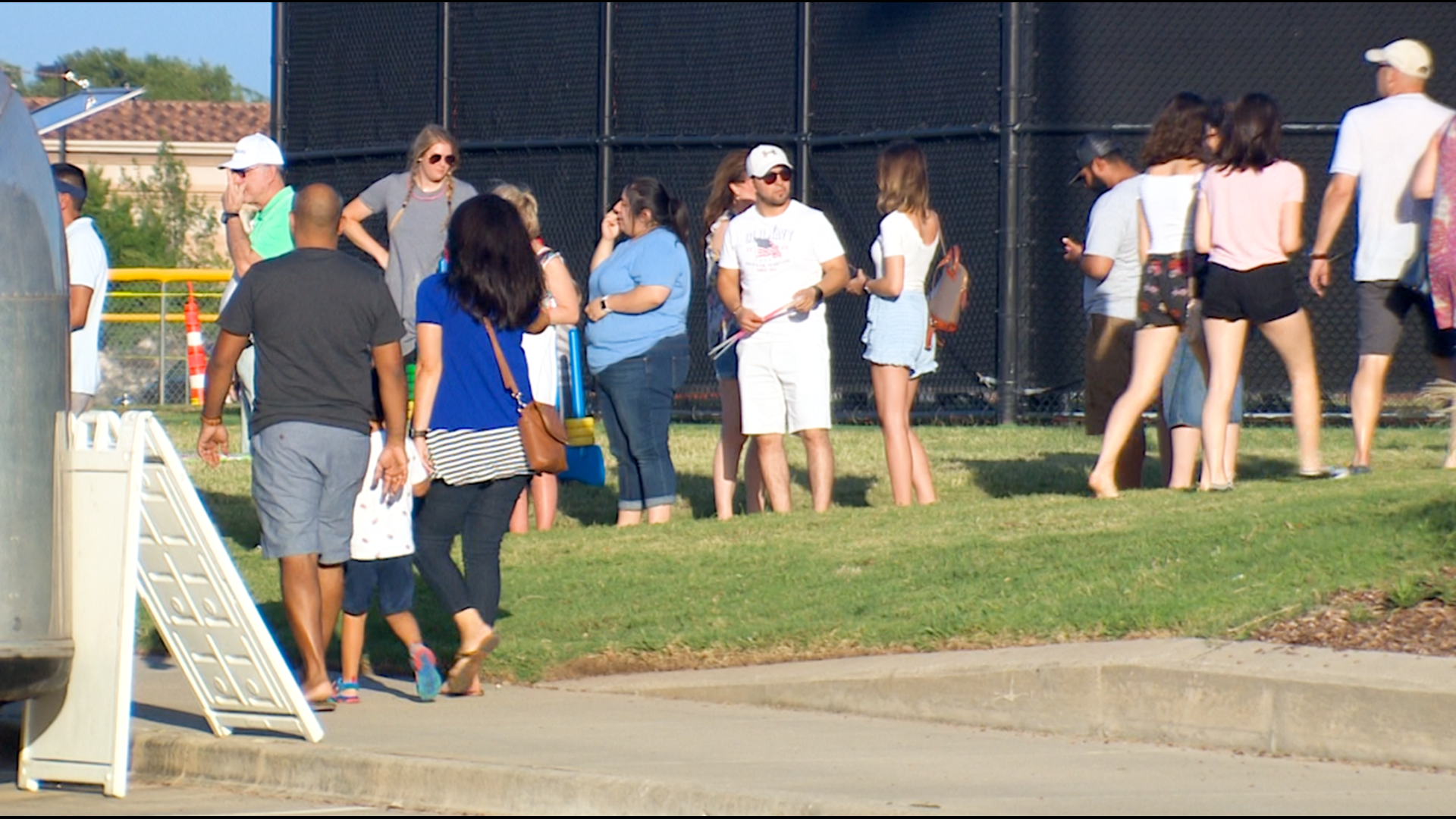 It also banned outdoor gatherings of more than 100 people without the approval of local governments.

Mayor Richard Newton and the City of Colleyville allowed the Stars and Guitars festival at Colleyville City Park to go on as scheduled.

The new county requirements came as the county's total COVID-19 cases surpassed 10,400 and continue to climb.

Judge Glen Whitley signed the executive order, requiring people and workers to wear masks inside Tarrant County businesses and at outdoor events of 100 people or more where social distancing is not feasible.

If businesses or organizations don't comply, they can be fined anywhere between $500 and 1,000.

Masks weren't required at Friday’s event because it was being held on a 40-acre space, with room to social distance per Newton.

Families could also watch the fireworks from their cars and listen to the event on the radio.

It was the first time Newton spoke publicly since his mayoral proclamation, something council members don't vote on.

Whitley's past executive orders have been enforced by cities, not the county itself which normally handles unincorporated parts of the county.

When asked why the City of Colleyville was breaking ranks with the county, Newton said that the order put too much of a burden on businesses.

"It puts our businesses in an unfair position to enforce something that even our governmental agencies cannot enforce," Newton said.

Then, Newton instituted that his police department couldn't handle the task of writing tickets for violations to the orders.

"The difficulty in enforcement could lead to some embarrassing situations for law enforcement that we just choose not to participate in," Newton said. "You're seeing the county make a decision and you're seeing us not make the same decision."

However, Newton still encouraged people to wear masks and said there will be masks available for families at Stars and Guitars who want them.

RELATED: City of Colleyville announces it will not enforce Tarrant County mask order

"I expect it’ll be a very safe event,” Newton said. “I encourage people to take every precaution they possibly can take."

“I do think it’s dangerous,” Whitley said. “I think it sets a very poor example for an elected official.”

“It’s [Whitley's] order,” Newton responded Friday. “It’s the county’s order and he’s welcome to enforce it, so what is dangerous about that?”

Newton said he frequently wears masks at area businesses and encourages constituents to do the same, but said city employees will not punish businesses or residents who choose not to.

WFAA asked Newton if he thought that was a double standard.

"No," the mayor simply said.