Looking for a way to stay active during COVID-19? A Tyler based company iTRI365 created the "CoRUNa Series" for East Texans. 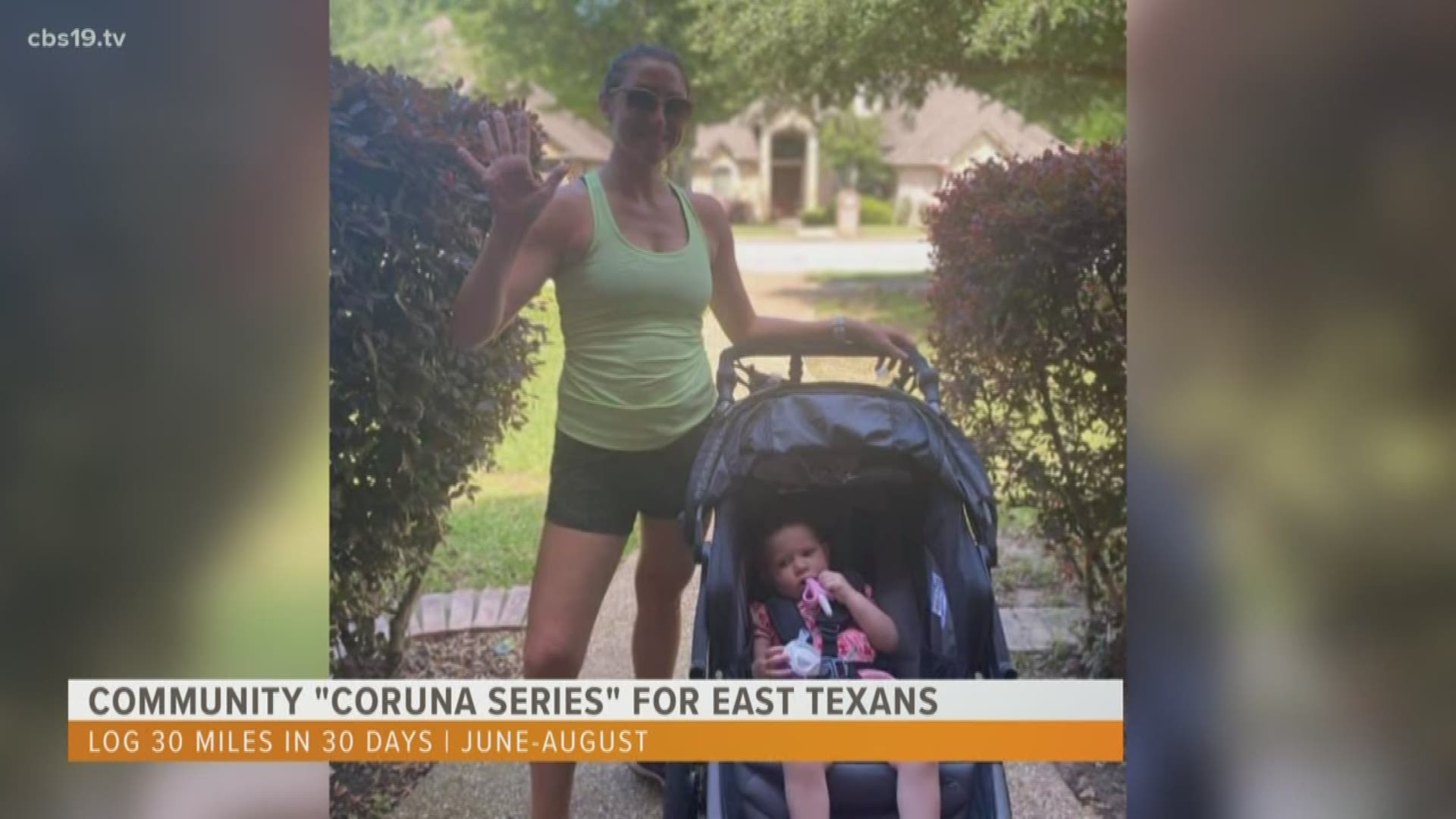 TYLER, Texas — Looking for some inspiration to stay active during COVID-19? The "CoRUNa Series," is one way to do that. With a goal of 30 miles a month.

The Tyler based company hosts events for nonprofits and organizations year-round. Two of their most popular, the Freedom Fighter 5K at Bergfeld Park, and the Beauty and the Beast Bicycle Tour.

“It was really almost a day by day thing in the beginning,” Bryans said.

To combat events being canceled and postponed, the company created the “CoRUNa Series.”

In early April, they started asking people to participate in getting active for 30 miles.

“It doesn't have to be running,” Bryans said. “It can be walking. It can be on your bike. It could be on your treadmill or inside your house. It could even be like kayaking on the lake. We're not really picky about whatever active looks like to you.”

From April up until the end of May, the group has had more than 170 participants so far.

“We have a lot of seasoned runners that are participating, and they're logging way more than 30 miles a month, but we wanted something to be achievable,” Bryans said. “If you want to try to encourage the rest of your family to get active, it's not something that's so daunting that your kids can't do it. Or somebody who's not used to being active, maybe couldn't do it.”

You can register for the CoRUNa Series at iTRI365.com.

The series will end August 31. “Swag Kits” are delivered to participants who log 30 miles. The kits come from stores locally and help give back to them during this time.

ITRI365 will host events virtually in the coming months such as the Freedom Fighter 5k, and The Diva Du 2020 Virtual Event.