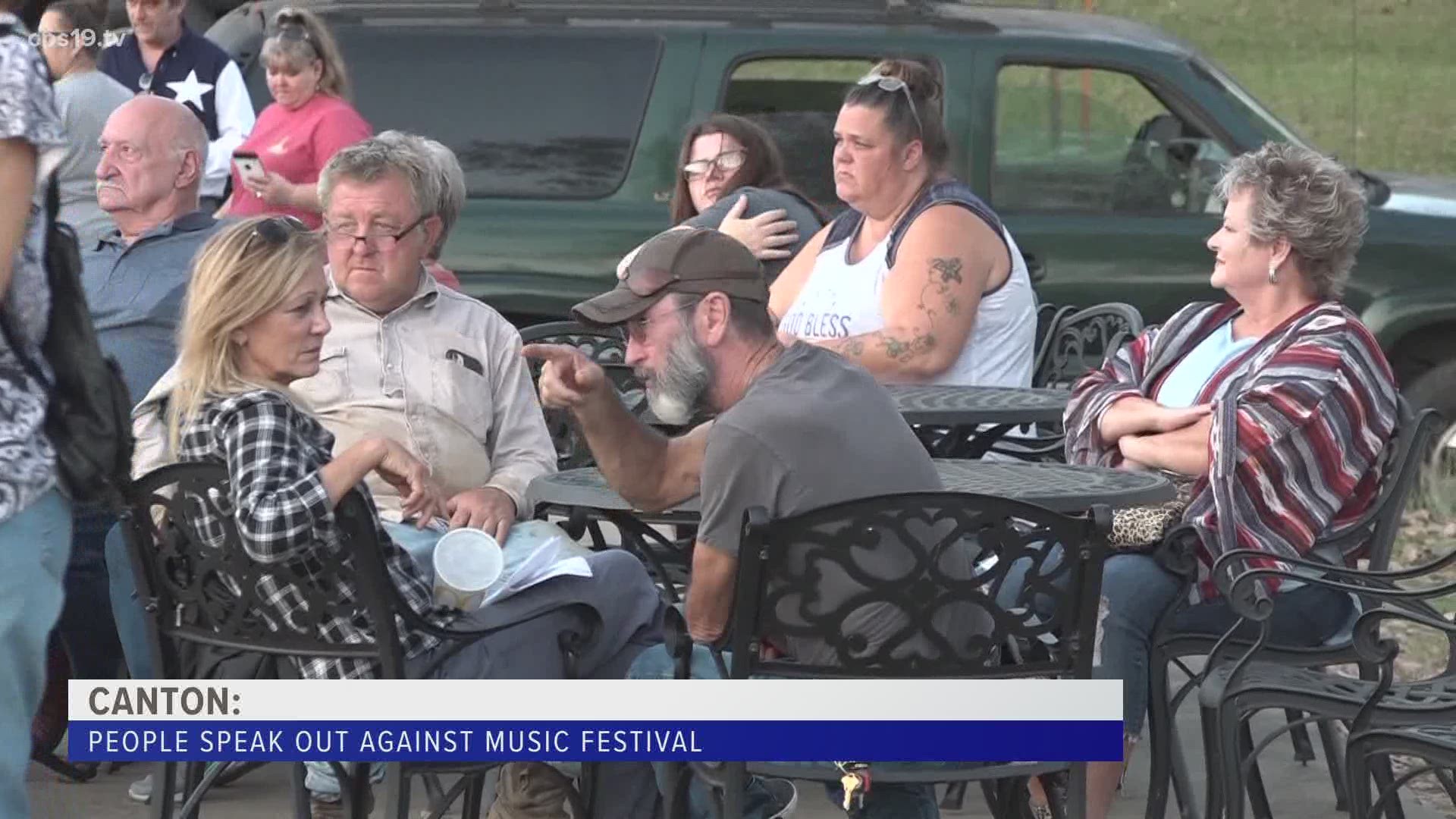 Dozens of people crowded Canton's City Council meeting Tuesday, to voice their concerns against the festival, SLVTZgiving. According to the organizer, the event is a music, arts and camping festival with live music, yoga sessions, vendors, games and artists.

Because the meeting reached full capacity, everyone was not allowed inside. Thus leaving, a large group of people outside city hall conducting prayers and carrying on conversations. Texas Militia were also present outside City Hall doors.

Before the meeting began, SLVTZgiving organizer, 26-year-old Grayson Berry was arrested in front of the crowd of people and taken away by police. According to Van Zandt County police, Berry is charged with manufacturing and delivering a controlled substance along with two counts of possession of a controlled substance. People began to chant "All Lives Matter" and "Black Lives Matter" as Berry was taken to jail.

Canton resident, Trisha Null, hopes the event does not occur.

"It is advertising sex, drugs, alcohol just that party atmosphere that we don't want in our city," Null said. "We are a conservative town and we want to keep it that way."

Many in the city of Canton agree with Null and are deeming the event as a drug infested rave. One of the performers for the event, Rio Bradshaw says its a festival of love.

"No matter what people think about me or Grayson or this entire movement, I know what it really means to me at the core of what he's trying to do and that's to bring people together," Bradshaw said.

Organizers of SLVTSGIVING are asking for participants to bring canned goods and toys to donate to people in Canton. They initially stated proceeds from ticket sales would go towards the Black Lives Matter movement but have chosen to "reel it in" since they say the movement could be considered political.  The event is slated to happen at the Canton Trade Show Fair Grounds the first weekend in November. However, the event has been cancelled on Facebook.

It’s wall to wall inside the Canton City council meeting. Majority of the people here are concerned about a possible festival(SLVTZgiving) coming to the area. Some say the festival could be a “danger” to Canton. Others say it’s a festival of “positive vibes.” pic.twitter.com/XO9VbSmGIJ

Canton City Council unanimously voted to send a default letter to Berry. Advising him to adhere to the city's prohibitions. If the needs within the letter are not addressed, the event will be terminated in the city of Canton.