Crews in Tyler hard at work during storm season 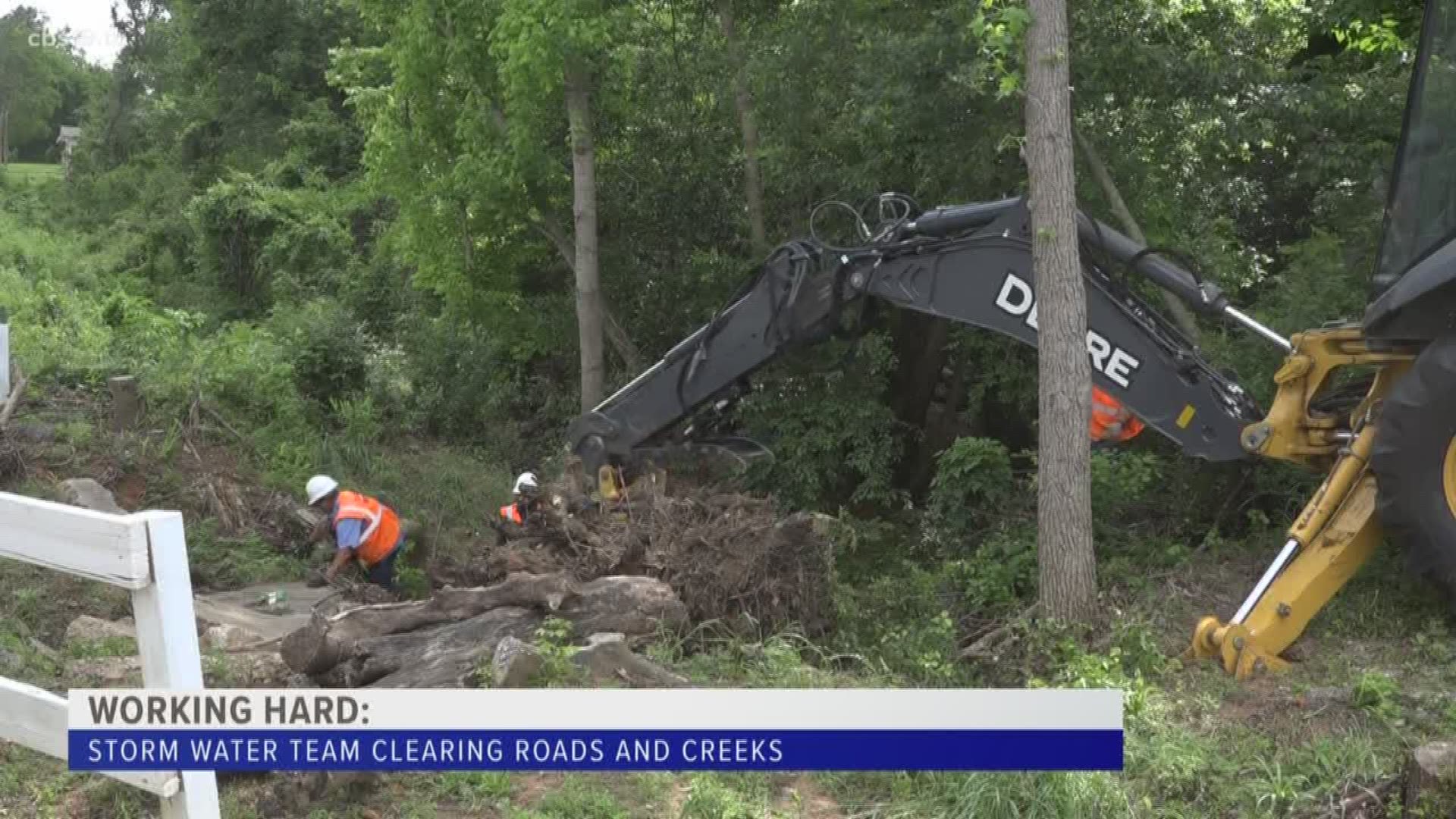 TYLER, Texas — It is storm season in East Texas and that means city crews are hard at work. Crews are actively clearing trees, debris, and checking creeks.

The stormwater department of Tyler is extra busy during this time of year.

"We are currently clearing all the debris that is washed down in a lot of these natural channels that are against the inlet sides of these crossings,” the Foreman of the stormwater department, Jeff Kirt, said. ”Clearing the tree stumps, debris, any kind of build up that accumulates against the pipes to get them open again."

According to City Manager Edward Broussard, they start by looking at about 87 different spots throughout the city to prep them for a storm before it hits.

To make sure, “The inlets are going to be open so that when the storms come through, we'll be able to take as much of that stormwater through our system that we have,” Broussard explained.

Broussard says when a storm hits it is all hands on deck.

"Our crews were working around the clock for more than 24 hours straight just out there trying to take care of this issues," Broussard said.

"Generally we will concentrate more on down trees to get the streets back open for fire and PD to get through as well as the public and kind of monitor the creeks,” Kirt explained.

Going into a creek to pull debris out during a storm is not safe for workers, that is why they try to do as much as they can before the storm hits.

“We have a lot of other calls we're trying to field," Kirt said. "More importantly, is keeping the creeks in the trees out of the road and the creeks clear from flooding and for any preventative that we can do to prevent the flooding.”

The flooding calls they have received this year are far more than the past years.

Kirt believes this is due to the higher rainfall accumulated on the roadways, which is more than normal.

"We have over a century old drainage structures in some areas and some go back to WPA periods,” Broussard said. “We are now taking this opportunity to go in and truly make some improvements. You've seen that in different studies that we're doing using the half-cent sales tax fund. But you also see that in the actual work that's being done on different projects throughout the community, to improve the structures that we have, as the rain events continue to accelerate in their size and with the amount that we've been getting, that has swamped our system.”

The storms have caused potholes, sinkholes, roads to be washed out. The city will continue to work on repairing those damages throughout the storm season.