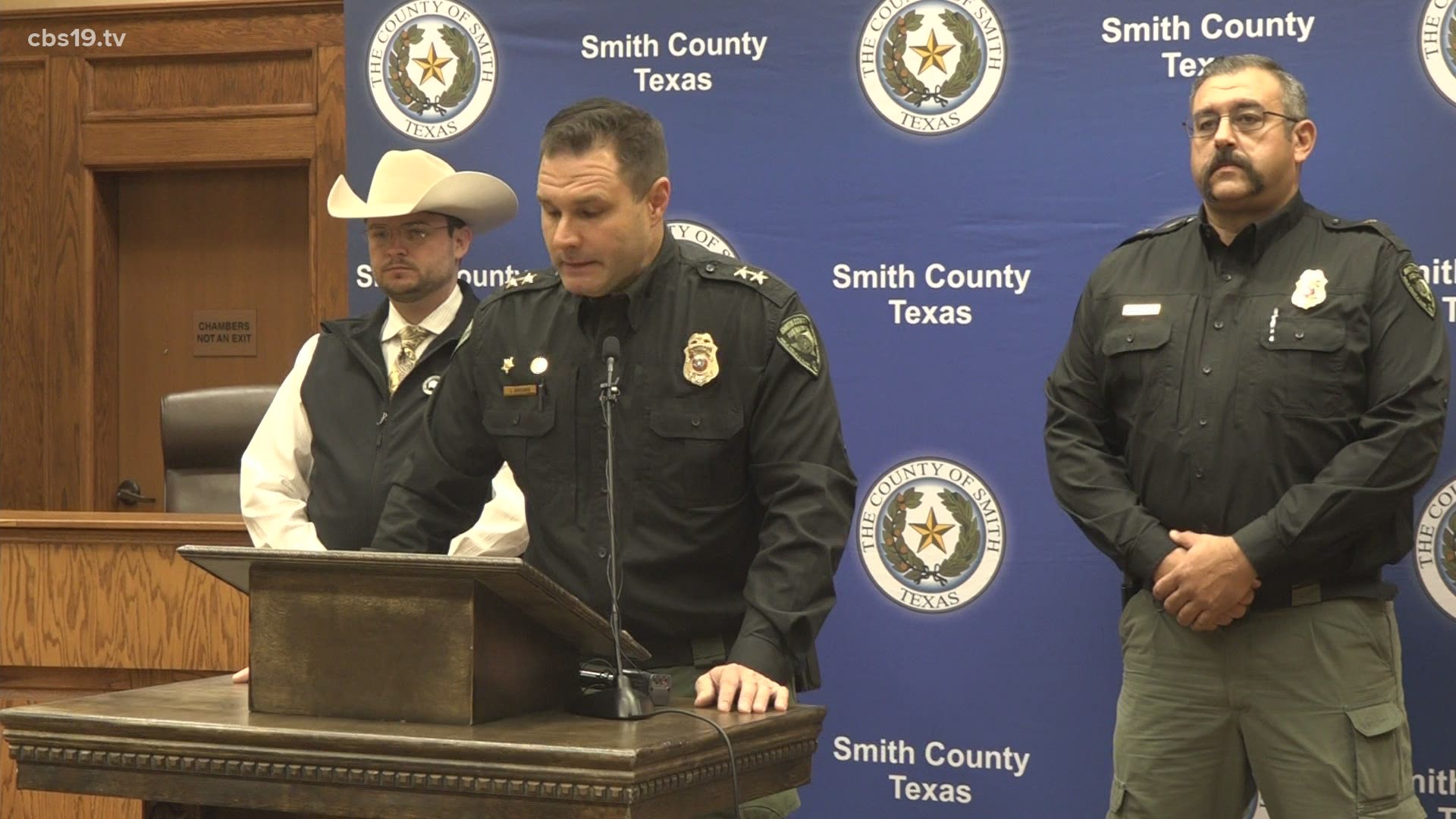 WINONA, Texas — A woman and three children are dead, and one person was taken to a local hospital following a Monday afternoon house fire in Smith County.

According to Smith County Fire Marshal Jay Brooks, the fire broke out around 11:30 a.m. on DeVonne Drive, near the Starrville Church of the Living God, just off Highway 271.

Officials say a White Oak volunteer firefighter was driving  in the area an was stopped by a man, identified as Edwin Harris, 31, who was trying to put out the fire and rescue those who were still in the home. EMS and Precinct 4 officials arrived at the home as the fire began to grow. Officials say that's when rescue efforts were hindered.

Fire Marshal Brooks says the woman who died in the fire was identified as Brittany Stewart, 24. The children Elyja Anthony Damé Newman, 5; Travis Everrette Harris, 2; and Saphira Khalessi Rose Harris, 1, died in the blaze. Harris was taken to a Tyler hospital with non-life-threatening injuries. He is the father of the two younger children.

The cause of the fire is still under investigation and is likely to take weeks to complete.

Fire Departments from Winona, Lindale, Red Springs, Jackson Heights, Flint-Gresham and Gladewater, as well as members of the command staff from Emergency Services District 2 and the Smith County Sheriff’s Office responded to the fire, which took firefighters about three hours to extinguish.

Fire Marshal Brooks urges everyone to check their smoke detectors to make sure they are working.

“That is the one thing that is tried and true. Smoke detectors are known and documented to save lives," Fire Marshal Brooks said. "Especially during this time of year when people use space heaters, wood burning stoves and other heating devices to stay warm at night when they are asleep. We want everyone to have smoke detectors and make sure they are working to stay safe.”

Initial reports stated the fire was at the church. Crews on scene confirmed the blaze was at a house near the church.