"That night when I was saying a prayer, I couldn’t say anything but thank you God," the mom said. "It could have ended in such a different way for me and my family." 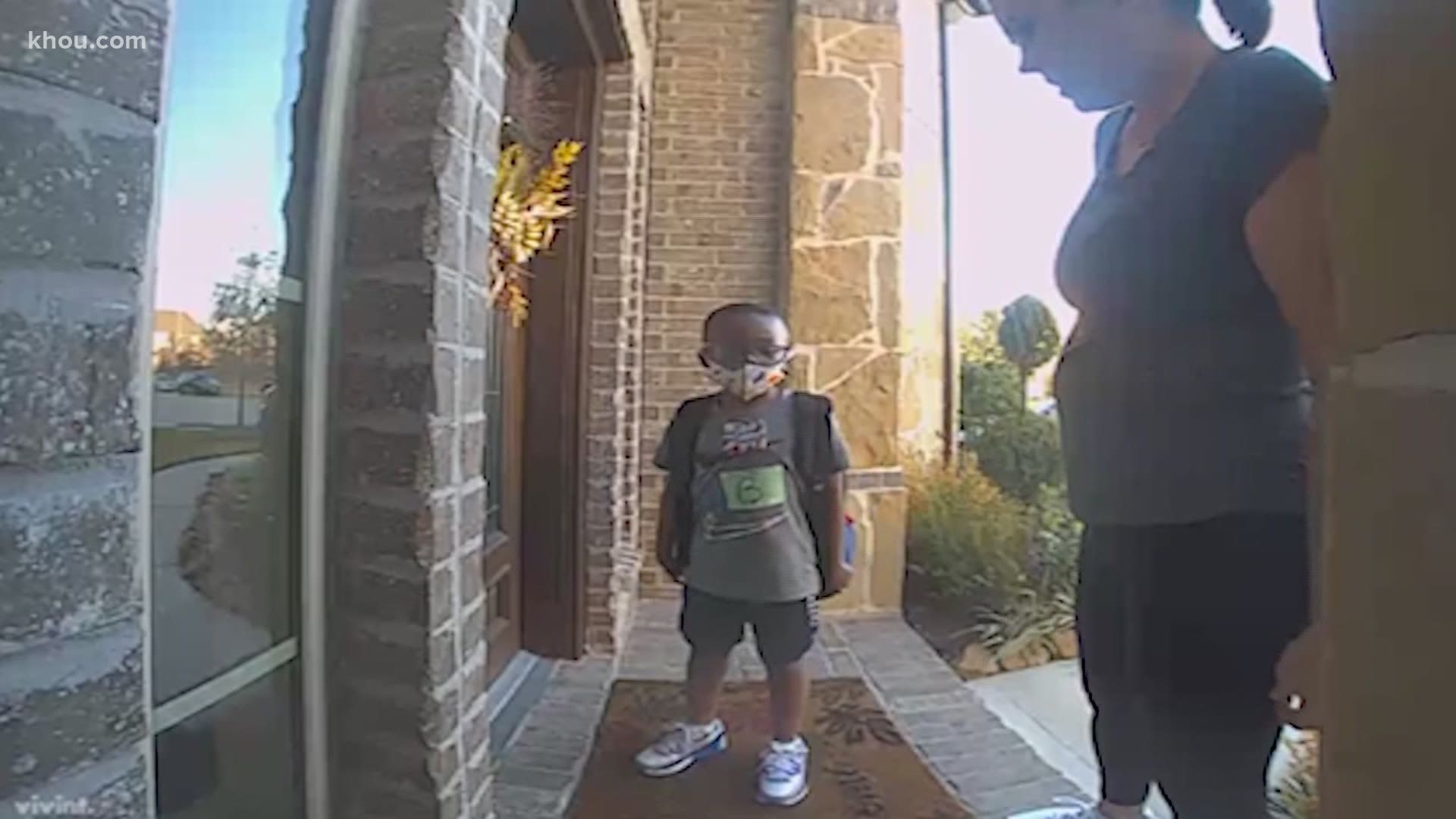 CYPRESS, Texas — The family of a 6-year-old boy says Cypress-Fairbanks ISD is apologizing after the little boy got off the bus at the wrong stop.

The mix-up had Mom and Dad fearing the worst until their prayers were answered.

Monday was a big day for the Franklin family. Colton, a 6-year-old, was beginning in-person learning at Postma Elementary after months of virtual learning. The family was ready. Little Colton knew to wear his face mask. He was going to be riding the bus to a from school for a second year in a row.

Colton knew to expect his older brother Gavin at the bus stop. The two would walk home together from the bus stop around 4:30 p.m. But Colton didn’t meet his brother at their designated spot.

“Gavin calls me and says, 'Mom, Colton didn’t get off the bus.' And I’m like, oh, shoot,” said mother Arlene Lightfoot-Franklin.

She immediately thought Gavin might have been late to the bus stop and that the bus driver would take her little boy back to campus.

When Franklin called the elementary school, she said the campus assured her that her first grade son got on the bus.

“And he’s on his way home. And I’m like, well, he’s not home. He didn’t get off the bus. And we talked to the bus driver, and she said he wasn’t on the bus. She told me to go ahead and talk to transportation," Lightfoot-Franklin said.

Franklin and her husband began calling the campus and the Cy-Fair ISD’s transportation department repeatedly.

“Where is he? The school doesn’t know. The transportation doesn’t know,” Lightfoot-Franklin said. “So we were just riding around, looking for him. I didn’t know where I was going. I just knew I would take the route to the school.”

As the parents drove around the Miramesa neighborhood of Cypress, Lightfoot-Franklin received a notification that her Ring doorbell camera detected activity at her front door.

“I don’t know if your mommy’s here. Is she usually here, baby?” asked a mystery woman who appeared at the family’s front door with Colton. “Do you know mommy’s phone number?” the woman said.

The good Samaritan told the family she was driving along West Road when she saw Colton running.

“And she said it looked like he was running for his life,” Lightfoot-Franklin said.

Because it was Colton’s first day back in the classroom, his teacher had placed a sticker with his address on his shirt just in case.

Franklin was on the phone with the school district’s transportation department at the time she received the notification from Ring, so she wasn’t able to speak to the woman or her son through the doorbell camera. So Lightfoot-Franklin said she raced home where she was reunited with her son.

“There’s nothing that we can do to repay her," Lightfoot-Franklin said. "Like, she didn’t have to stop. She could’ve went on about her day. But she took the time to notice a little boy in trouble. Especially in this climate that we’re going through. Coronavirus. Everything. She took the time and risked her family being exposed to a stranger. She gave me a hug, knowing I’m a stranger. That just shows that there are people still out there and compassionate that care about one another. We just want to thank her. I don’t know what we can do, but I just want to formally thank her.”

Lightfoot-Franklin  just posted the Ring video on the Miramesa neighborhood’s Nextdoor page. She hoped neighbors would help her find the woman she calls an angel.

“Thank God. I praise God. And that night when I was saying a prayer, I couldn’t say anything but thank you, God. That’s all I could say, because it could have ended in such a different way for me and my family," Lightfoot-Franklin said.

Colton was back on the bus Friday, and he got off at the right bus stop to make it home before 5 p.m. The Franklins say Cy-Fair ISD apologized and is investigating to find out what exactly happened. But in a statement from Leslie Francis, Assistant Superintendent of Communication and Community Relations, CFISD didn’t acknowledge that:

"CFISD’s transportation department is committed to the safety of our students, including ensuring all students are delivered to the appropriate bus stop. Upon receiving the call from the parent, Postma Elementary staff immediately verified with the student’s teacher that the student had been placed on the correct bus. The campus referred the parent to the transportation department who could provide additional information as to where the student exited. (When a student enters or exits a bus, they swipe their student ID on the Zonar card reader, and the system then records the time, date and location of entry or exit. This data is transmitted to a secure database only accessible to CFISD staff and transportation officials.) Staff at both the campus and the transportation department are to be commended for their prompt response in ensuring the safety of all students."

Shortly after this story aired on KHOU 11 News at 6, Lightfoot-Franklin received a message on NextDoor that a neighbor in the next community over is the one who found her son running along West Road.

“Your post has me in tears,” the woman wrote to Lightfoot-Franklin on NextDoor. “We talk about your sweet Colton all the time since this occurred. I’m so glad I listened to my heart and I was there to help your son. My heart is so happy. He was so brave.”

Lightfoot-Franklin said the two mothers exchanged numbers, and the Franklins are hoping to treat her to lunch. 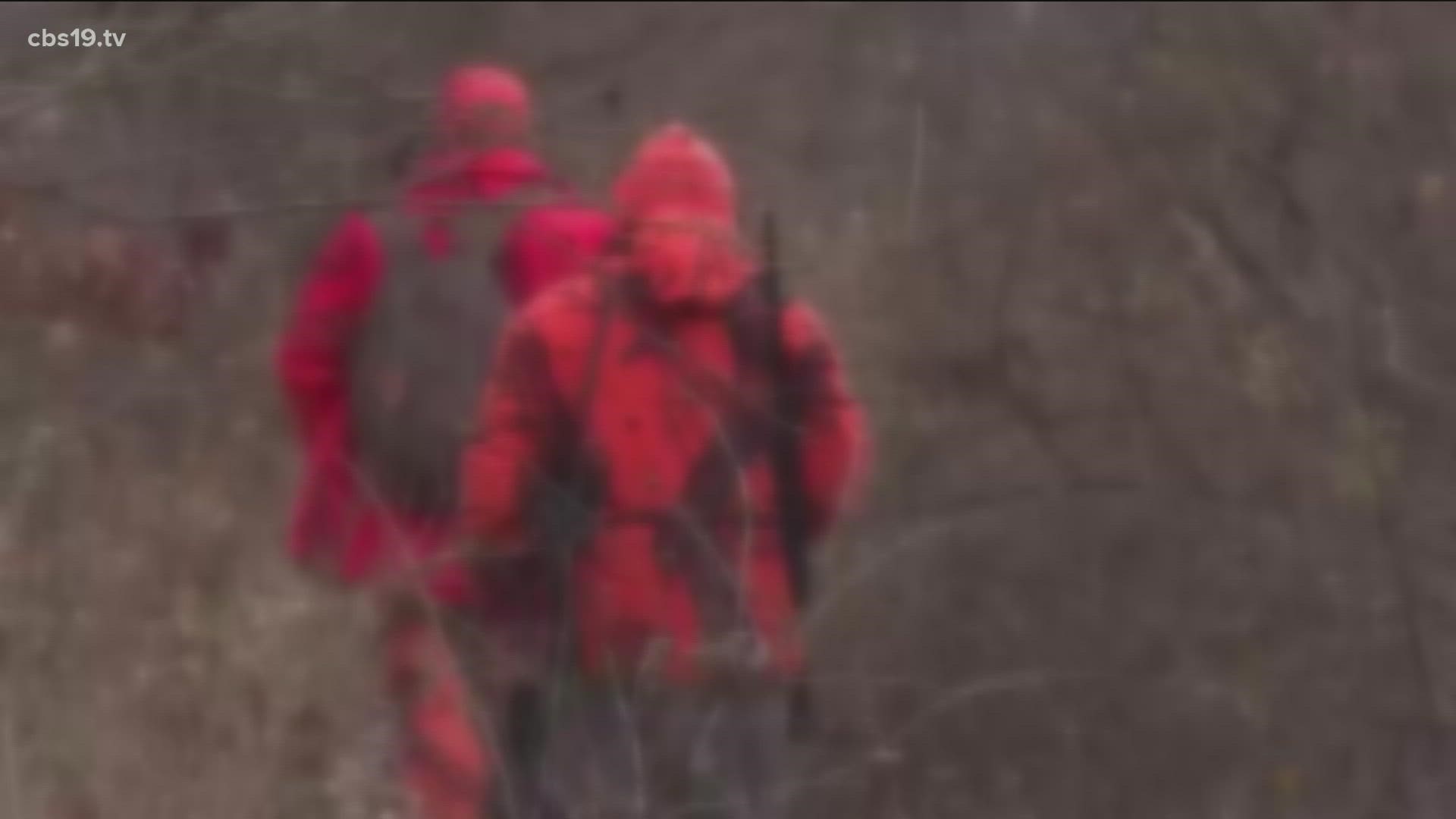