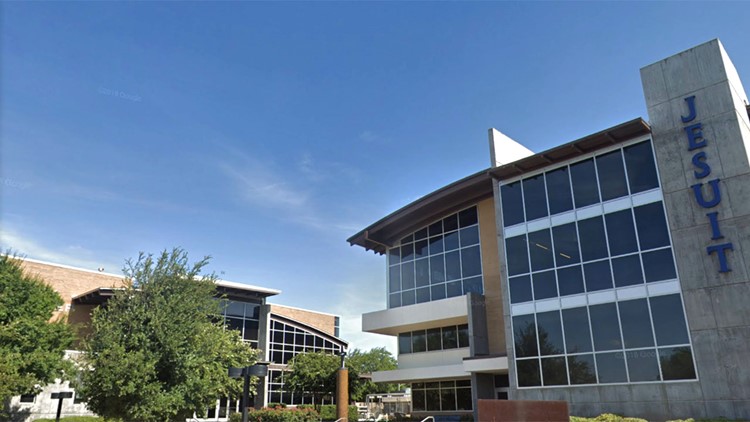 Among the 11 individuals named was Rev. Thomas J. Naughton, who served as president at the school from 1973 to 1979, according to Jesuit Dallas' website. Naughton was also among two listed to have worked at the Montserrat Retreat House in Lake Dallas, where Charles G. Coyle was accused in multiple sexual abuse cases during the '60s and '70s.

The names were posted in a statement written by Michael A. Earsing, president of the Jesuit College Preparatory School, and published on the school's site.

According to the statement, the allegations date as far back as 1955.

According to the president, four of those named were credibly accused in cases that occurred during their tenure with Jesuit Dallas.

"The list includes four past members of the Jesuit Dallas community who were the subject of credible accusations of inappropriate conduct with a minor during their tenure here. They are:

There are seven others who were accused of misconduct with a minor elsewhere, but who had been assigned for a certain period of time by the New Orleans Province Office to Jesuit Dallas:

While Earsing didn't detail the roles of the individuals named, the Associated Press said 42 priests and other ministry leaders were identified by a Roman Catholic Jesuit province in "credible allegations" of sexual abuse. The province covers covers 13 Midwestern and Southern states, Puerto Rico and Belize.

° LINK: Full list of Jesuits with credible accusations of sexual abuse of a minor

Naughton was removed from his job as a Catholic priest in 2002 in California after a student from his time as president at Jesuit Dallas came forward and accused him of molestation. He died in 2012.

According to archived articles from the Dallas Morning News and Tampa Tribune on bishop-accountability.org, Rev. Vincent Orlando served as a teacher at the Dallas Jesuit school. He was later removed from a Jesuit school in Florida after a minor accused him of molestation during his time in Texas in 1985.

Rev. Don Dickerson was a teacher at the school in the early '80s when he was accused of sexual misconduct. In 2002, Rev. Philip Postell, former president of Jesuit College Preparatory school of Dallas, told the DMN that Dickerson was removed because of "sexual misconduct" and that he "left the order in the mid-1980s and no longer functions as a priest."

"The list names mostly priests, but it also names some brothers, who serve some ministry functions but who are not ordained, and “scholastics,” which are men training to become priests," the Associated Press reported.

Founded in 1942, Jesuit College Preparatory School of Dallas is a private high school designed to prepare students for college under the direction of the Society of Jesus, a scholarly religious congregation of the Catholic Church.

Statement From Provincial Ron Mercier by wfaachannel8 on Scribd