The driver will not drive a bus until the investigation is complete, the district said Wednesday night. 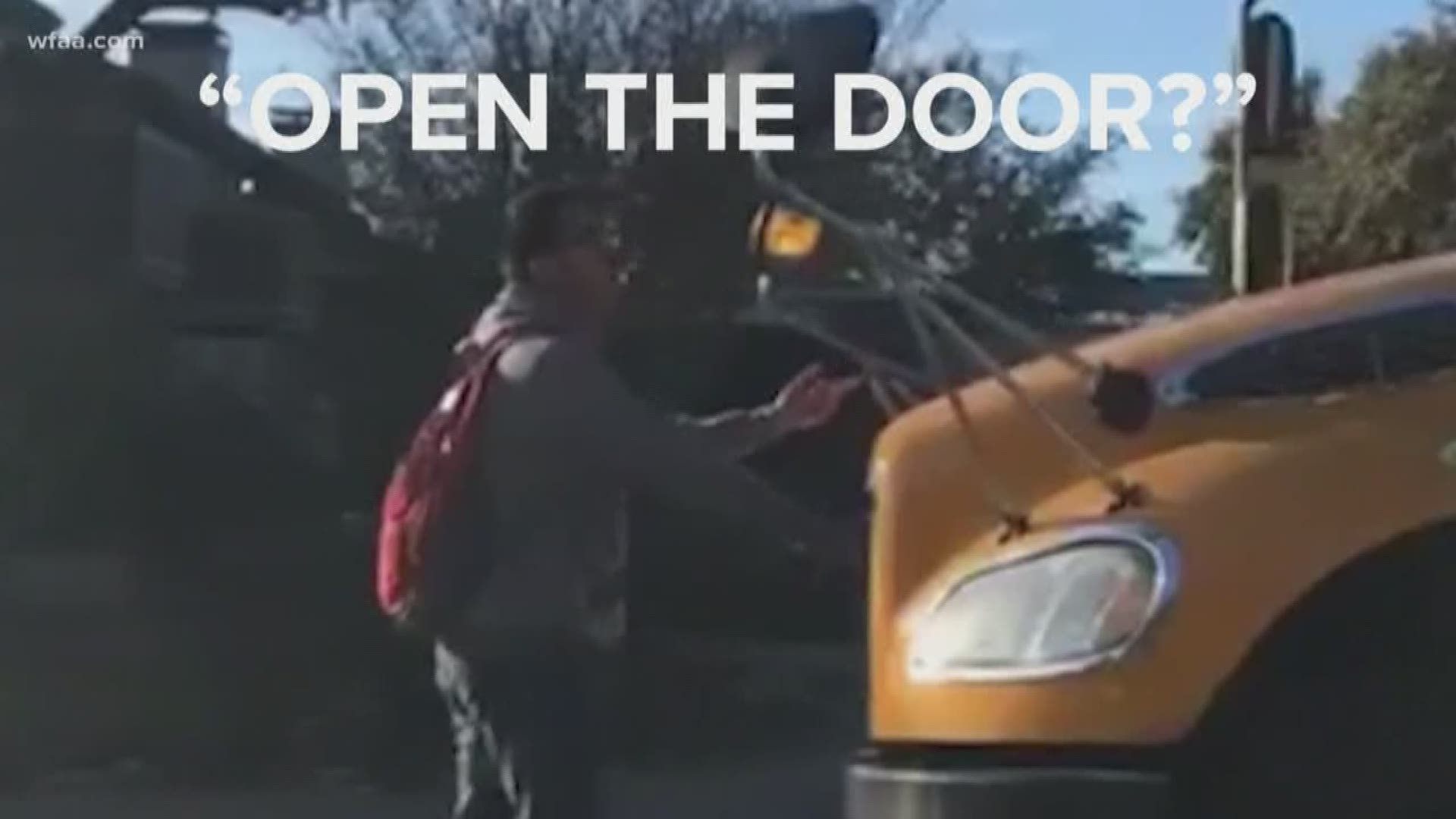 DALLAS, Texas — The Dallas Independent School District launched an investigation Wednesday night after it was shown video of a district driver not letting a student board a bus as he stood in front of the vehicle on a busy road.

In the video, the bus continues to move forward as the student stands in front of it asking for the driver to open the door.

The video was shared on Facebook Tuesday morning. It was taken near Spring Valley and Preston Roads.

Dallas ISD says it's investigating moments that led up to the video.

The footage starts with the bus driving down Spring Valley Road and a student standing in front of it.

The bus does not stop as the student backpedals in the front. That's when a man comes into the situation to intervene.

The woman who posted the video on Facebook said that the man was driving down the road and got out of his car.

The video then shows the man banging on the side of the bus, telling the driver to "Stop this bus!"

You can also hear the student say, "Open the door!"

The video ends with the man, who intervened, calling the police and reporting the driver.

"We're aware of the video, looking into it, and will take corrective action," District Spokesperson Robyn Harris told WFAA.

She added that the bus driver in the video won't drive on a bus route until the district's investigation is completed.

Dallas ISD operates its own fleet of around 1,000 busses, according to Harris.

It is the second school year the district has had to do so.

Dallas County Schools used to operate buses for the district. However, it no longer does after voters decided to close its doors amid a corruption scandal that took down Mayor Pro Tem Dwaine Caraway.