WUSA9's Bruce Johnson spoke one-on-one with Chief Newsham to get his thoughts on the bill, which he called a "gutshot." 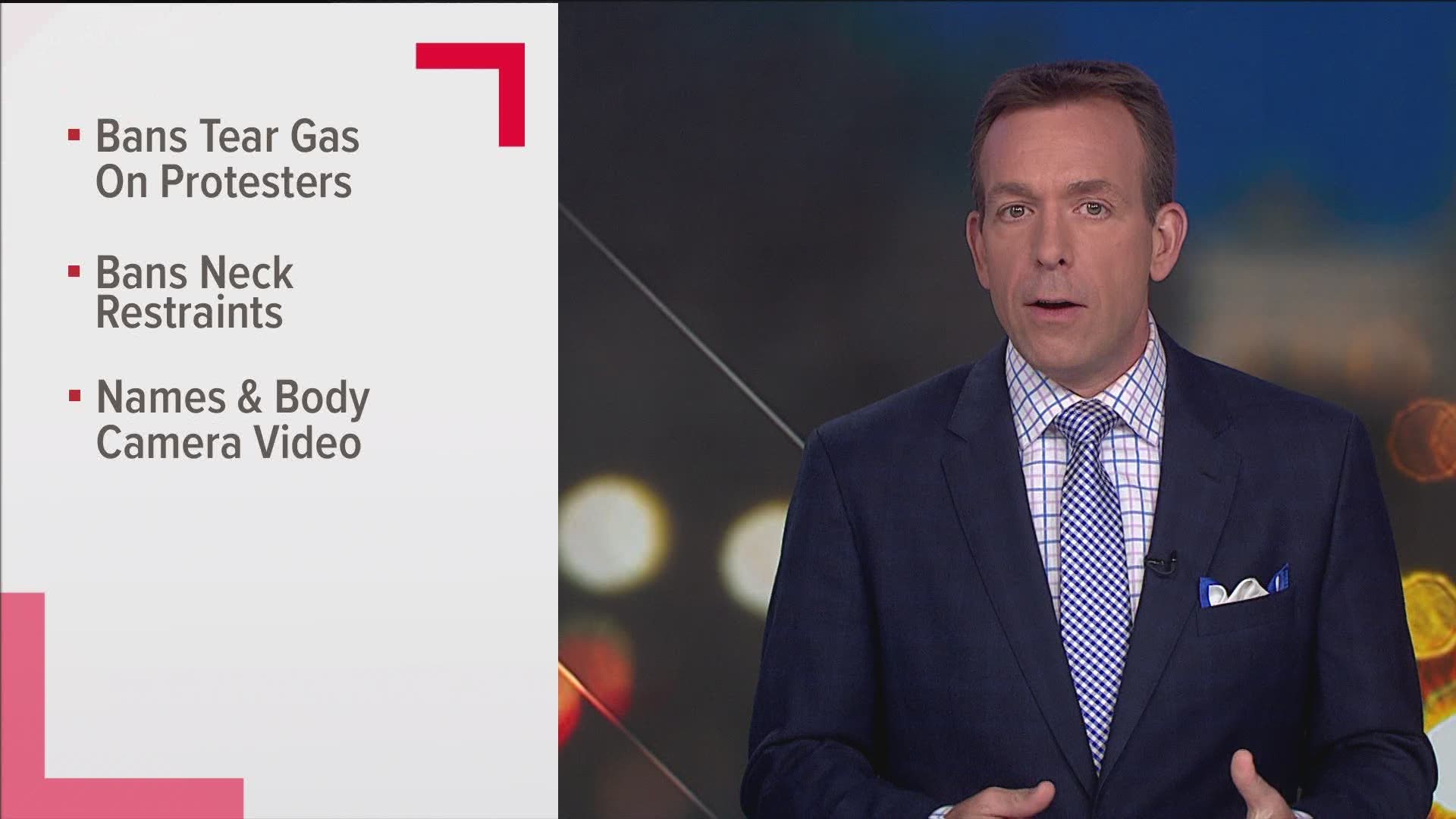 WASHINGTON — Emergency legislation for police reform has been signed into law by D.C.'s Mayor Muriel Bowser, which the D.C. police chief called a "gutshot."

The bill bans the use of tear gas on protesters, neck restraints like the one used on George Floyd, the hiring of officers with a history of misconduct, and requires the mayor to release body-camera footage of officers who use force on civilians within 72 hours.

The police union slammed the bill on Twitter, writing "It's beyond comprehension that an entire deliberative body of legislators would so hastily make such extreme changes without the proper input and review."

"When you're putting all that hard work, you're open-minded to reform, you're trying to police in a way that the community accepts, for someone to even suggest that you're not, when all that effort is going into it, is deflating," DC Police Chief Peter Newsham said. "I can't come up with a better word than that." 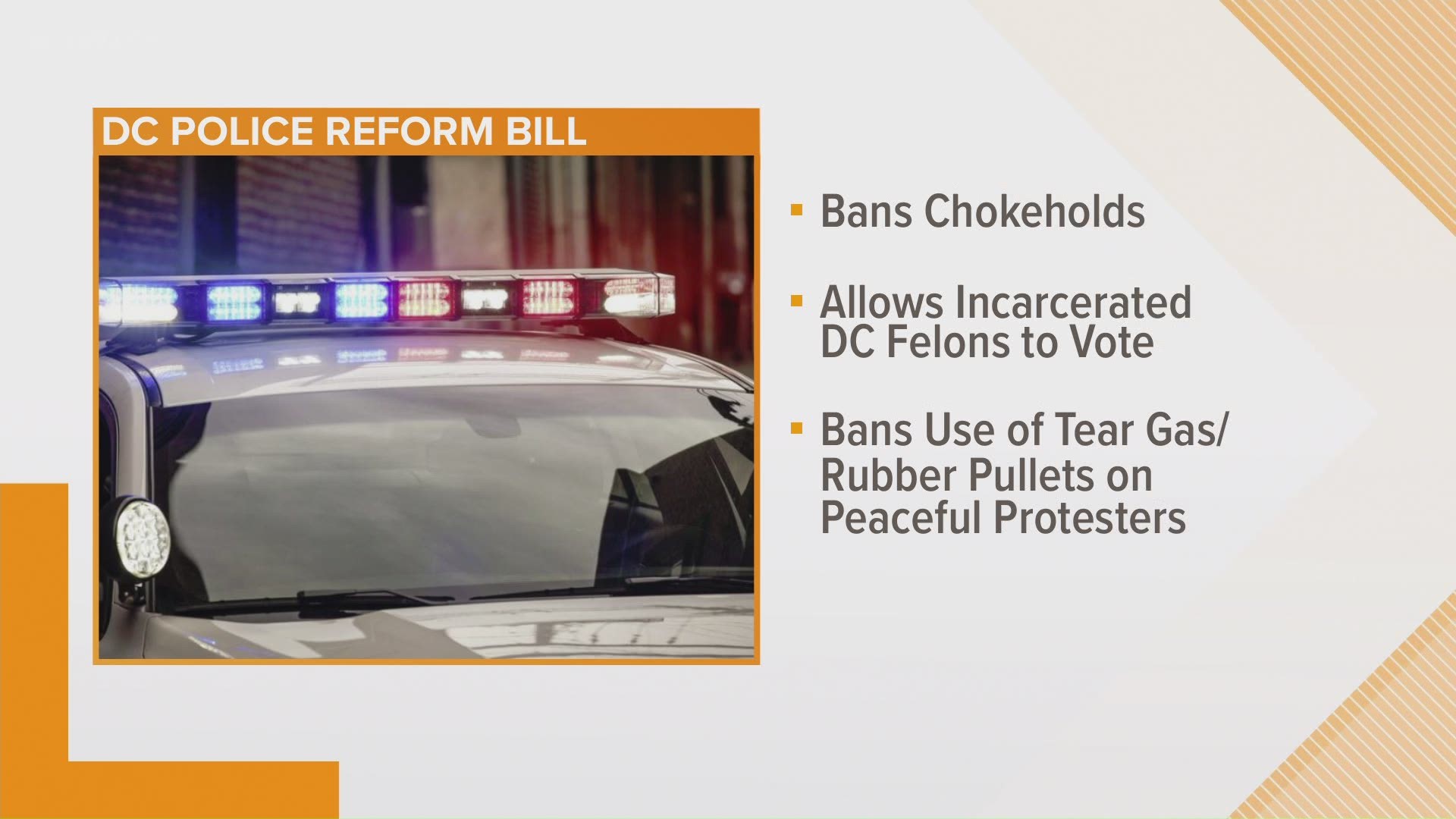 RELATED: VERIFY: Does DC have more police per capita than any other US city?