This is one of at least two deadly incidents overnight involving children as families try to keep warm without power in very cold temperatures. 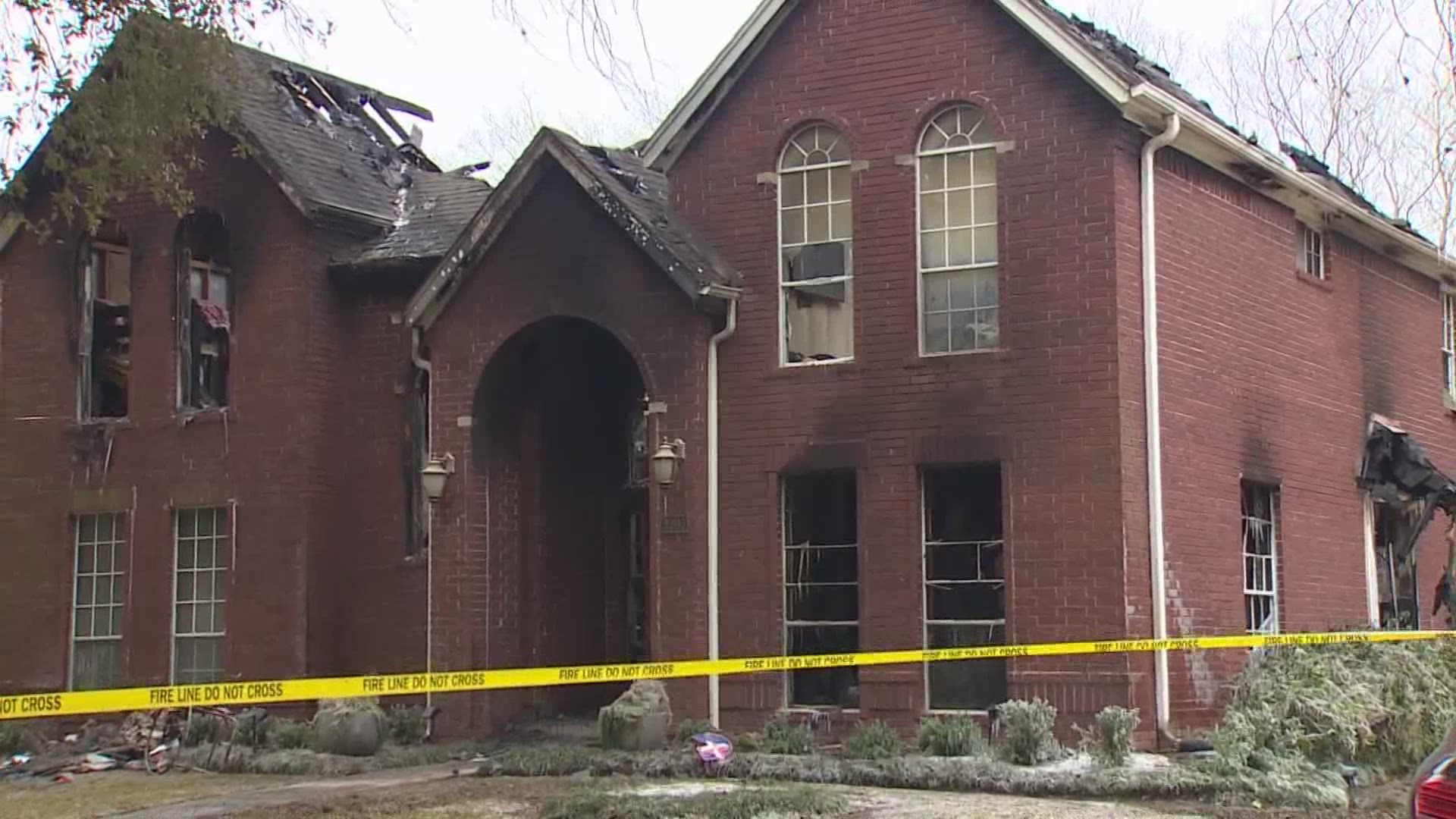 Around 2 a.m., firefighters were called to the 3200 block of Vista Lake, in the First Colony area, where a mother and her friend were found outside the burning home. Both suffered burn injuries.

Inside the home, a 75-year-old woman and three elementary school-age children were found dead. The woman was identified as the children's grandmother.

The children were later identified as 5-year-old Colette, 8-year-old Edison and 11-year-old Olivia.

Police believe one of the women found hurt outside the home is the mother of the children who perished.

The neighborhood where the fire occurred had been without power for about eight hours.

Police had to hold the mother back to keep her from going back inside the home to try to save her kids.

Currently, the cause of the fire remains under investigation, but it is just one of multiple deadly incidents overnight as the community tries to keep warm during the frigid weather and lack of electricity. At last check, more than one million customers were without power in the Greater Houston Area.

Investigators said they learned from the family's social media posts that they had been using the fireplace to stay warm.

Earlier in the evening, a woman and little girl died in a carbon monoxide poisoning incident as they tried to keep warm using a running vehicle, Houston police said.