The crash sent three people to the hospital. At the scene, the driver allegedly told police the man who was killed was his best friend. 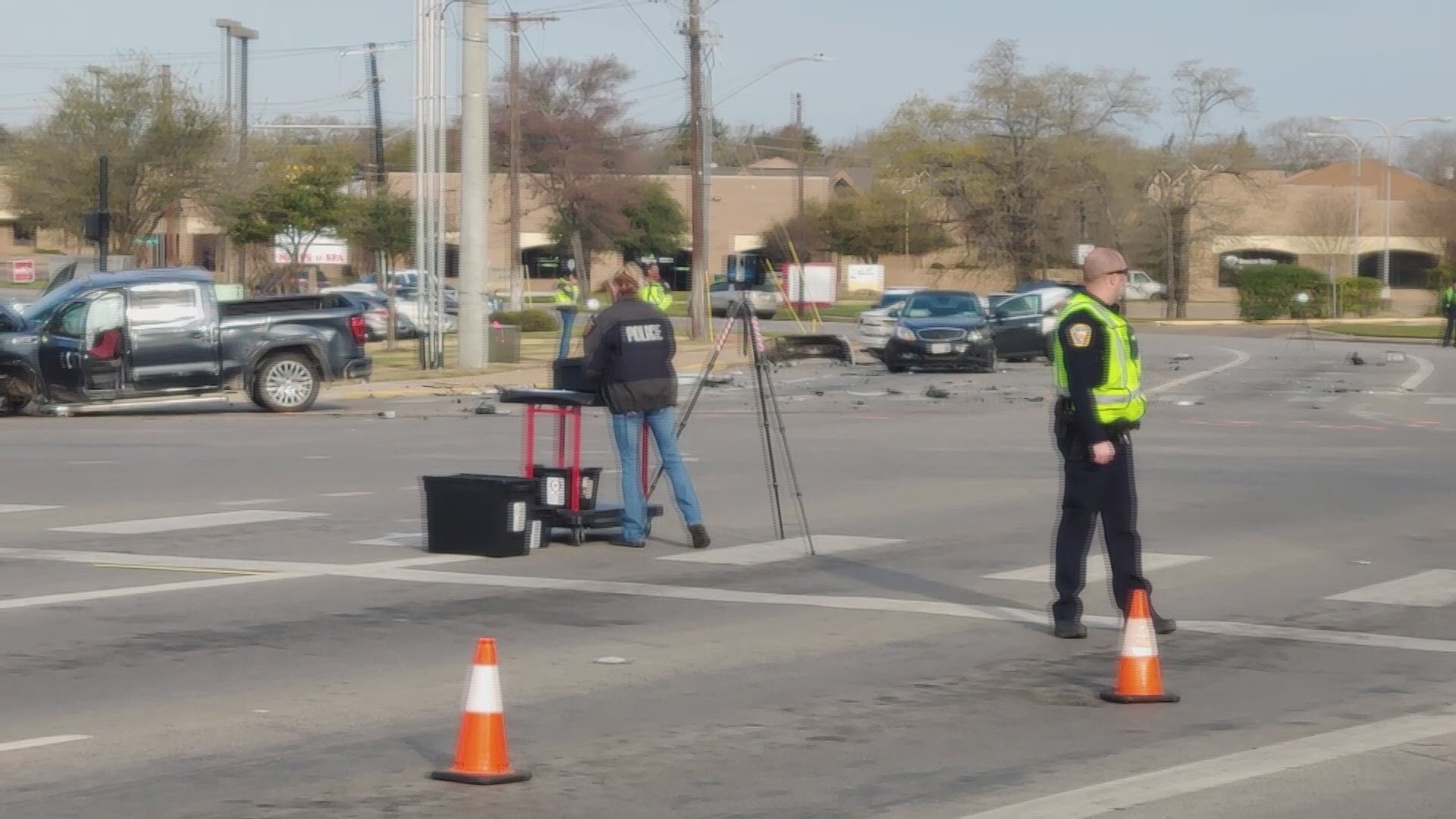 BRYAN, Texas — New details are being released about a fatal crash in Bryan early Saturday morning. A police report stated the driver who ran a red light and caused the crash wasn't licensed to drive.

Colton Bradley, 21, of Midland, remains in the Brazos County Jail on $5,000 bond at this time. He's charged with intoxication manslaughter, two counts of intoxication assault and causing a crash that ended in death without having insurance.

James Ragsdale, 27, of Bryan, was the passenger of the car Bradley was driving. He was unresponsive at the scene and later pronounced dead at the hospital. Two others in another vehicle suffered serious injuries and a third person suffered minor injuries.

The crash happened Saturday just before 5 a.m. at the intersection of Briarcrest Drive and 29th Street. Police who responded to the scene said they arrived to find an officer and a bystander doing CPR on Ragsdale. Witnesses said Bradley had run the red light at the intersection and his car was hit by a truck. The impact from that crash caused Bradley's car to slam into another car waiting at the intersection.

According to the police report of the crash, Bradley told officers he had been driving and that he and Ragsdale had been "drinking all night." An officer at the scene said he heard Bradley call someone and tell them he had just killed his best friend.

The officer who took Bradley to the hospital to be checked out said he would not voluntarily give a sample of his blood to be checked for its alcohol content, but investigators did request a search warrant to get a sample. Investigators said they were able to look at traffic surveillance video before, during and after the crash. According to the police report, the traffic light was red up to 30 seconds before Bradley entered the intersection.