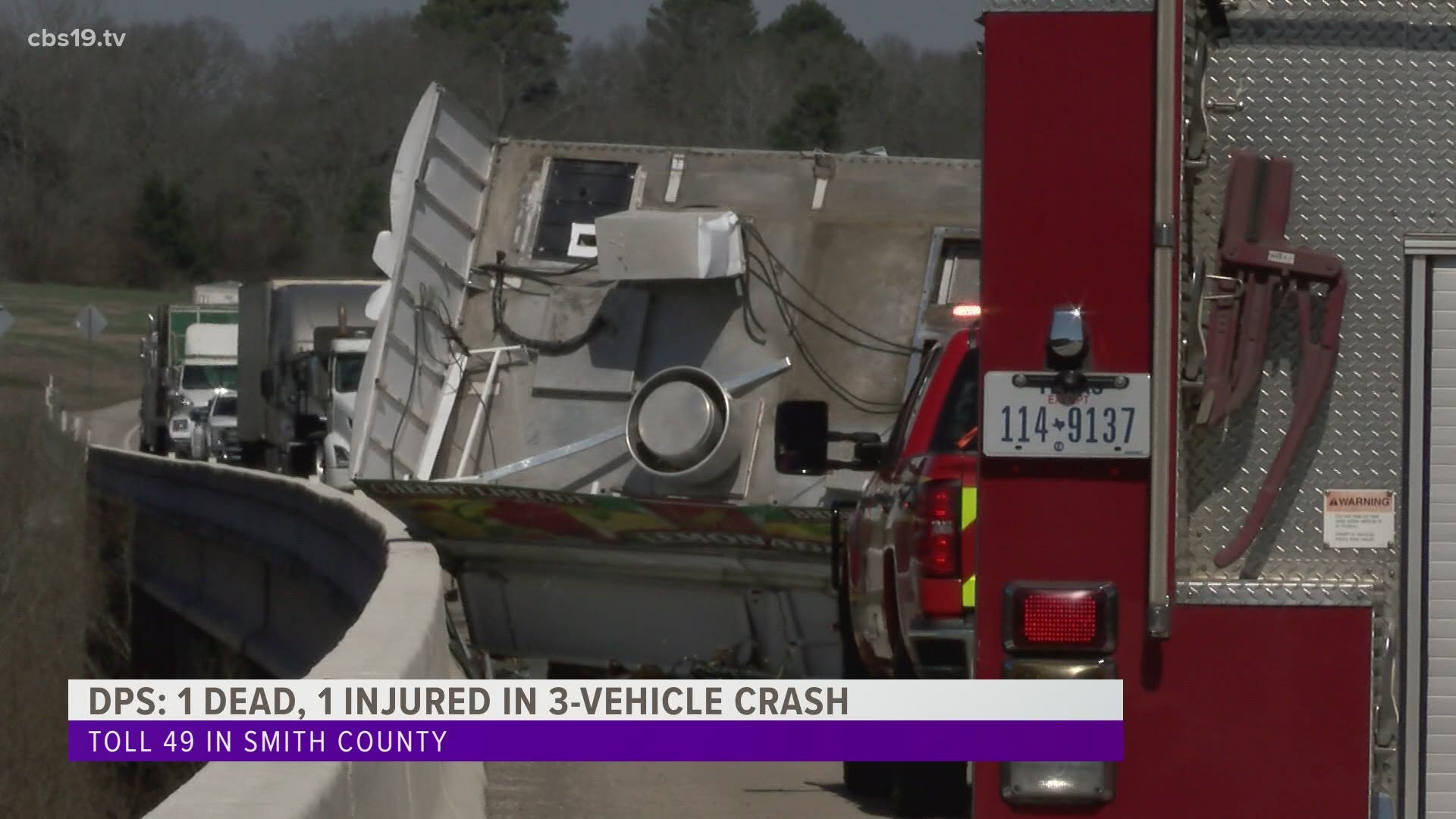 SMITH COUNTY, Texas — One person is dead and another was hospitalized following a Monday morning crash on Toll 49 in Smith County.

According to the Texas Department of Public Safety, around 9:15 a.m., troopers responded to a three-vehicle fatal crash on Toll 49, approximately five miles northwest of Tyler.

The preliminary crash report indicates the a Freightliner towing a food trailer, driven by Steven Elgin, 38, of Hughes Springs, was traveling south on Toll 49 when the trailer became detached from the truck and traveled into the northbound lane where it struck a northbound pickup truck, driven by Kelly Hall, 49, of Tyler. An SUV, driven by April Files, 42, of Houston, who also traveling north behind the pickup, then hit the back of the trailer.

Hall was pronounced dead at the scene and was taken to a Tyler funeral home.

Files was taken to a local hospital where she is stable.

Elgin was not injured.