How are East Texans surviving amid this winter storm that caused massive power outages and left many without running water? 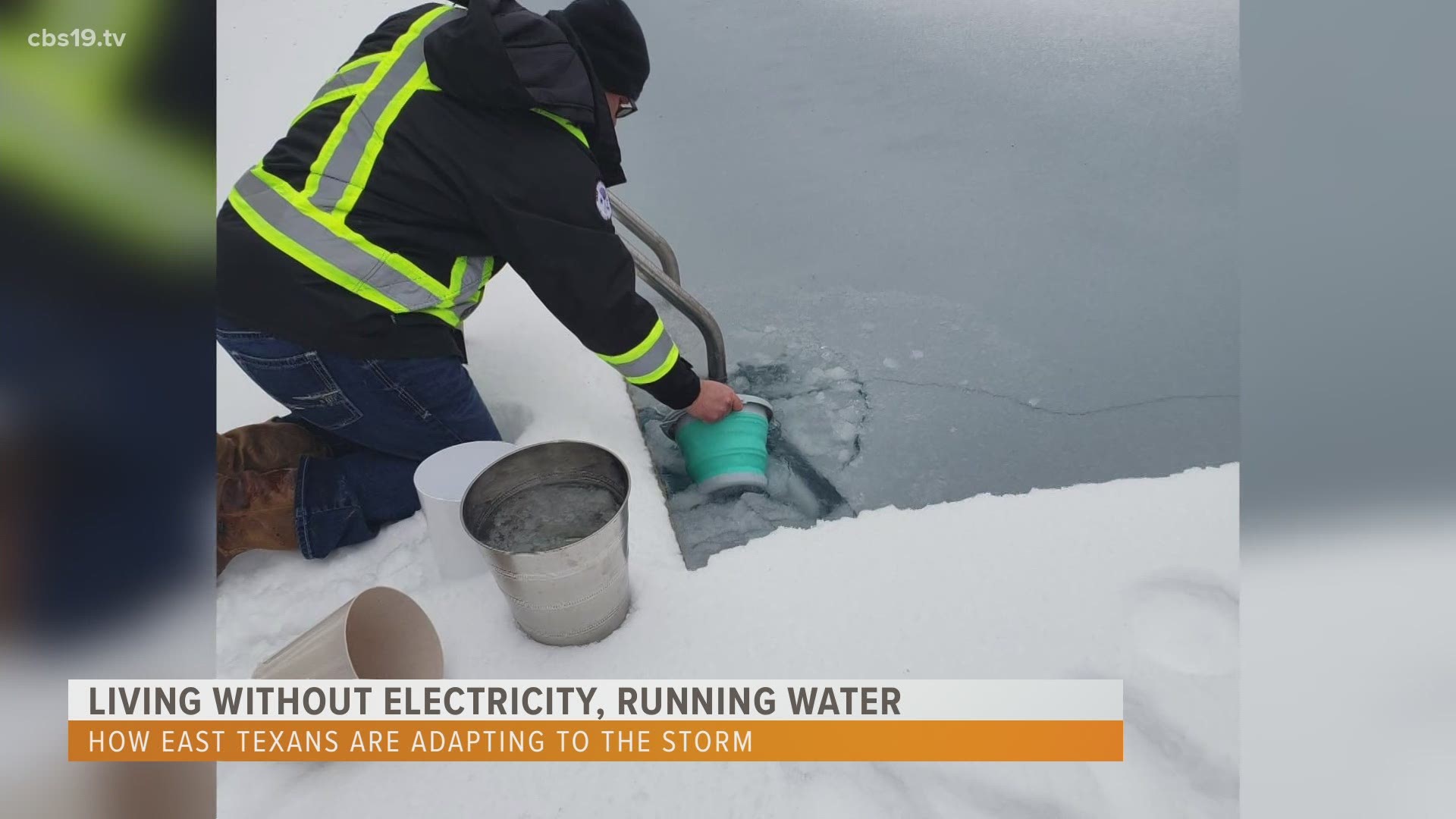 TYLER, Texas — A majority of East Texans are still suffering from the effects of the winter storm.

As of 5:30 a.m. Thursday, 150,000 Oncor customers remained without power, unable to heat their homes, road conditions are still dangerous and now many are without running water.

Larry Brown is just one of many still in the dark fighting to stay warm and fed. His apartment lost power Monday morning and water Tuesday afternoon. He is now facing another challenge, a flooded entryway due to busted pipes.

"Now that it's flooded, we don't have anything to use we don't have water, the water we had in the tub didn't sit by the tub because it didn't hold it in, so we have nothing," Brown said.

His family uses their car to charge their devices to stay in communication. They have yet to attempt to drive in these conditions, so they are just eating what they can.

"Basically these last days we just ate some cold cuts cause you cant warm anything up, some weenies summer sausage," he said. 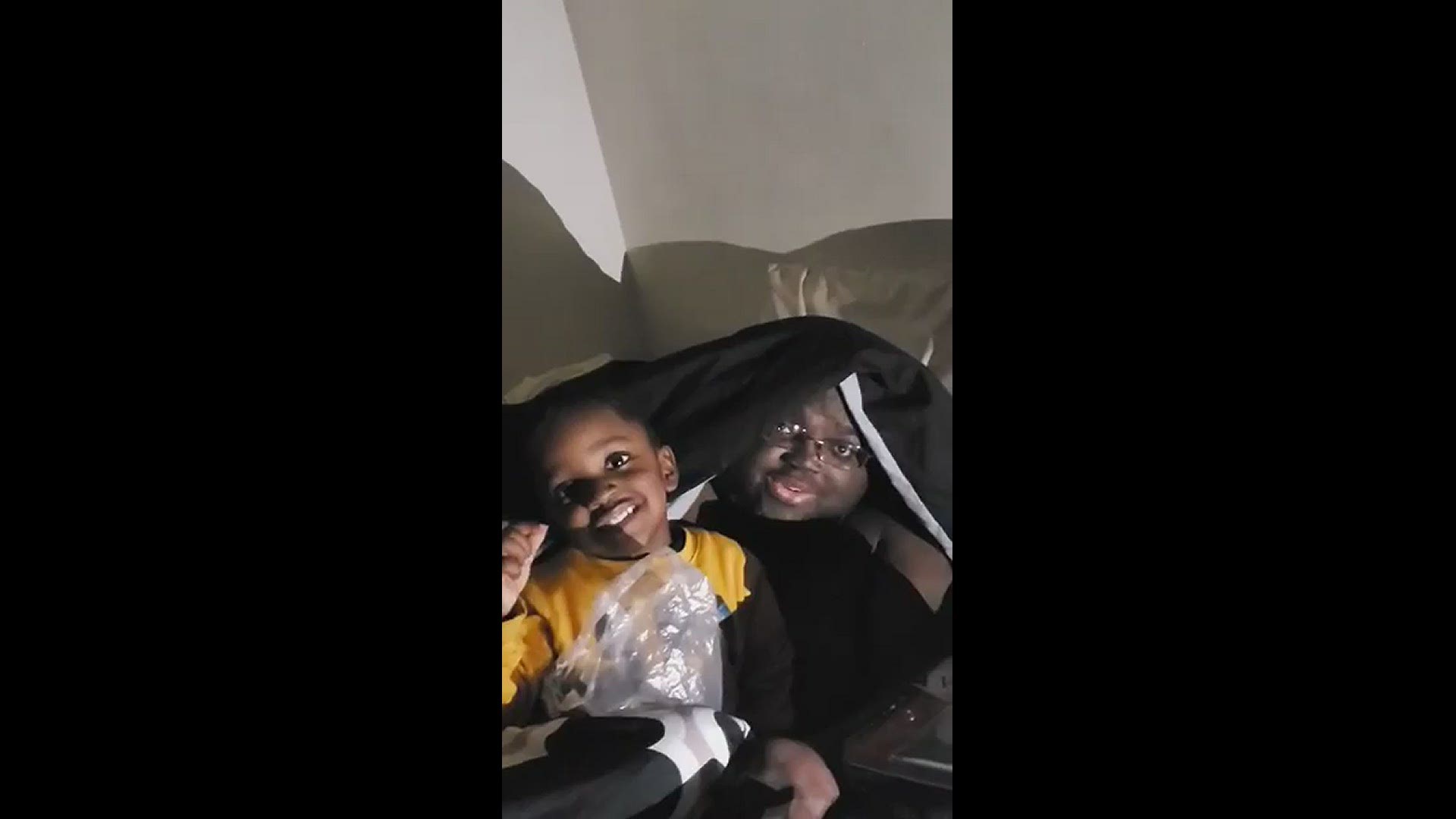 Geri and Troy Townsend are another family whose lights went out on the first day of the storm. They finally were lucky enough to have their power restored Wednesday ,but once the lights came on the water went out.

"Finally after three days we got warm but we got resourceful with our water we went down to the pool, busted the top layer of ice, and got water from the pool to take care of the necessities," Troy Townsend said.

"Troy looked online and it takes a gallon to two gallons to flush the toilet we had to save our drinking water so we were like uh, they are never gonna miss just 5 or 6 gallons of water," Geri Townsend said.

It's been one thing after another for the Townsend family but they are thankful to have electricity to stay warm.

"We are just so grateful that it came on because we know there are people that are still without it," she said. 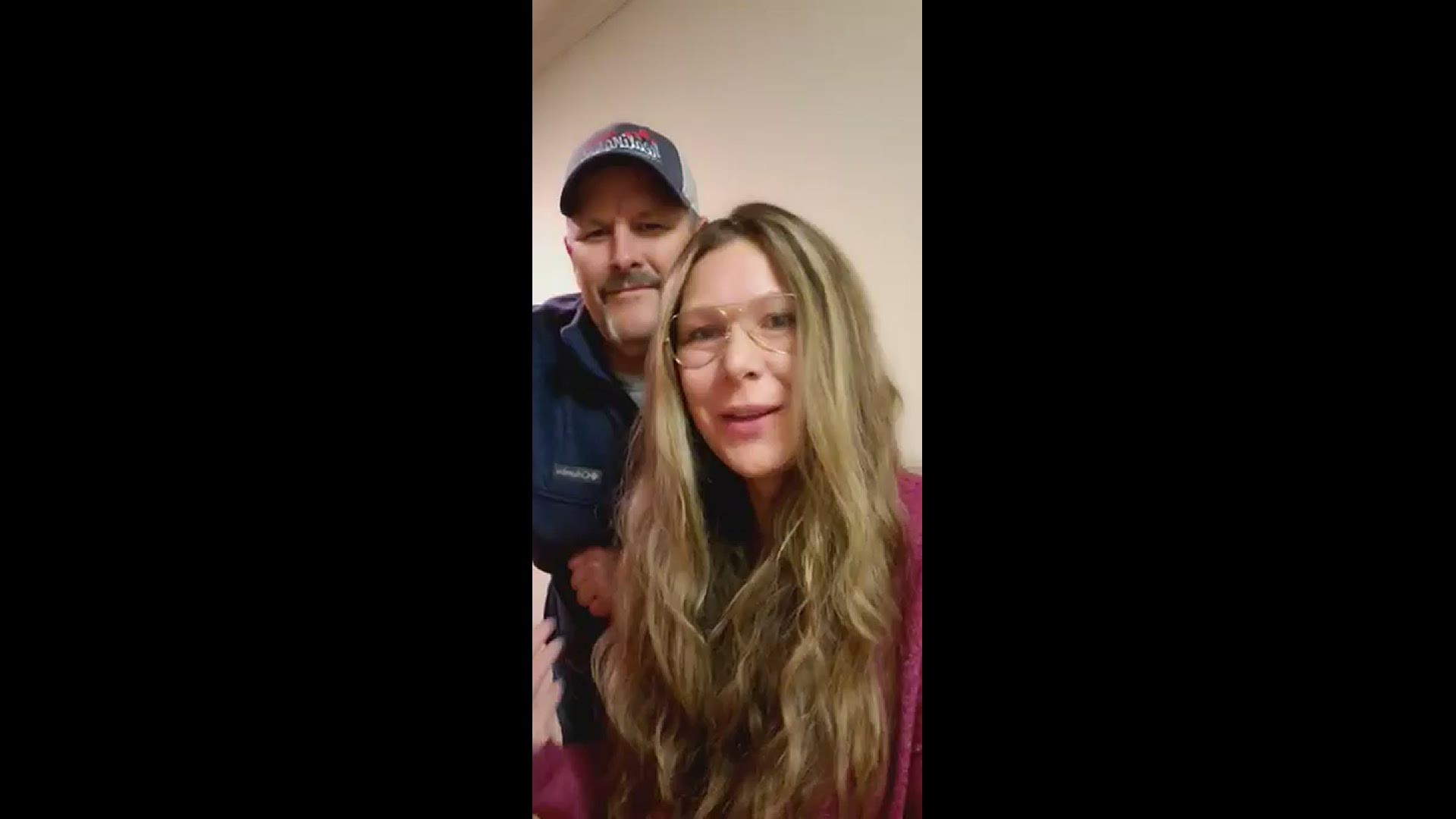