The New Beginning Fellowship of Houston purchased the former Heritage Manor Nursing Home in Canton in 2017. Now its engaged in a legal battle with the city. 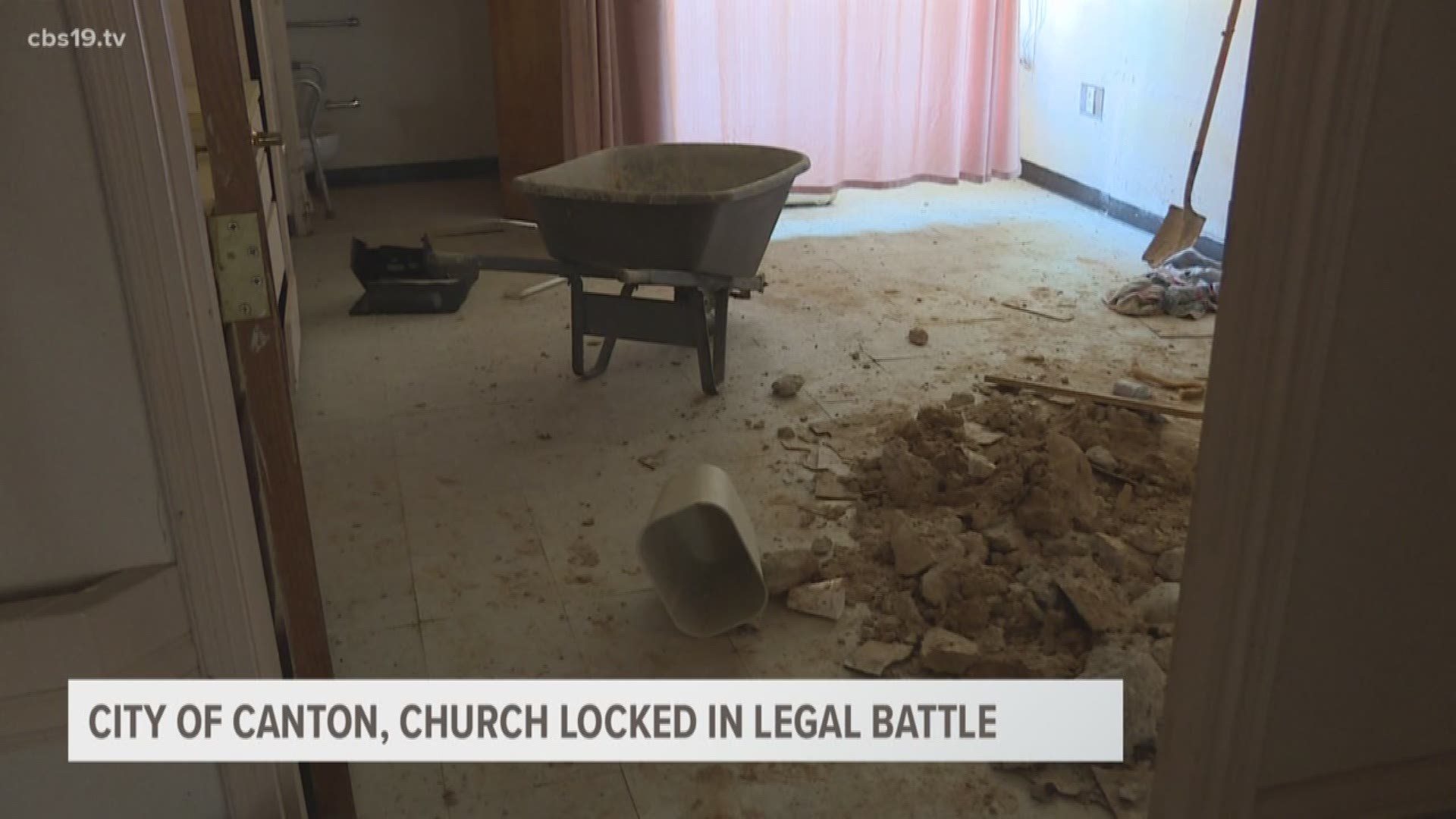 CANTON, Texas — In 2017, Joe Donalson, the minister of New Beginning Fellowship of Houston, had lost one of his tiny houses to Hurricane Harvey. The house was used as a shelter for the homeless.

Donalson purchased the former Heritage Manor Nursing Home in Canton off College Street to fix it up.

“To initially use as a shelter for refugees of Hurricane Harvey, then to establish a church sanctuary and permanent facility for Van Zandt County,” said Donalson.

The goal was to have the 55-bed facility up and running by October 2018, but plans were put on hold.

“To block us from opening, the city turned off our power and declared our building unsafe,” Donalson explained. “Over the last year, as our volunteers have been working to clean the place up, the city rushed through condemnation proceedings in an effort to force us to demolish the place.”

Jami Harber, a volunteer for the ministry, says the problems with the city began when Donalson applied for an occupancy permit.

The inspector told Donalson the building did not pass, and the electricity was turned off.

“Joe did further investigating with those things, [the inspector] was not even licensed at the time to be doing so,” said Harber. “And the city had no comment. Nobody’s made effort to even send out another inspector.”

With no electricity, but with a donation of solar powers, the building became powered by solar energy and generators.

Donalson took action and sued the city of Canton, New Beginnings Houston v. Cluck, began in a Van Zandt County district court. The city filed their own lawsuit and moved the case to the U.S. District Court for the Eastern District of Texas in Tyler.

The city’s lawsuit says the property is not zoned for residential use and has electrical, as well as other health and safety code, violations. The lawsuit does not say what city ordinances the church is violating.

Canton is asking for injunctive relief, which would close the property until the city receives the project plans, construction plans and the required city permits. The lawsuit does not list which city permits are required.

Harber says Donalson has tried several times to purchase permits but was turned away.

In response to the city’s lawsuit, New Beginnings filed a notice of removal, which claims the city had plans to develop the property, had it condemned and ordered to be demolished.

The ministry also says these plans were not made available to them, and no one was notified about it until a year after the property was purchased.

CBS 19 reached out to Ed Voss Jr. of Brown & Hofmeister, who is representing the city. As of Tuesday night, Voss has not returned the call.

City of Canton v. New Beginnings Fellowship Church of Houston will have a hearing 10 a.m. Oct. 29 .