Workers are half as likely to need unemployment benefits in Tyler as those in the rest of the U.S. 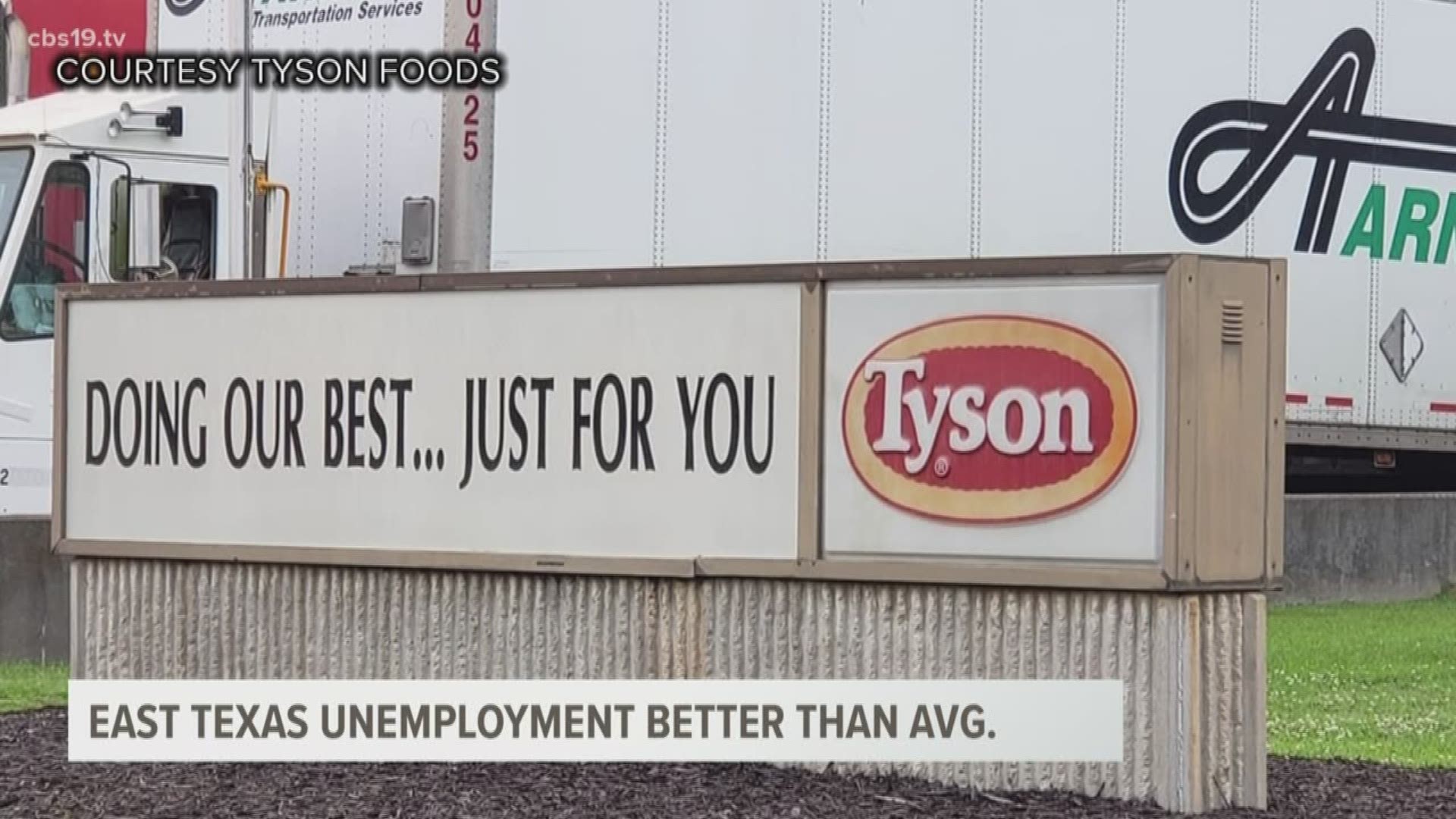 TYLER, Texas — New data from Washington shows how the pandemic has and continues to hurt our families. More than one in every seven American workers is now unemployed.

While the number of families struggling to support themselves rises, East Texas is faring better than most places.

“We’re just extremely blessed that our economy is very diversified,” said Professor Krist Swimberghe, the Interim Dean of the Soules College of Business at UT Tyler.

Recent data from the Federal Reserve Bank of Dallas shows that 21.3% of workers in the United States had filed for unemployment between the weeks of March 7 and April 25. Due to the novel coronavirus pandemic, rules have been relaxed to allow more workers to claim unemployment, including those whose hours have been reduced.

The percentage of unemployed Texans is 15.2%. In Houston, 14.2% of workers filed for unemployment during that period, while the rates in San Antonio and Dallas were 13.7% and 12.7%, respectively.

In Tyler, however, only 11.2% of workers filed for unemployment during that time frame, roughly half the national average, while Longview saw only 8.3% of its workers seek unemployment.

“Yeah, these are numbers that, when you read it, that have not been recorded since the Great Depression,” Swimberghe mentioned. “So it’s sobering. It’s very sobering.”

Swimberghe mentioned three industries that may be most responsible for the relative health of the economy in East Texas. The first he considered was health care.

“Tyler kind of has an unusual situation. For the size community that we are, we have a, per capita, if you look at the numbers, we have a very large health care sector,” Swimberghe explained. "I mean, we’ve got three major hospital systems here in Tyler, and, obviously, you know, that’s unusual. Not every community benefits from that."

“While we switched from a face-to-face delivery to an online delivery, the fact of the matter is that universities did not shut down, and so, did not lay people off,” Swimberghe said.

East Texas also has Brookshire's, Trane, John Souls, Tyson, and other essential companies with large numbers of workers, some of which hired more people to deal with increased demand due to widespread stay-at-home orders.

Professor Swimberghe says he believes those industries will help the economy recover, too, but not yet.

“When you start talking about hundreds of millions of dollars in losses, and billions statewide and nationwide, it is, yes, indeed, staggering and unprecedented,” Swimberghe said.

The U.S. Department of Labor reported Friday that 20.5 million people lost their jobs in April.