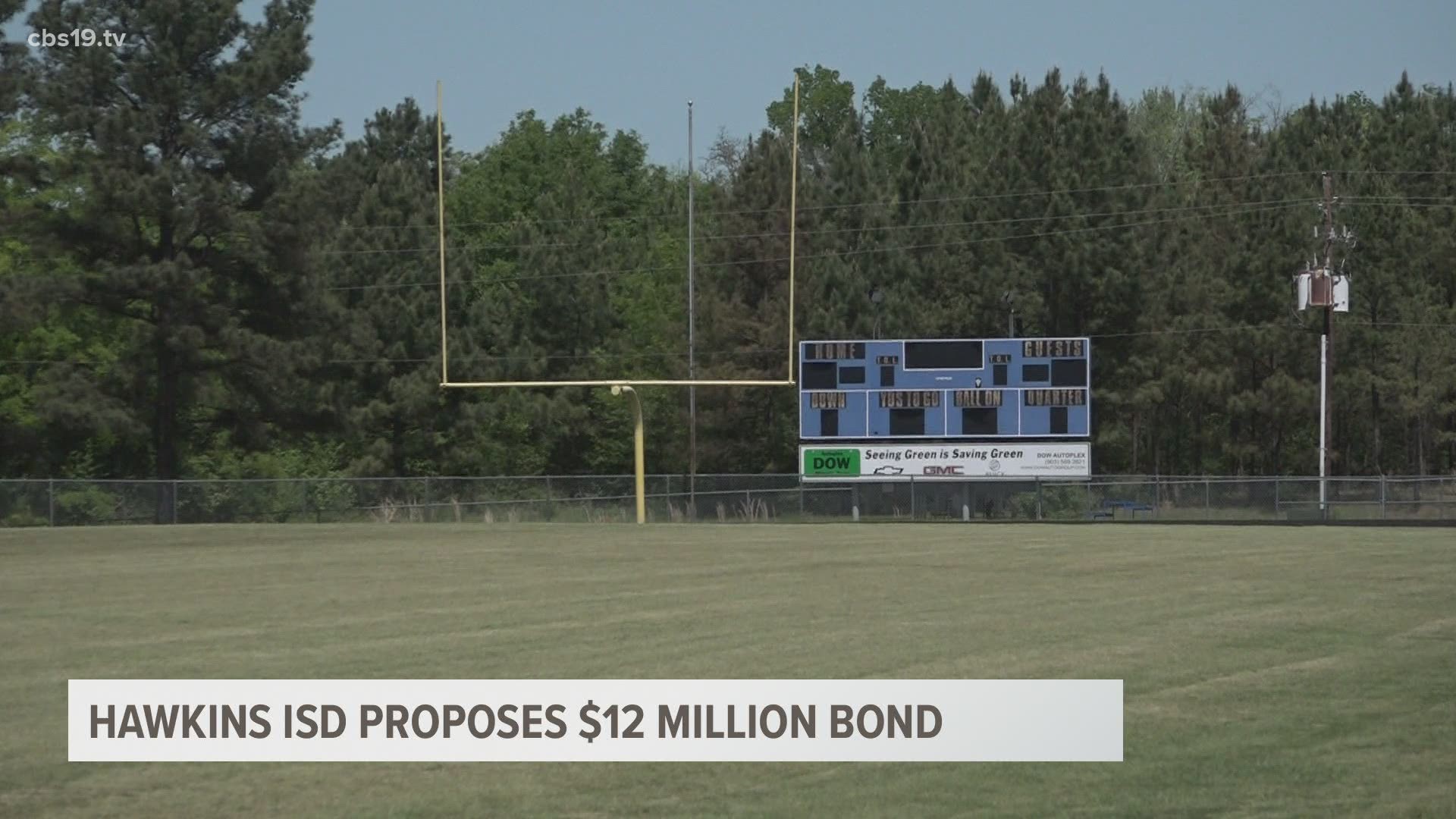 HAWKINS, Texas — As the May election approaches, Hawkins ISD voters will consider a nearly $12 million bond.

"This bond is looking at mostly our extracurricular spaces, our AG building and then our field improvements as well," McConnell said. "And just some other district-wide improvements."

The bond is made up of two propositions. The first is just under $10 million for district buildings, buses, technology infrastructure upgrades and HVAC systems. The second is a little over $2 million to improve various athletic facilities.

AG teacher Matt Byrd, Band Director Jeff Wilson and Athletic Director Scott Evans are all keeping a close eye on the outcome of the bond election.

Byrd and Wilson say if the bond passes it will give them the space they need to teach their respective subjects.

"We need some more room to be able to teach kids appropriately," Byrd said. "And especially in a shop environment, we run into some safety issues."

"With band each instrument is different," Wilson said. "And each part is different. The more places and people that we have to break that down and work with those specific individuals is better."

Evans says improvements to the football field is going to help out not just the football team but also the baseball team.

"The first time we fell to the ground ball was against our first district opponent," Evans said. "Having the field turf on the football field will allow our baseball team to always have the ability to do infield."

Chair of the Bond Steering Committee Kevin Gattis says the increase in taxes is worth it for the number of improvements.

"With the homestead exemption, you're like $8.63 a month and over 12 months," Gatttis said. "That's I mean, you can equate that down to like a coke a day,"

On Monday the district will be holding a virtual discussion about the bond on Facebook.

McConnell says 2018 is the last time a school bond passed in the district for $4 million.