When tornadoes touch down, it's go-time for East Texas nurses and physicians 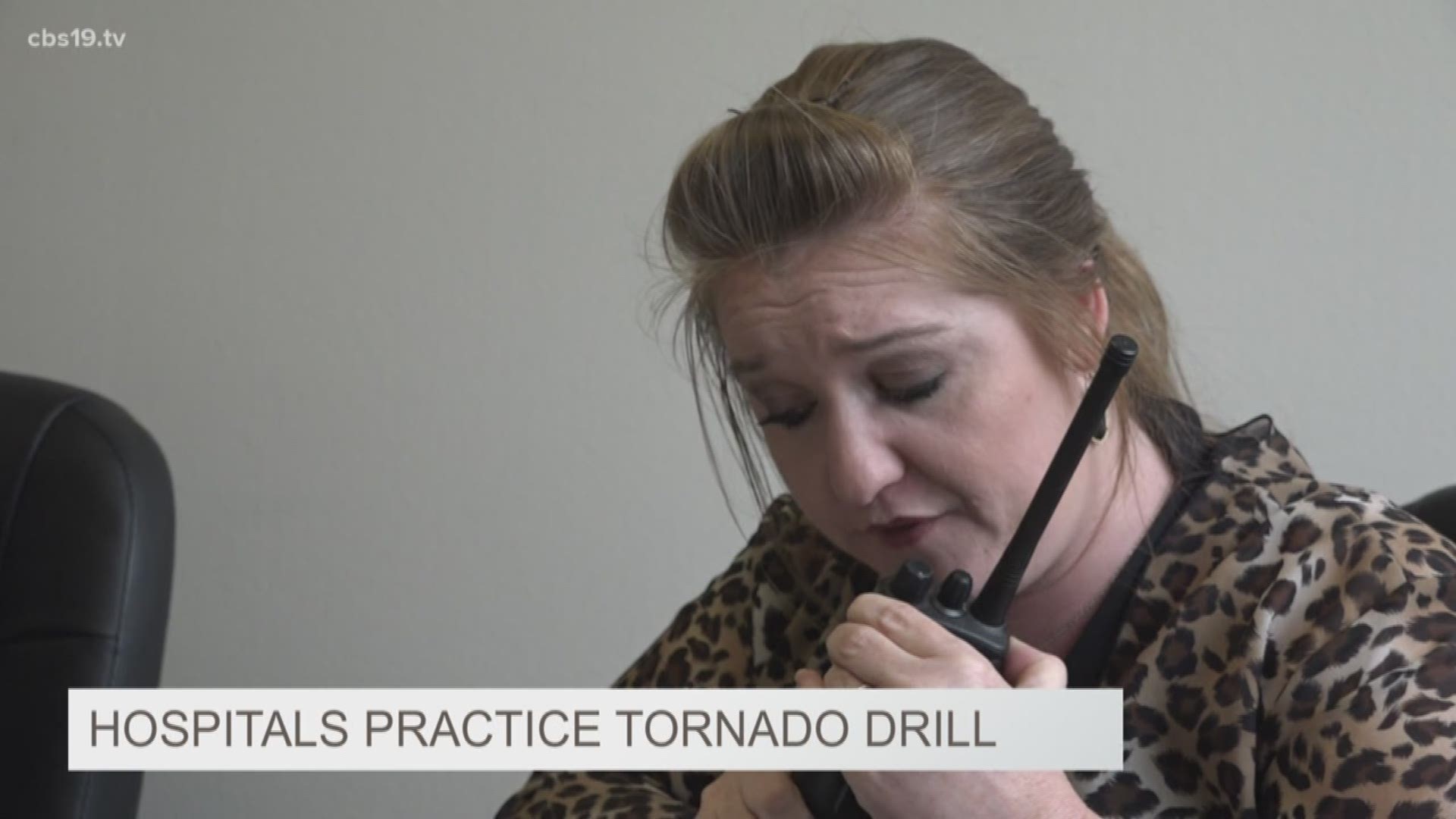 HENDERSON — In 19 counties across East Texas, hospitals were put in a simulation as if it were a real tornado emergency. That's their chance for medical teams to work the kinks and correct mistakes, because they can't afford to have any when something real happens. The UT Health Henderson was under a drill that was as if an EF-4 tornado touched down in Tyler and Jacksonville.

Participants had to use their resources since the simulation involved the phone lines, cell service and internet missing. Students from Tyler Junior College participated in the drill as if they were wounded Tornado victims. Roy Langford is an EMS division chief in Smith County. Langford said it is about making sure patients get the care they need, transported in a timely fashion and patients under his care are safe.

"Just know that the professionals are there," Langford said. "We train, we work together and we make the comfort that we need to make sure that they [patients] stay safe."

Tornado drills are a yearly event in East Texas. Even though it is a simulation, medical teams have to prepare for the unexpected. April considered to be in the middle of tornado season, it typically moves away from East Texas by the end of May.