The nonprofit 'Don't Provide East Texas Campaign' was started to remind people not to give alcohol to minors. 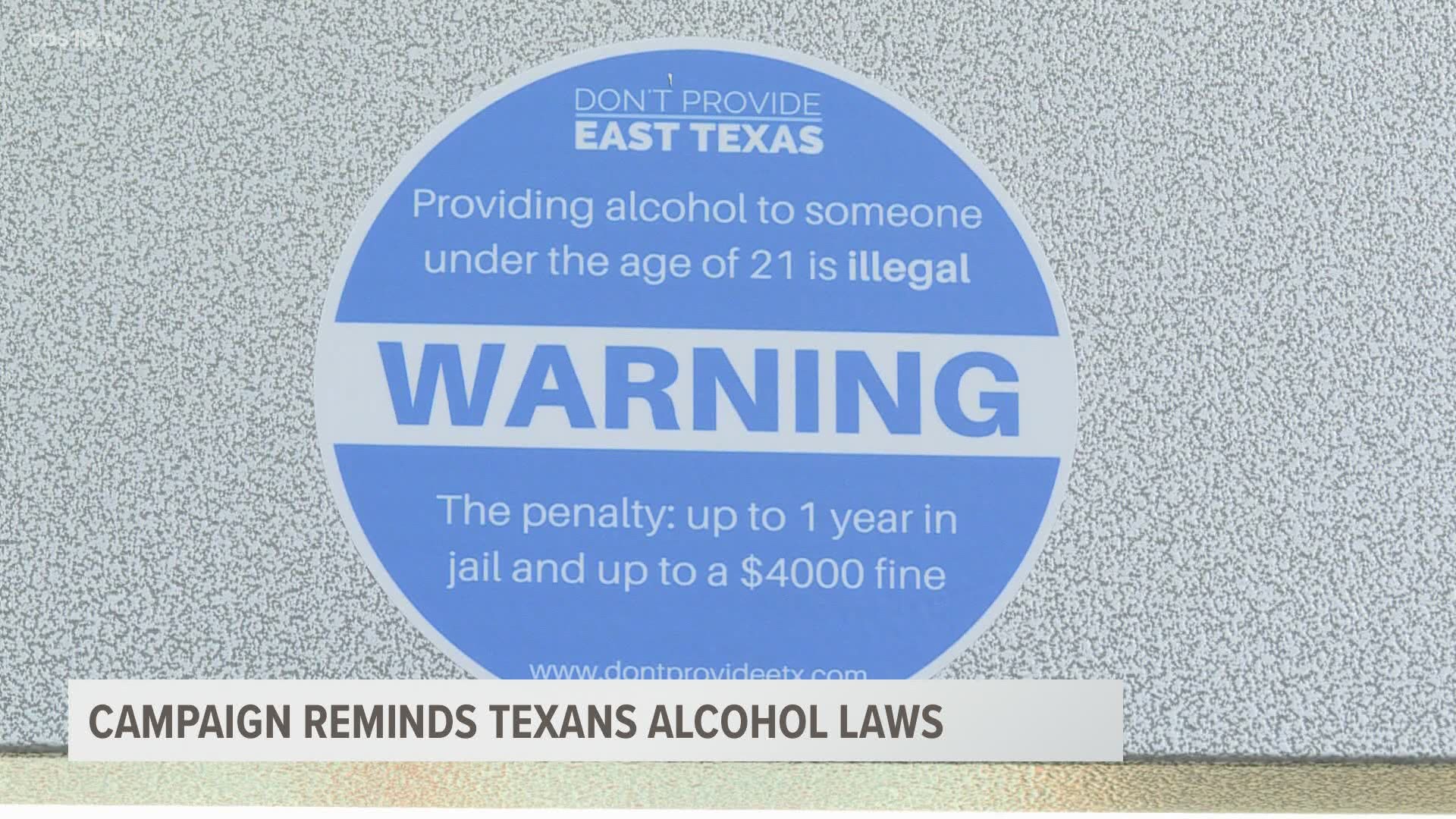 TYLER, Texas — Despite the many changes over the last year due to the COVID-19 pandemic, people can still look forward to America's past time. Yet as the Super Bowl LV approaches, a Tyler nonprofit is taking a proactive approach to remind people about the law.

Rebecca Smith, the coalition programs director for Next Step Community Solutions, says the nonprofit started its 'Don't Provide East Texas Campaign' four years ago to remind people not to give alcohol to minors.

"We know that the Super Bowl can be a time of high drinking, so it was really important at this time to get our message out there," she said. "The penalty can be up to a year in jail and a $4,000 fine."

This week more retailers than ever will be taking part in the campaign placing stickers on cooler doors, which state providing alcohol to someone under 21 is illegal and explains the penalties.

"And new this year is a Spanish sticker that we've added as well and this is the exact same thing in Spanish," Smith said.

The nonprofit also sent more than 5,000 stickers to East Texas restaurants. Those stickers are placed on to-go bags and read “Mealtime is a great time to talk to your kids about underage drinking.”

According to data from Next Step, In East Texas, 65% of minors get alcohol from adult relatives or friends. However, since the campaign began, the Texas School Survey found underage drinking rates from 2018 to 2020 had dropped, with a 13% decrease for 7-12th graders who said they had consumed alcohol in the last 30 days.

"So that really just shows us by getting this message out to parents about talking to their kids, is really making a difference," Smith said. "We know that there will be a lot of alcohol ads during the Super Bowl, so that's a perfect time to approach the subject."

Smith recommends parents talk to their children about alcohol as well as other substances by having small conversations over time as the young adult develops.

RELATED: Alcohol-to-go is one step closer to becoming a permanent fixture in Texas