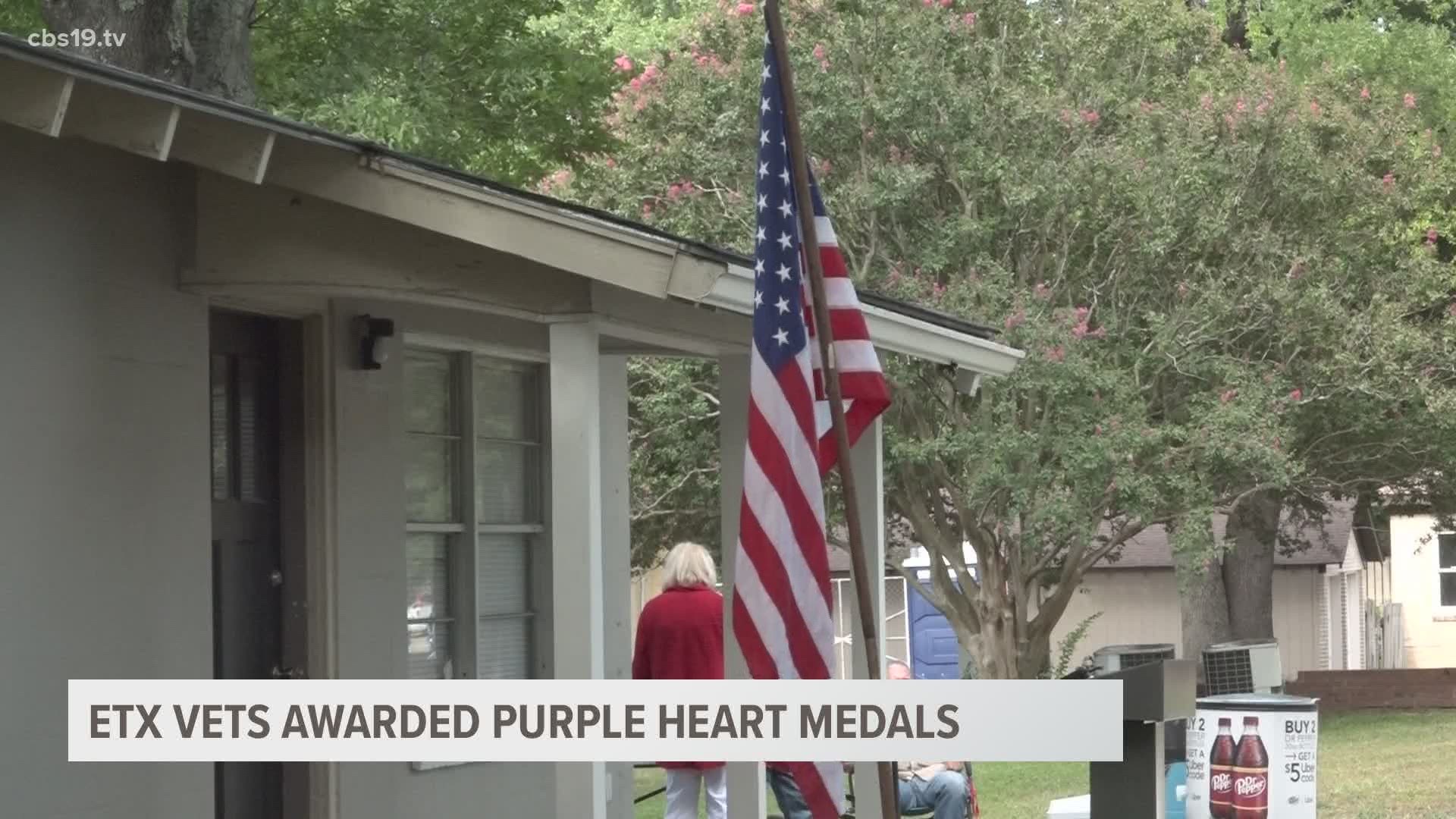 To be awarded a purple heart means you were wounded or possibly even killed while serving.

"It's gratifying to be recognized and appreciated for the job we attempted to do during the Vietnam conflict," Vietnam Veteran, Raymond C. Ward, said "And it makes me feel good that some people really do appreciate what you did for our country."

Purple Heart Day is when our nation honors veterans who served our country and present a select few with the purple heart medal.

To be given a purple heart medal means various things to different veterans.

Patrick Rogers served in Iraq and Afghanistan, and for him, today is more about the veterans who've served during other wars.

"These Vietnam vets, and I think there may been Korea war vet in there, those guys really went through it," Rogers said.

Most of us can't begin to imagine what our troops go through every day, and that's why Sandra Brazil-Hamilton, a board member at CampV, says giving out the purple heart medals is the least we can do for the people who have given so much for our country.

"They live with those wounds that they carried from war," Brazil-Hamilton said. "So it's just a journey back from those times that they fought for our country and some died for our country. So we want to honor that and respect that."

"Some lose lives, some are broken, but sometimes they don't know," Ward said. "You have to understand, but I don't think you really can understand it unless you walk in their shoes."