UPDATE: Tennessee teen dies after being ejected from vehicle during crash on I-20 in Gregg County 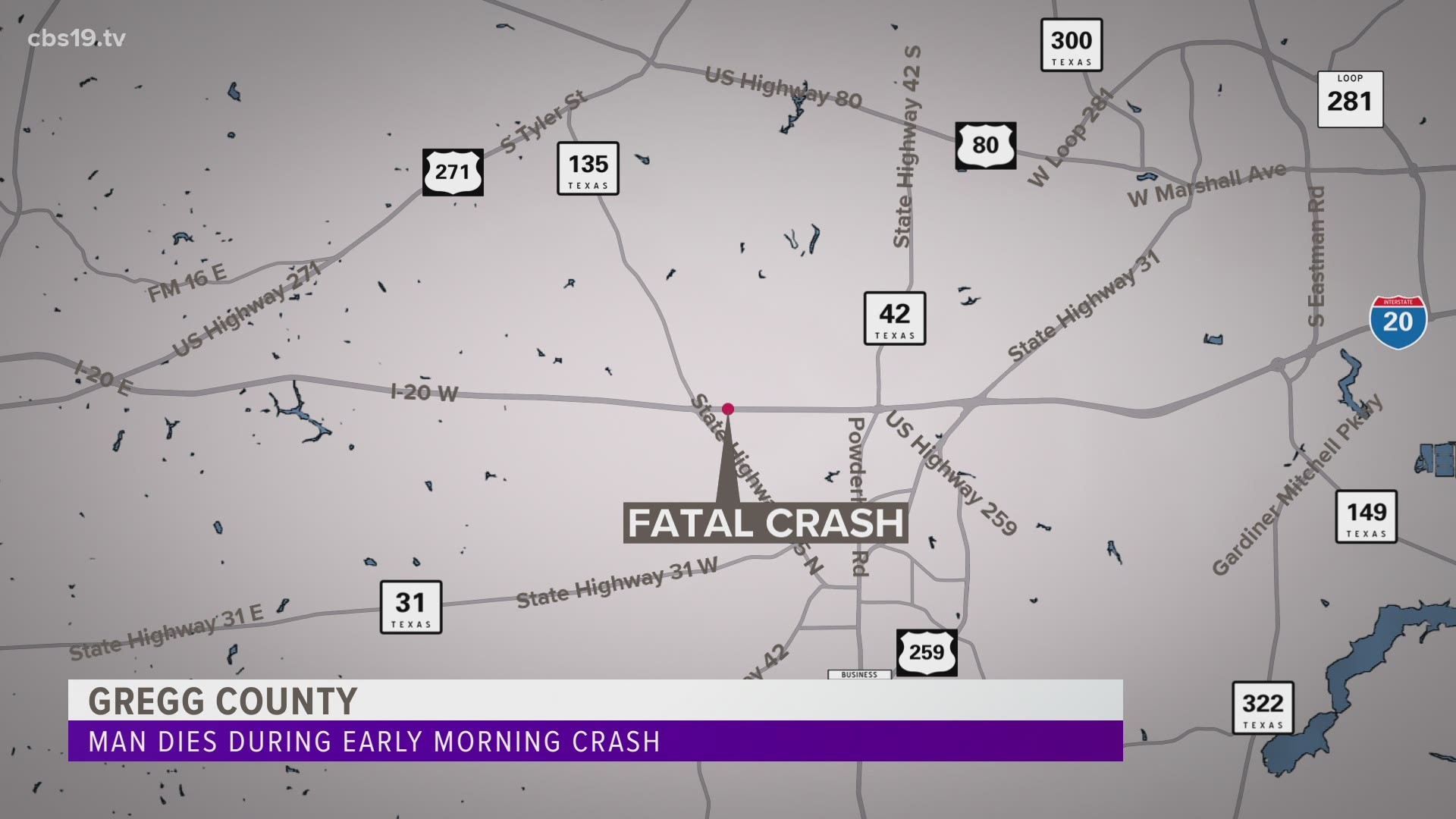 According to officials, troopers and emergency responders responded to a fatal crash at around 1:16 a.m. on IH-20 eastbound at mile marker 584 near Kilgore.

The investigator's preliminary report indicates that the driver of a 1999 Ford Explorer was traveling east on IH-20 when, for an unknown reason, the vehicle drifted off the pavement to the north side of the road. The driver steered hard to the right and crossed both eastbound lanes and overcorrected to the left, putting the vehicle into a side skid. The vehicle began to roll, ejecting the driver. Moments later, the driver of a 2015 Volvo truck-tractor towing a semi-trailer struck the disabled vehicle.

The driver of the Ford was identified as John Michael Harvey, Jr., 18, of Franklin TN. Harvey was pronounced dead at the scene and was taken to Rader Funeral Home in Longview.

The driver of the Volvo was identified as Timothy Allen Ingalls, 58, of Bossier City, LA.

Troopers and emergency responders are investigating a fatal crash that took place at 2:45 a.m. this morning on IH-20 eastbound at the 584 mile marker in Gregg County involving a truck-tractor towing a semi-trailer.  All eastbound traffic is being rerouted via SH 135 then FM 1252

Eastbound traffic on Interstate 20 near mile marker 584 in Gregg County was rerouted via State Highway 135 then Farm-To-Market Road 1252.