After two years, some community members see this as a sign that change could come. 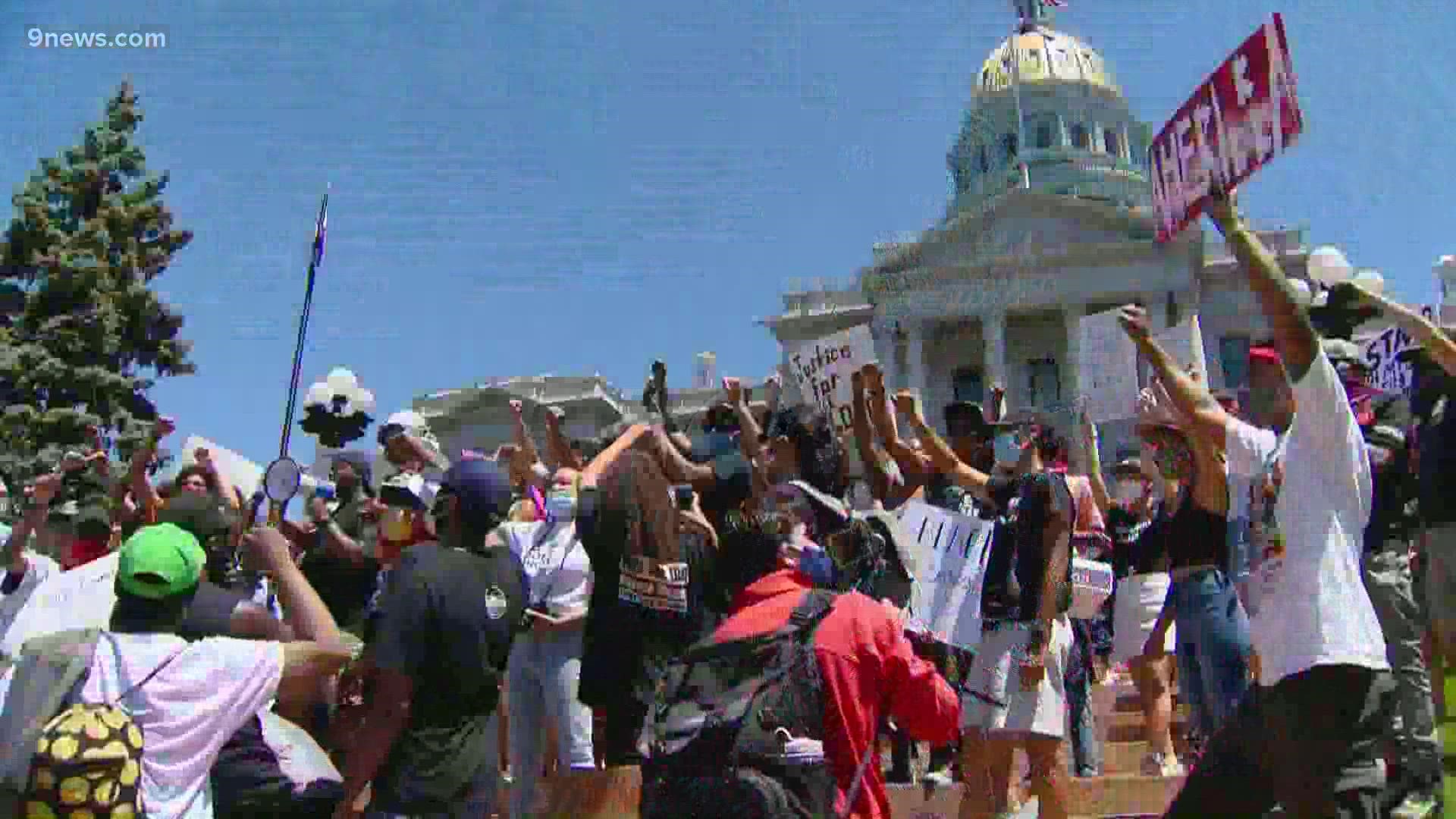 AURORA, Colo. — Just a few days after Elijah McClain died after an encounter with police in 2019, Candice Bailey began calling for change.

At first, just a few people would stand with her and protest.

"People were silent for about eight months and then George Floyd was murdered," said Bailey, who is running for an Aurora City Council seat.

As the movement for police accountability grew, so did the list of names of Black people who had died after encounters with police. Elijah's name was called out over and over, and his name brought attention to other policing practices in Aurora.

"It matters that our community stood up and said it and said it so loud and so clear that it would make it to the ears of the attorney general," Bailey said.

Bailey has always said the Aurora Police are biased against people with her skin color, and two years later, the attorney general's investigators said the same thing.

"What we see today from the attorney general is truly the power of the people," she said.

“Today the attorney general released the findings of his team's investigation into Aurora Police and Fire. Most of the findings are not new and our chiefs of police and fire rescue have been working hard for over a year to address many of them. I'm confident that the issues raised in the attorney general's report, along with the other outside investigations commissioned by our city, will be corrected and that we will achieve an outcome that respects the rights of everyone who lives and works in our diverse community.”

"The city of Aurora staff and leadership are committed to the systemic change that is already underway in Aurora. We started that work more than a year ago. We will not waver from our deep commitment to a "new way" of policing, ensuring public safety and serving our diverse, culturally rich community in Aurora. We are also committed to supporting our officers and firefighters. We, as a community, must support them as they continue to bravely protect our city and as we ask them to meet the expectations of transparency and reform.

"I am still digesting the details of the attorney general’s report, and it is painful to hear. It would be premature for me to comment on any specific findings at this time; however, the findings appear to align with the findings and recommendations presented from independent reviews the city commissioned more than a year ago, prior to the attorney general’s review, and presented over the past several months – from Jonathan Smith and his team, 21CP Solutions and the Community Police Task Force. Each recommendation and finding is valuable in helping us strengthen the "new way" of policing – and serving our community – that we are already implementing.

"I thank the attorney general’s office team for their thorough and thoughtful work. I greatly value our continued cooperation with them. We will work with them to assure the changes we have already made, and will continue to make, are in alignment with their report."

"We remain committed to cooperation and seeking solutions which keep the best interests of our community and public servants at the forefront.

"In the coming weeks, we will work with the attorney general’s office to determine how to implement necessary and sustainable changes. The final consent decree will serve as another resource in our path forward.

"Today is incredibly difficult for not only the Aurora community but this agency. We acknowledge there are changes to be made. We will not broad brush this agency or discount the professionalism and integrity that individual officers bring to our community every day. I am proud to say the Aurora Police Department began the implementation of many changes over the last 21 months, while this and other investigations were ongoing. Those changes have improved overall policing, de-escalation training, community outreach and engagement. I have and continue to hold officers accountable as evidenced by my recent disciplinary actions, which are supported by many officers in the department who are proud to wear our badge.

"The report acknowledges the dedicated work we have already achieved and are committed to seeing through. I consider this report as one facet of a comprehensive effort to provide the highest quality police officers and level of service to our community in Aurora."

"Aurora Fire Rescue committed to fully cooperating with the attorney general’s office during their review. This included providing access to our individual firefighters, crews and any and all EMS report data that was requested. The primary issue identified by the attorney general for our department was related to the use of ketamine. Although this medication was removed from our system more than a year ago and we have no plans to reintroduce this medication into our system, we find value in the report.

"Before the investigation was completed, our department had already taken myriad steps to enhance our service delivery such as extending the quality improvement/review process, improving our patient care documentation capabilities, and modifying the medical protocols to provide additional clarity between police and fire on medical interventions, which ultimately addressed many of the concerns which were brought forward in the report.

"Our mission is to provide the best service possible, and we are confident that following national best practices in EMS, updating our medical protocols for therapy every six months, developing relevant data-based training and continuing to enhance our physician-led extensive quality assurance/quality improvement reviews of our responses will lead to great outcomes for the community."

“Today’s findings laid bare what many in our community know too well: that people of color are often treated differently by law enforcement and subject to abuse. I commend the Colorado Attorney General’s office for conducting a thorough investigation.

“Today is another step on the march to a more just, equitable and transparent law enforcement system for our community, but there is much work to do. It’s now time for the City of Aurora and law enforcement leaders to engage with the attorney general and start the process of correcting the issues identified in this investigation. I will continue to fight for comprehensive reform at the federal level to restore trust and accountability between law enforcement and the communities they serve.”

“The findings from the attorney general’s investigation of racism in policing in Aurora are incredibly disturbing. However, for those of us who have been working on anti-racism in public policy and accountability for law enforcement, they are sadly not surprising.

“The activists and family members of those who have been hurt and killed have worked tirelessly for years, raising their voices to explain that Aurora has a pattern and history of racist policing, specifically targeting Black people. This independent investigation has finally vindicated them.

“Colorado has led the way on bold legislative action on police accountability after last summer’s racial justice protests. These findings demonstrate the need for those policy changes, but there is still so much work left to do to keep our communities safe in Colorado.”

“Today’s report is a glaring picture of how the Aurora Police Department operates, and gives us a full understanding of the gaps that must be filled in order to protect vulnerable families from racist, violent and inhumane police practices within the department. Thanks to our efforts in 2020 to pass a landmark police reform bill here in Colorado, instances of police violence, prejudice and bad behavior can no longer be swept under the rug. We will no longer tolerate bad actors going unchecked and this report, though disturbing, serves as a path toward dismantling systemic racism and bias within an institution that has lost the trust of our communities. We are incredibly grateful for Attorney General Weiser’s commitment to addressing this ongoing issue in our state and commend him for the work he and his team have put in to come to this conclusion. We remain committed to our collective goal of reforming the way we police in Colorado, advancing racial justice within our communities and working toward a system that is fair and just, one that truly values Black and Brown lives – and having the attorney general and Aurora enter a consent decree agreement is another step toward that goal.”