The parent company of Longview-Kilgore Cable announced Monday it would be expanding its fiber optic plant to offer higher internet speeds for customers. 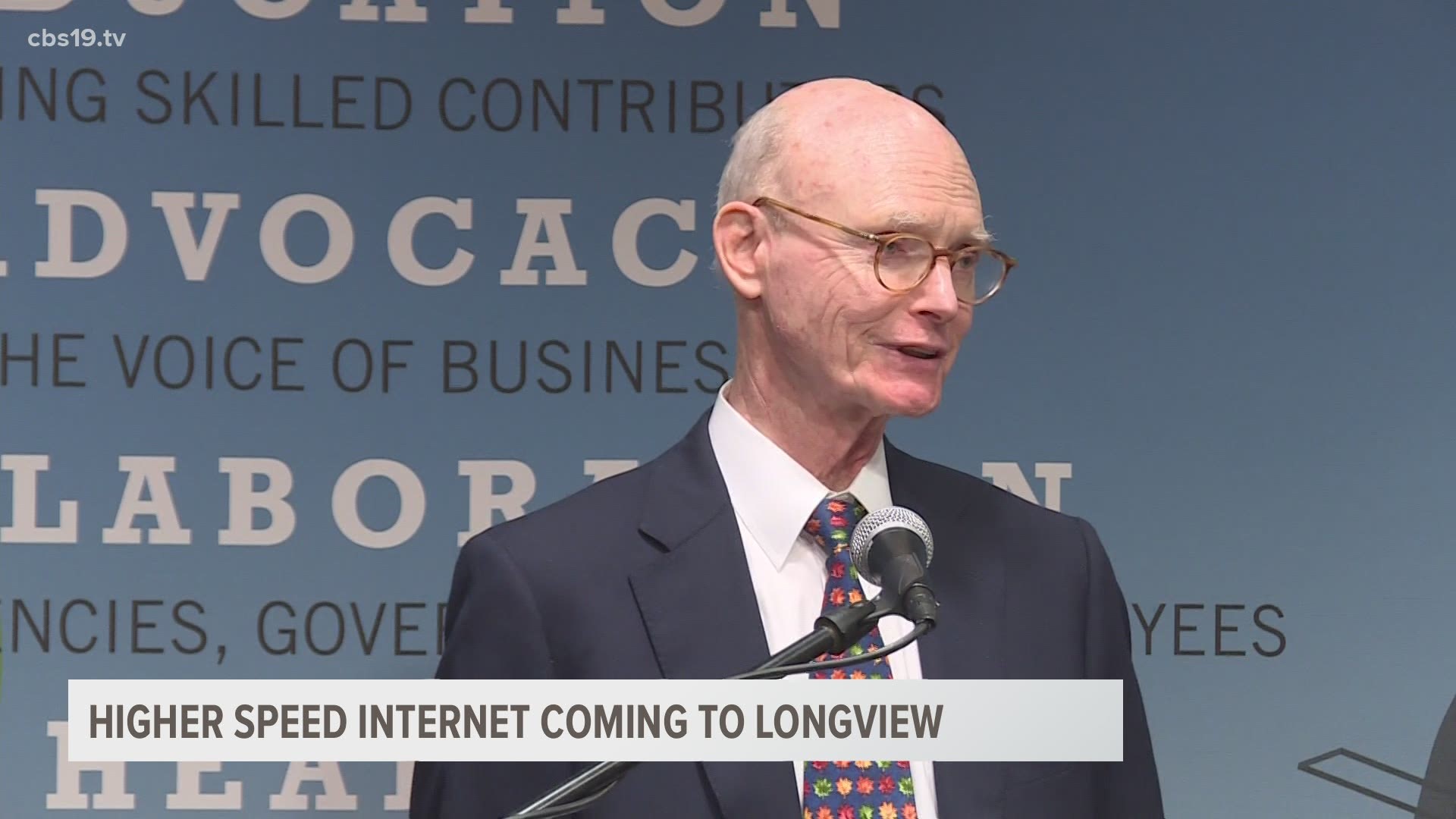 LONGVIEW, Texas — Many people thought by 2020 there would be flying cars, humans would set foot on Mars, and slow internet would be a thing of the past. According to data from the Federal Communications Commission, 39% of people living in rural areas like East Texas still lack access to high-speed broadband.

WEHCO Media, the parent company of Longview-Kilgore Cable, on Monday announced plans to address slow internet for its customers by turning Longview into a "one gig city". Walter E. Hussman Jr., CEO of WEHCO Media said the goal is to have a 1-gigabyte internet service by the end of 2021.

"The Federal Communications Commission defines high-speed internet as 25 megabytes per second and so a gigabyte is really a thousand megabytes," Hussman explained. "We have over a thousand mile of plant in our system, and it’s going to be available to all the customers."

Longview Cable TV officials said they plan to provide more than 1,000 miles of plant. The hope is to bring Cablelynx Broadband Gig service to the community by the end of 2021. @kytxcbs19

The project will cost $5.5 million and improve the internet for customers surrounding Longview as well. Local businesses will also be able to access higher internet speeds.

WEHCO has already invested more than $40 million in Longview-Kilgore Cable. Hussman said the company wants to not only improve service speed but their relationship with customers.

"We're going to do a more extensive audit review of our customer service," he said.

It's rumored another company is looking at fiber-optic internet for the Longview area. Hussman addressed during the press conference how his company would handle internet competition and it appears to be to the community's benefit.

"We'll be willing to look at and match, any price any competitor offers," Hussman said.

Currently, Longview-Kilgore Cable is offering 150 megabytes per second but plans to increase its speed to 250 in a few months.

RELATED: BACK TO BUSINESS: Internet connectivity a challenge in rural East Texas