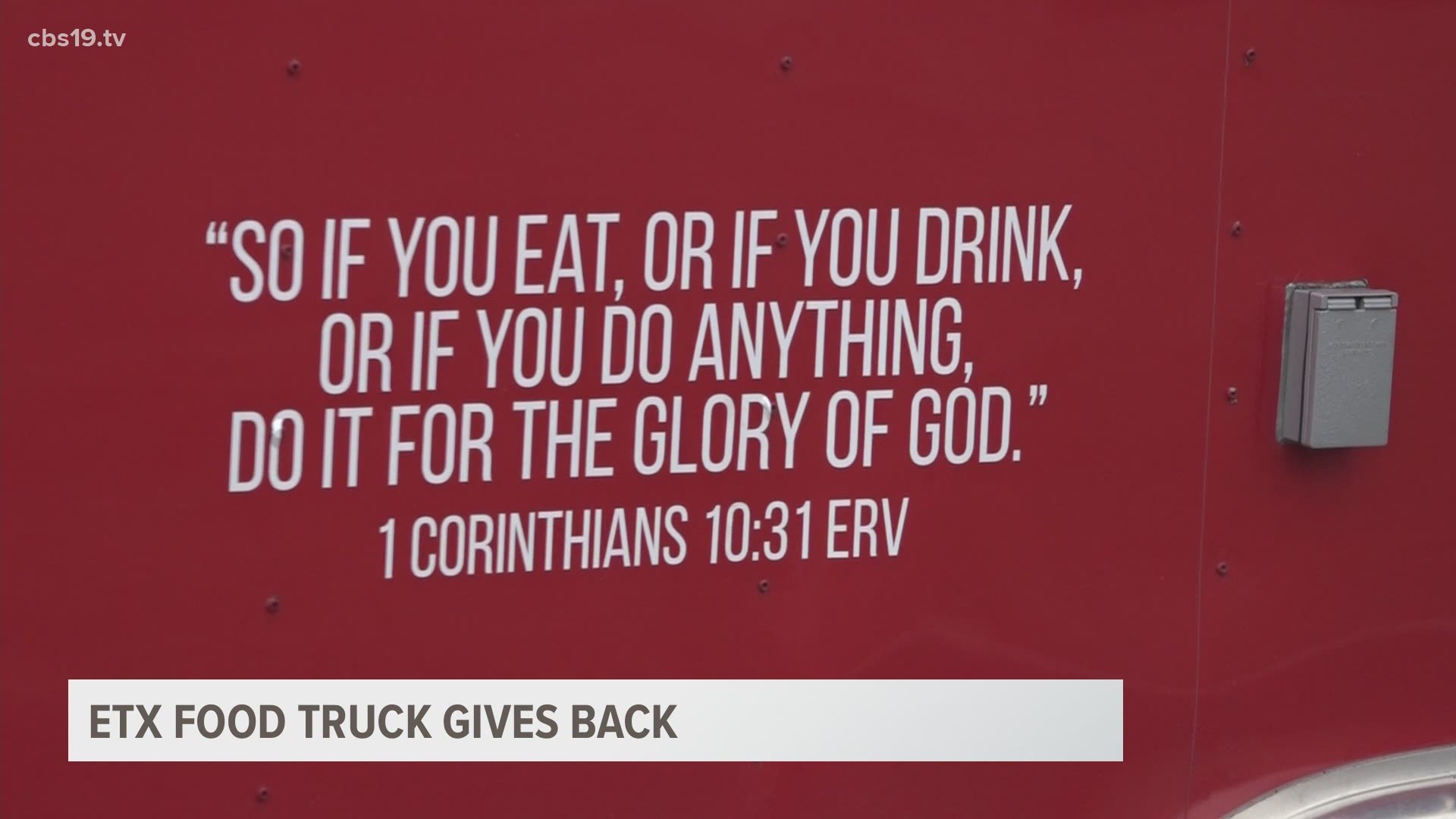 "We're trying to put together some baskets to put out to the ones in need right now to give back," Brandy Weidner, owner of Spud Station, said.

On Oct. 25 Weidner posted to the truck's Facebook page her goal of setting out to give back to the community.

Weidner has been in the food business for many years. Prior to owning and operating the station, she owned her own restaurant. She says through her work she noticed a need bigger than her business.

"I was serving at a location in Tyler, and when we were finishing up I noticed some gentlemen hanging around and I didn't want to approach and overstep and be out of my bounds," she said. "I approached them and asked if they were hungry and they said, 'yes ma'am, but we're homeless, we can't pay you.' I said, 'there is no need we will feed you.'"

Weidner is collecting non-perishable food items she says will go to community members, ministries and people she knows that need food.

People may drop off those items at the Spud Station.

"We've been so blessed and fortunate we feel like this is something we should do to help," she said. "Not only is it the giving season so to speak but this has been a really hard year."

One in five East Texans, including one in three children, are hungry today, according to the East Texas Food Bank.

According to recent numbers, more than 22% of East Texans are considered to be food insecure.

"We have asked everyone whether they are a customer or not to come down and drop off any non-perishable items," she said.

Weidner says those who drop off an item will receive a coupon for a discount on their next purchase.

Today I had the chance to talk to the owner of the #SpudStation #foodtruck on how she saw a need in the community and is taking action. #fooddrive #nonperishable #feedingthecommunity #etx pic.twitter.com/b06rspbHeg

To see a list of food distributions and locations organized by the East Texas Food Bank, clicking here.

To see where the Spud Station will be next, visit their Facebook page.

RELATED: :) TELL ME SOMETHING GOOD: Bringing food to the table