Even after his death, Longhorns mascot Bevo XIV could save lives, UT Austin researchers say

Bevo XIV, University of Texas' mascot, died in 2015. And UT-Austin researchers say it turns out that what killed the Longhorns mascot may help cure a deadly disease plaguing millions of people. 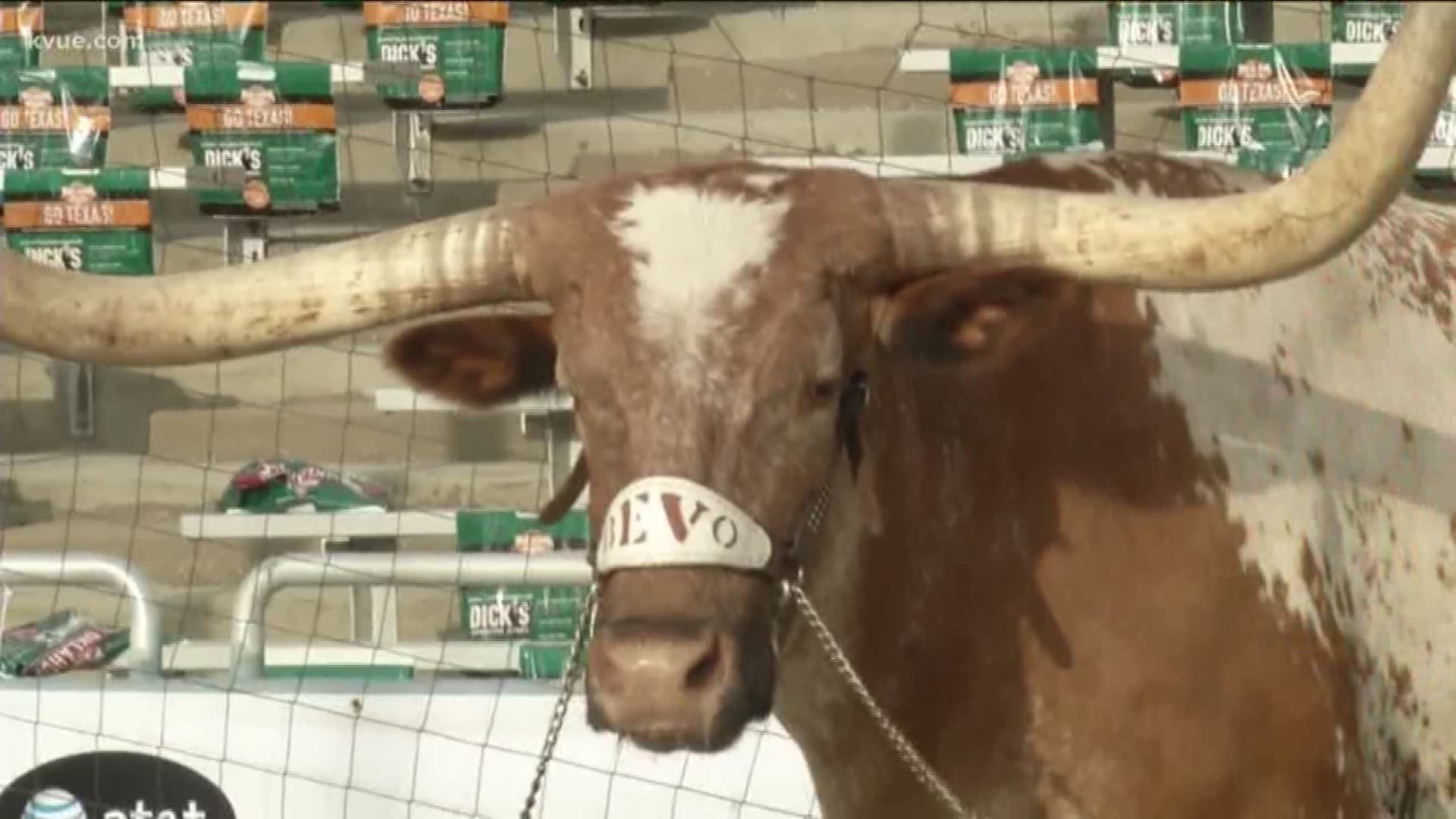 AUSTIN — He is the face we see on the University of Texas football field. He is a revered symbol of strength and a representative of the Austin campus.

But Bevo may become even more beloved for helping humans.

This is a story KVUE first reported in early October. A big medical breakthrough courtesy of Bevo XIV, UT's famous mascot that died in 2015. It turns out what killed him may help cure a deadly disease plaguing millions of people.

Feeding time is music to the ears of a man who has spent his life making music.

“We got them about two years ago,” said Ray Benson.

The legendary Austin musician only recently became a rancher.

“I figure I didn't go to UT, but I'm a big Longhorn fan, so I better get some longhorns,” he said.

The gentle giants hold a key to a very familiar disease for Benson.

PHOTOS: Bevo, the making of a Longhorns mascot

PHOTOS: Bevo, the making of a Longhorns mascot

1 / 35
John Baker on the right with David Polser, one of Bevo XIII's first handlers.

At 11 years old, Bevo XIV was diagnosed with bovine leukemia.

Her husband and co-caretaker agrees.

“In two weeks time he appeared to go from a-okay to zero,” said John Baker.

He died in the middle of the football season three years ago.

Researchers discovered the bovine leukemia virus Bevo XIV had contains a protein -- the same protein humans naturally produce that helps them fight Hepatitis C. The protein almost acts like a shield against Hepatitis C in humans.

“Our particular discovery helps understand how the virus takes over the cells and makes them grow,” said Chris Sullivan, associate professor at UT.

VIDEO: What Longhorn mascot Bevo XIV's death revealed for those with Hepatitis C 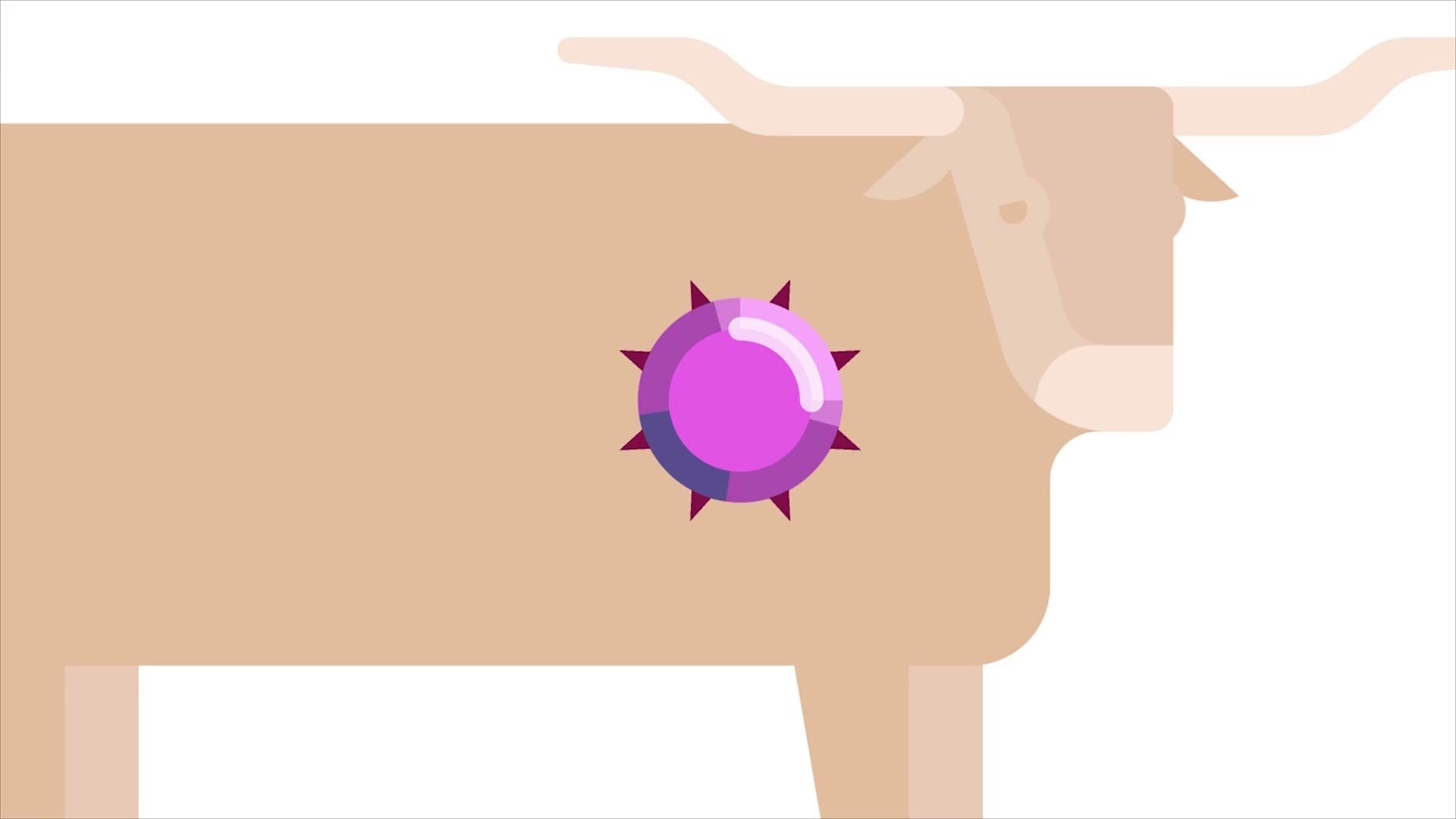 This discovery may mean better treatment and, better yet, perhaps even a possible vaccine.

“This protein actually attacks the virus,” said Dr. Rodney Kincaid, Ph.D. post doctoral fellow, who headed up the research. “Currently in the United States, more people die from Hep C than from HIV, the virus that causes AIDS. There could be drugs derived from our study that could contribute to more people getting treatment and cured.”

Seeing Bevo XIV go was difficult for Betty and John Baker. But this research gives them hope that his passing helps others.

“To think that it (Bevo XIV’s death) could help somebody on the human side of it,” Betty Baker said.

The discovery could lead to better drugs. That means easier, cheaper treatment for the 3.5 million Americans like Benson, who lived with Hepatitis C for years.

“I did not realize how sick my liver was,” said Austin musician Benson.

“I had had it since the 1970s. I had gotten it from a tattoo at 12th and Lamar and the two guys I was with passed away of liver failure,” he said.

One in 30 baby boomers is believed to be living with Hepatitis C.

Blood was not tested for the disease until the 1990s. So anyone who received blood transfusions before 1992 or who used intravenous drugs are at greatest risk.

The disease can lead to liver failure and even cancer.

But it is curable.

Doctors recommend anyone born before 1965 be tested for Hepatitis C.

"People will feel fatigued, muscle aches, body aches, may feel nauseous, jaundice, clay-colored stool, a general sense of not being well," said Dr. Fida Khan, M.D., an internist and Infectious Disease Specialist with Seton Williamson. "In 25-percent of the cases, people's bodies fight it off. In 75 percent of the cases, they develop chronic Hepatitis C, which ultimately can lead to liver disease even cancer and death."

“This would be great if they could come up with something as effective or better and perhaps less expensive,” he said.

A surprising discovery at a University where medical research is thriving, especially since the medical school opened.

“That's the nature of medical research these days. They do incredible work and you never know where it's going to come from,” said Benson. “Way to go Bevo.”

This research could lead to advances in other viruses too.

“Our bodies try to naturally defend ourselves from viruses and we need to understand how they do that,” said Dr. Kincaid. “Because that gives us insights into how to develop therapies.”

The research is proof that what starts here -- at UT -- really does change the world.

This is just some of the research unfolding at UT.

“This is the argument for why you fund science. It led to insights that could help humans,” said Sullivan. “This is why you come to UT Austin. We had junior scientists -- Dr. Kincaid trained in our lab -- and then stuck around afterwards doing real-world science. UT is not just a powerhouse for athletics, but a powerhouse of academics, where you can do real-world research as part of your undergraduate training.”

This is only part of the Bevo story. Tuesday at 10 p.m., see what it's like to be family to the most famous college mascot in the country.

'Supercomputer,' among most powerful in world, coming to University of Texas at Austin