Major changes are coming to Azleway Boys Ranch here in Tyler. The well-known residential treatment center has a history rooted in East Texas spanning nearly 40-years. Recently, rumors erupted about the fate of the facility, lead personnel, among other things. CBS19's LaDyrian Cole takes a deeper look into what's going on with the facility. 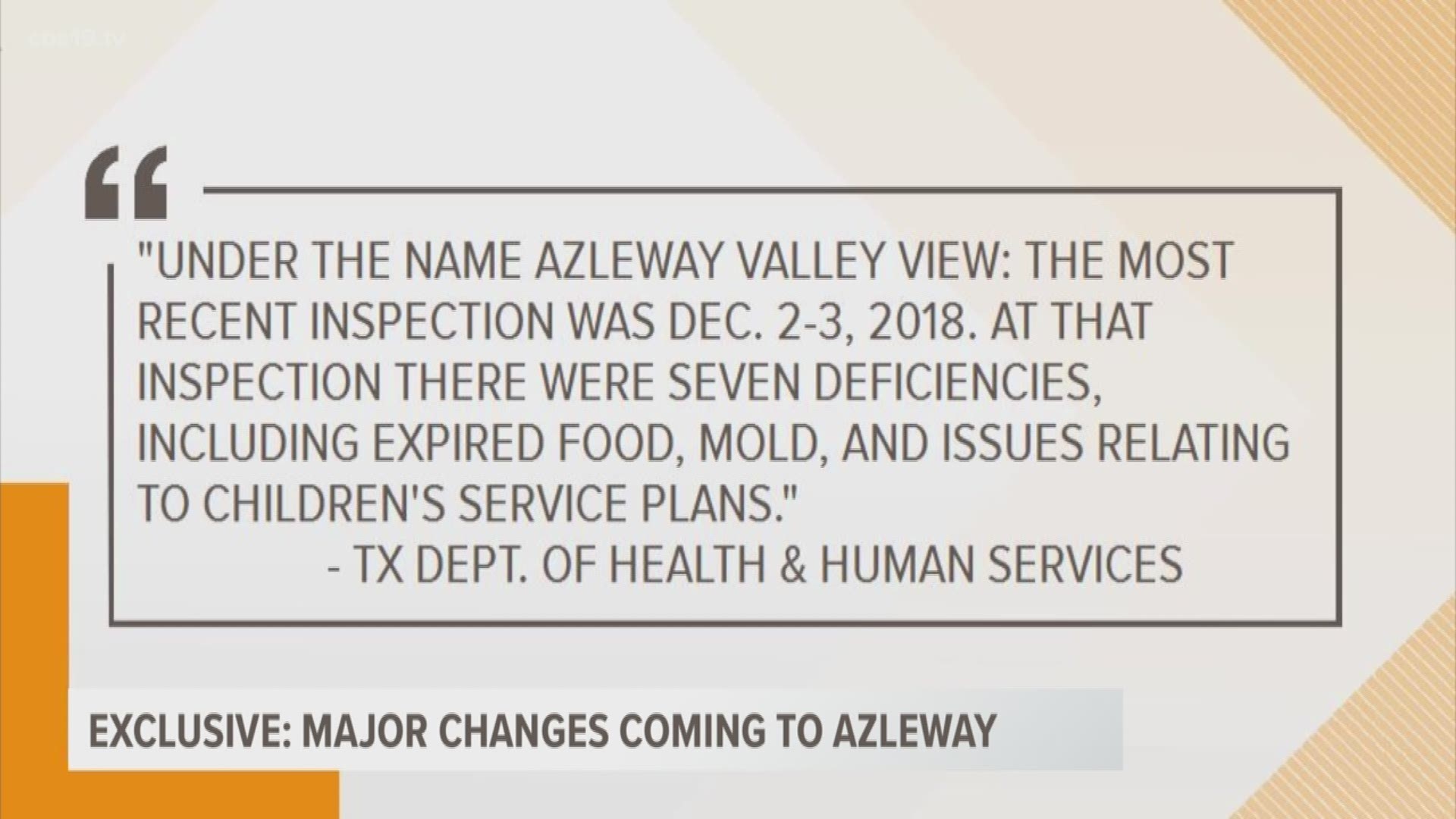 TYLER — Located on over 50 acres along County Road 26 in Tyler, Azleway Boys Ranch has housed and served at-risk boys ranging in ages 6-17 for nearly 40 years.

Sources with current and former connections to the ranch recently reached out to CBS19 regarding claims of state investigations, an alleged shut-down order for the ranch, and questions surrounding the future of current executive director, Gary Duke.

According to these sources, state case managers began transitioning boys out of Azelway into other facilities or foster homes in October. To verify these claims, CBS19 contacted the Texas Department of Health and Human Services. It’s one of the agencies that provides licensing and ensures the organization meets minimum regulatory standards. A representative with the agency was only able to confirm that under the name, Azleway Boys Ranch,

“the most recent inspection was Jan. 10, 2018 and no deficiencies were cited.”

However, under the name, Azleway Valley View,

“the most recent inspection was Dec. 2-3, 2018. At that inspection there were seven deficiencies, which related to expired food, bathrooms with leaky sinks and mold, accessible chemicals, and issues relating to children’s service plans.”

To verify other claims into alleged sexual misconduct at the ranch, CBS19 reached out to the Texas Department of Family and Protective Services. The agency oversees reports of abuse and neglect at child care facilities. A representative for the agency provided this statement.

"I can confirm DFPS is conducting an investigation at Azleway Valley View. Investigators will work to determine whether or not abuse or neglect has occurred. Details of abuse investigations are confidential. Findings from our investigation will be turned over to the health and human services commission (HHSC)."

In regard to claims that the state will be closing the facility soon, incoming executive director and longtime administrator, Chester Amidon told CBS19 they have plans “to downsize the residential program and instead focus on a transitional program” for older boys between the ages of 16 to 22. As for the younger boys currently living at the ranch, Amidon says they will be “either sent back home, placed in foster homes or other programs.”

This story is developing. We'll continue to update this story both on air and online as more information is confirmed.