Tucker Burns was out at White Rock Lake most days, and she formed friendships with members of Dallas police's Bike Unit. In her memory, Burns' family gave back. 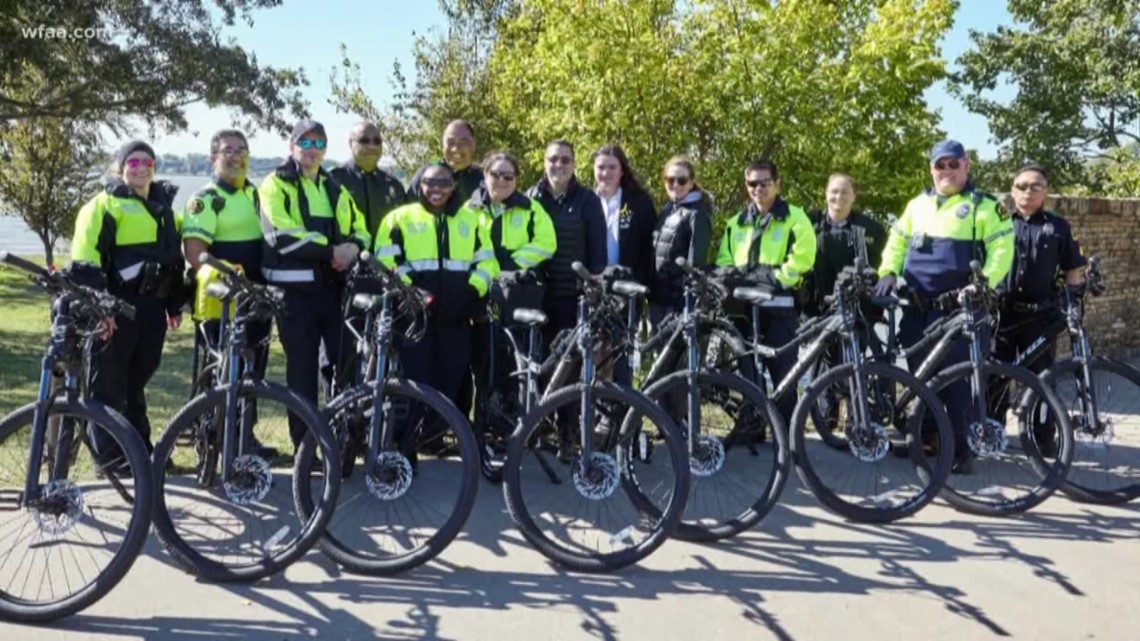 DALLAS — White Rock Lake has a dedicated community, and one of its best stewards was Tucker Burns.

If you know the area well, you also may have known her and her companion Don from the nearby CC Young retirement center. The pair had a standing date.

"She loved the lake," said Burns' son-in-law, Leon Banowetz. "Every morning we would leave our house and we would see the two of them sitting on a park bench, feeding the ducks."

"When [Burns] had told us that she had met some officers at the lake, we did not find that to be a surprise," he said.

And it turned out, that friendship would bless them both.

Burns passed away in February, and the Banowetzes had an idea.

They decided to look out for the people who were looking out for Burns.

It's been 10 years since Dallas police's Bicycle Unit at White Rock Lake got an equipment upgrade. Now they have eight brand new, fully loaded bikes, donated by Burns' family through the White Rock Conservancy.

"It really touched my heart when I heard why we were getting the donation of these bicycles," said Dallas police deputy chief Jesse Reyes. "Simply because our officers did what most people don't even expect them to do. They engage with our community."

So the next time you see the officers on bikes on patrol at the trails of White Rock, think of Burns, whose spirit never left the lake.

"She would have gotten a lot of joy out of this," Banowetz said.