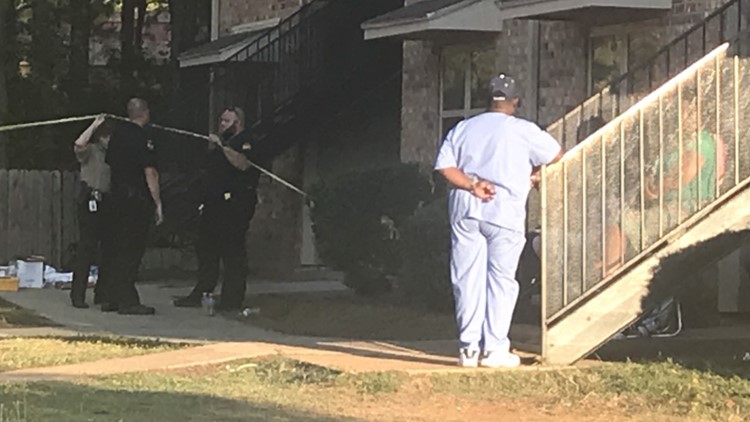 KILGORE, Texas — Family members say two sisters were found stabbed to death at a Kilgore apartment complex Wednesday afternoon and that the son of one of the slain sisters is being held in connection with the deaths.

Two bodies in two apartments were found shortly before 3 p.m. by Kilgore police responding to a 911 call to Stone Creek Apartments in the 400 block of Pine Burr Lane.

About the same time the deaths were discovered, an adult male was arrested about two blocks from the complex, police said.