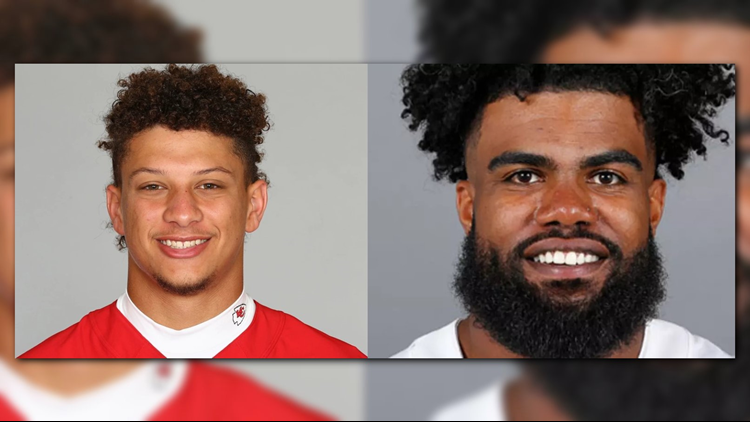 TYLER — Whitehouse alum turned Kansas City Chiefs star quarterback Patrick Mahomes and Dallas Cowboys running back Ezekiel Elliott are among the finalists for the FedEx Air and Ground NFL Players of the year.

Starting Friday, January 4, through Thursday, January 31, at 3 p.m., fans can cast their vote for the one quarterback they feel had the year’s best air performance and the one running back with year's best ground performance. each category at nfl.com/fedex or via a Twitter poll on the @NFL official handle.

FedEx will announce the winners during the NFL Honors, a two-hour primetime awards special to air nationally on Feb. 2, the night before Super Bowl LIII, from 8-10 p.m. on CBS19.

A closer look at the FedEx Air NFL Player of the Year finalists:

New Orleans Saints quarterback Drew Brees led the NFL with a 115.7 passer rating and 74.4 completion percentage, the highest single-season completion percentage in NFL history. He passed for 3,992 yards with 32 touchdowns and five interceptions and became the third quarterback in league annals with at least 30 touchdown passes and five or fewer interceptions in a single season. A 2019 Pro Bowl selection, Brees led the Saints to a 13-3 record and the NFC’s No. 1 seed.

Los Angeles Charges quarterback Phillip Rivers passed for 4,308 yards in 2018 and joined Peyton Manning (14 seasons), Drew Brees (12) and Tom Brady (10) as the only quarterbacks in NFL history with 10 seasons of at least 4,000 passing yards. Rivers threw at least two touchdown passes in each of the Chargers' first 12 games of the season and became the fourth quarterback in NFL history with two or more touchdown passes in each of his team’s first 12 games to start a season. A 2019 Pro Bowl selection, Rivers led the Chargers to a 12-4 record, the most wins by the team since 2009.

A closer look at the FedEx Ground NFL Player of the Year finalists:

Super Bowl LII will kick off Sunday, February 3, from Mercedes-Benz Stadium in Atlanta at 5:30 p.m. and can only be seen locally on CBS19. Halftime performers include Maroon 5 and Travis Scott.