Students from Hudson PEP Elementary School raised more than $6,000 for improvements for clean drinking water for a town in Uganda. 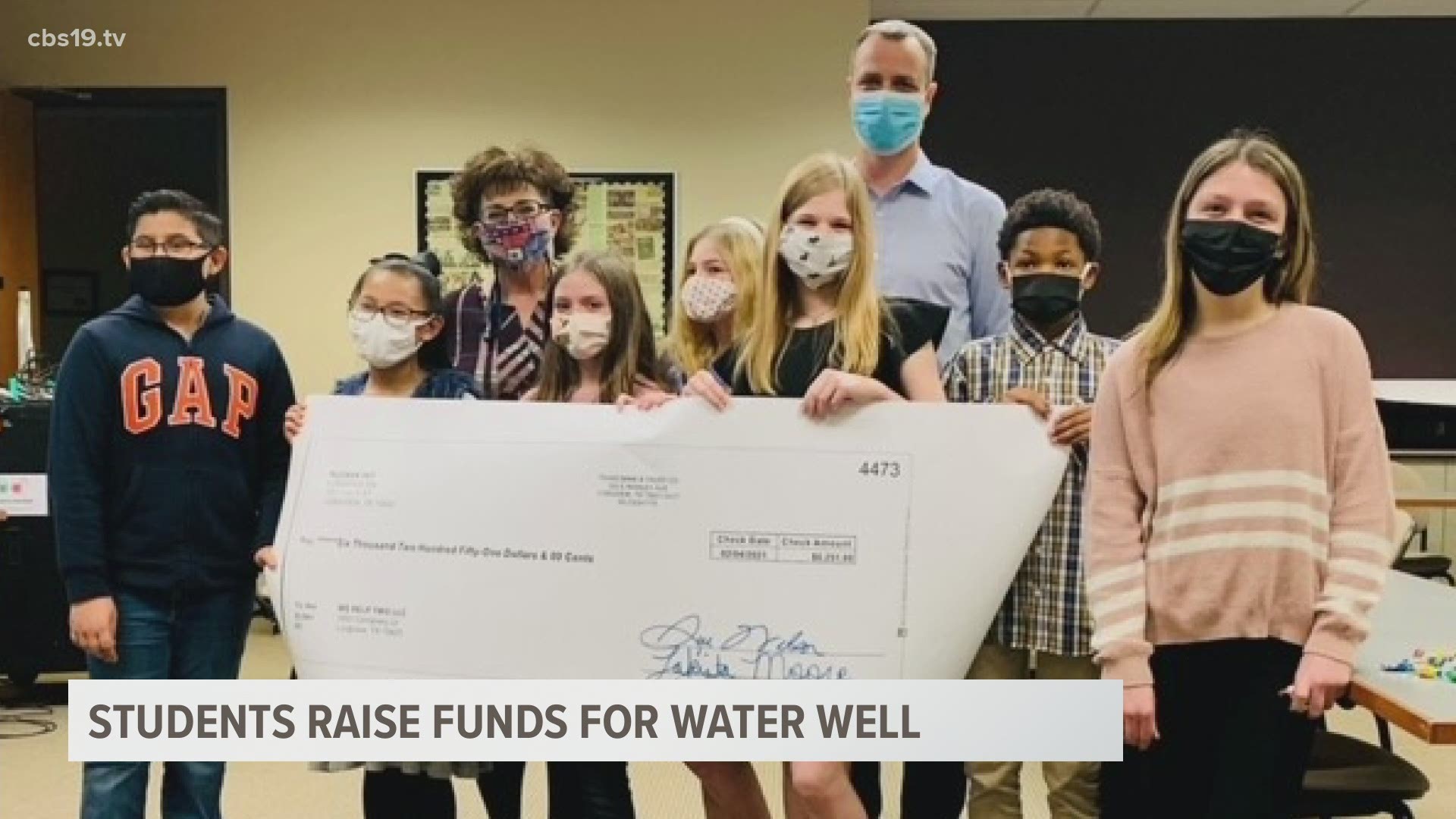 LONGVIEW, Texas — Fifth-grade students from Hudson PEP Elementary School presented a $6,251 check to the school board during its regular meeting Monday.

The money was raised for funds for a new water well in an initiative titled "Water for Africa Project."

"We're very excited, and we're proud of ourselves for helping them," fifth-grader, Anna Ford, said. "Maybe now that they don't have to walk to go get water that they can go to school, and they can have clean water instead of drinking the pond water."

The students were inspired to work on the project after being read the book "A Long Walk to Water" by Linda Sue Park. The novel tells the story of two characters. One, a girl, who retrieves water from a pond two hours away from her home.

"The goal was for them to learn that we need to help take care of each other,"  teacher Ms. Regina Ward said. "When I read the book to them a lot of kids had no idea that this even was a problem."

The students partnered with the company We Help Two which works with schools in donating proceeds to causes.

"It's rusty. It's a hand pump style well, and not only does it provide water for the 300 students, but for the greater community as well." Tonight at 6 how students from @LongviewISD raised funds for a #waterwell in Uganda. @kytxcbs19 pic.twitter.com/KDPYyVdXII

"We partnered with Hudson PEP through our spunky socks fundraiser to provide clean water for a school in Uganda," Trevor Bergman, CEO of We Help Two, said.  "And they did that project in during kind of the Christmas season.  And they were a little bit short on the funds and so they ended up doing another fundraiser in the spring and ended up reaching their goal to fund an entire well, and the school that we're working with is just me for the capital in Uganda, it's a boarding school for high school students."

Begman works closely with the organizers where the water well system will be renovated.

"Their current well is about 18 years old," Bergman said. "It's rusty, it's a hand pump style well, and not only does it provide water for the 300 students, but for the greater community as well. What we wanted to do was come in and basically drill a new well with new pipes because the current water that they're drinking gets contaminated, and is causing sickness in the students and with the people in the community."

The students also raised funds through a penny drive.

Begman says the project may get started as early as Monday and would take four to six weeks to complete.

"We learned that even though we're kids, we can still make a difference in the world," fifth-grader, Gabriel Moussa, said.