Hughes Spring canceled its game with Arp because of coronavirus. Arp is trying to find a replacement game. 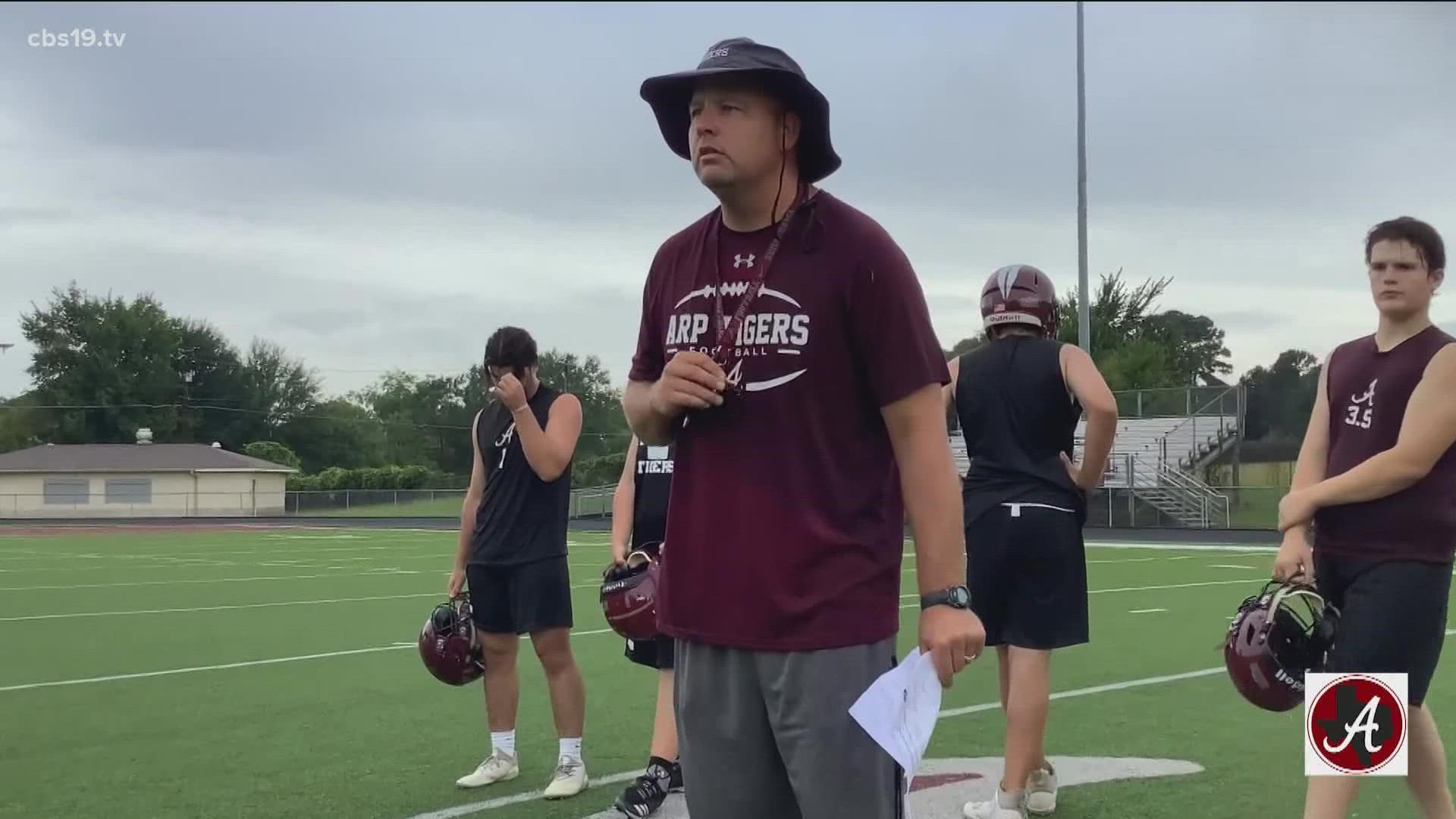 ARP, Texas — The first week of high school football kicks off this week, but there have already been some canceled games.

A surge in coronavirus cases at Hughes Springs has prompted the high school to back out of its game against Arp. Both Arp players and coaches alike are disappointed that their first game is canceled.

"It spreads so fast, especially this version of it. So you got to try to mitigate it as much as possible and do whatever you can do," Arp Head Coach Dale Irwin said.

The Arp team practiced today like it was any other day after school.

But Irwin said his team is distracted without a game to look forward to.

"It's just like it was last year when you go into it and you try to prepare the kids and do as much as you can do to get them ready for it, and they're never ready for it, they want to play," Irwin added. "So it's tough, but we're trying to find another game as bad as we can."

Arp and Hughes Springs aren't the only East Texas school with canceled games. Both Cayuga vs Mount Enterprise and Cushing vs High Island has been canceled.

John Eastman the Head Football Coach at Troup said with games being canceled all over the place, they're prepping for all possibilities.

"This being the first week and seeing what happened with Arp and Hughes Springs we had the conversation with our kids," Eastman said. "We want to put a product on the field every Friday night."

It will be a season of making sure everybody on the team is ready to go because even though an entire game may not be canceled, a few players being out every game is a possibility.

"We've got several out, so we're trying to mitigate that, meld it into one team if we have to and just play a game.," Irwin said.

If Arp isn't able to find a new opponent for Friday, their first game will be next Friday against Tenaha.