Colin Smith was inspired to become an Eagle Scout in the wake of the passing of his older brother Will, who died in a car crash in 2016. 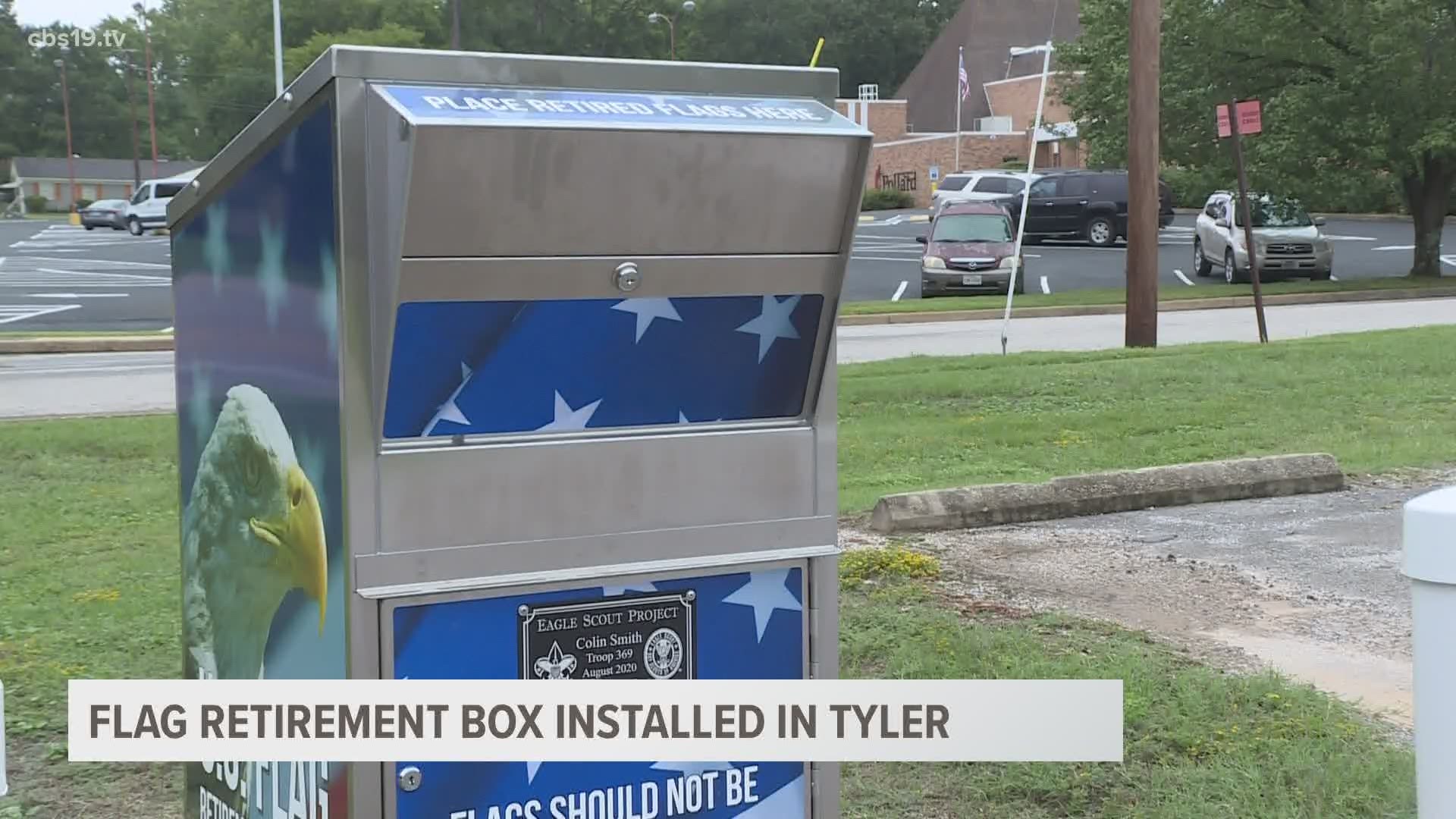 To become an Eagle Scout is an honor Colin Smith of Bullard has been looking forward to since he became a Boy Scout two-and-a-half years ago and soon that dream will become reality.

A service project had to be completed though in order for him to move up after he earned the required 21 merit badges. When Smith was looking for ideas, he realized he could do something for his neighboring city of Tyler.

“I realized that there was no, no place that was available at any time to drop off flags,” Smith explained.

With the help of his friends in Troop 369, the 18-year-old planned out and installed a U.S. flag retirement drop box in the overflow parking lot of Pollard United Methodist Church, across the street from the troop’s hut.

“I knew it would be a great project, but I didn't you know think that it would be that successful,” Smith said.

It was installed about two weeks ago and when Smith checked it on Wednesday, it was full. By the next day, it was almost full again.

Troop 369 will monitor the box and empty it as needed. From there, the boy scouts will perform a flag retirement ceremony during their camp outs.

“We burn them,” Smith said. “The next morning, we take the grommets from the flag and then we sometimes give them to the veterans.”

With the retirement box complete and his paperwork turned in, Smith now has about a month until he’s officially an Eagle Scout, just like his big brother.

“My brother was an Eagle Scout, but unfortunately, he was killed in a car crash back in 2016,” Smith said. “So, I decided to become a Boy Scout myself.”

Smith has fond memories of his brother as an Eagle Scout going off on “big adventures” and there’s a special spot on his box for his brother, Will.

“The plaque honors him,” he explained.

Underneath the flap to drop flags off and above words that reads ‘flags should not be tossed in the garbage or shredded’, the plaque sits with both the boy’s names.