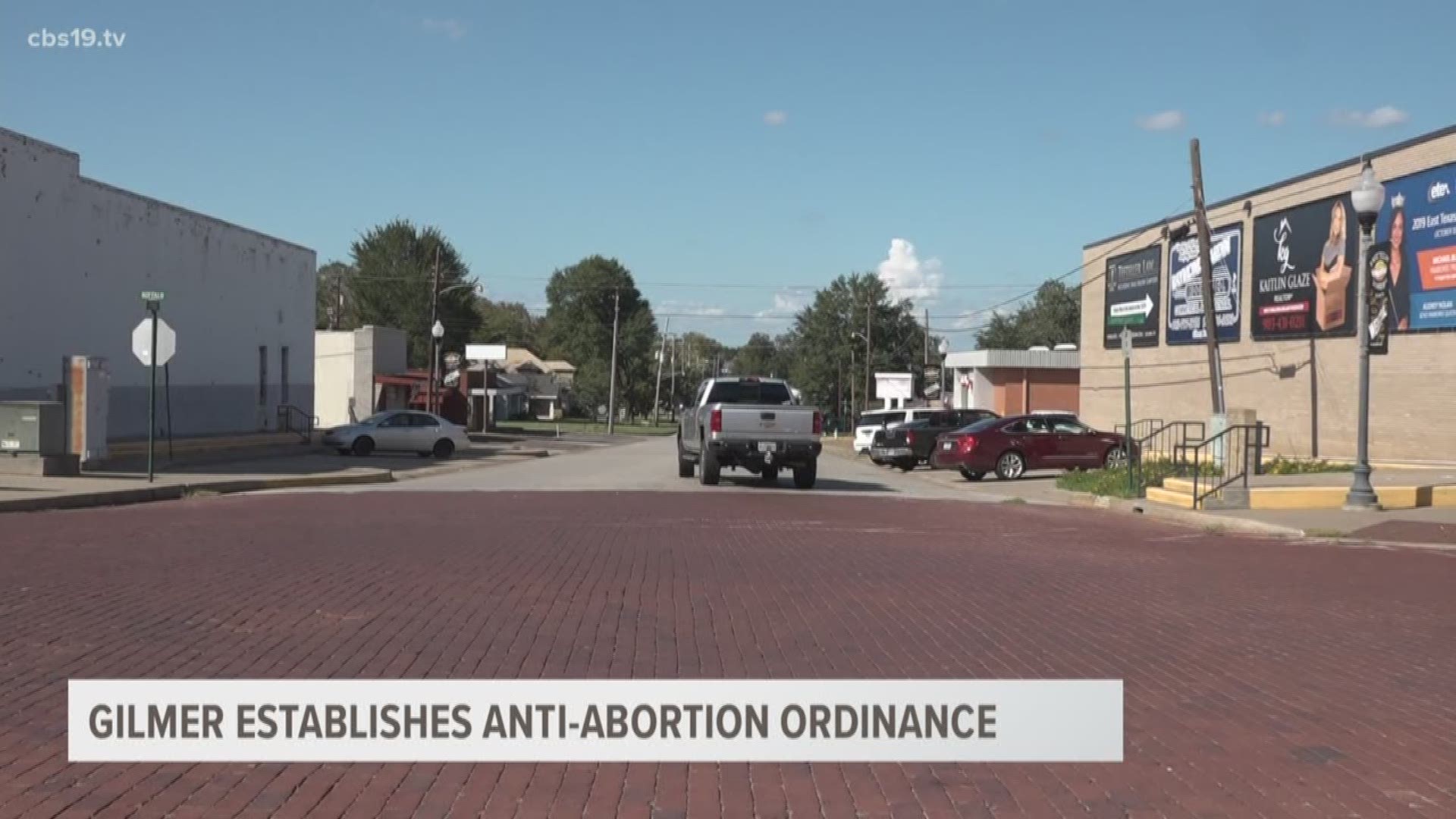 The move comes one day after Tenaha also approved an ordinance to ban abortions.

The city council voted 4-1 with two council members absent from the meeting. The ordinance also declared Gilmer a "Sanctuary City for the Unborn."

"We need to have the discussion and the talk. We have to get beyond the emotions and sit down and have the talk," City Manager Greg Hutson said.

Unlike previous ordinances, Gilmer's ordinance does not ban the morning-after pill.

Hutson says the 1973 Supreme Court Case Roe vs. Wade allows abortions to be legal and a constitutional right. Because of that law, Gilmer cannot enforce abortions. Hutson says in chance the law is overturned, all guidelines within their city ordinance can be enforced. For now, Gilmer is a sanctuary city for the unborn.

"It's a safe haven where the unborn has a right to come here and not worry about being aborted," Hutson said.

The ordinance was pushed by the organization Sanctuary Cities for the unborn who are advocating for municipalities to ban abortions within their limits.

For almost every resident who shared their thoughts on the new ordinance, their stance was clear.

"If they're doing adult things then they should step up and take care of the child," a resident said.

"They shouldn't be taken they should be spared and let that soul connect with that body and be able to get a chance to live," another resident said.

Gilmer is the sixth Texas city that has passed an ordinance banning abortion, joining Waskom, Omaha, Naples, Joaquin and Tenaha.