The rodeo was founded in 1937 by local businessman J. N. “Jack” Yates, a Sioux Indian from North Dakota who had moved to Gladewater during the oil boom. 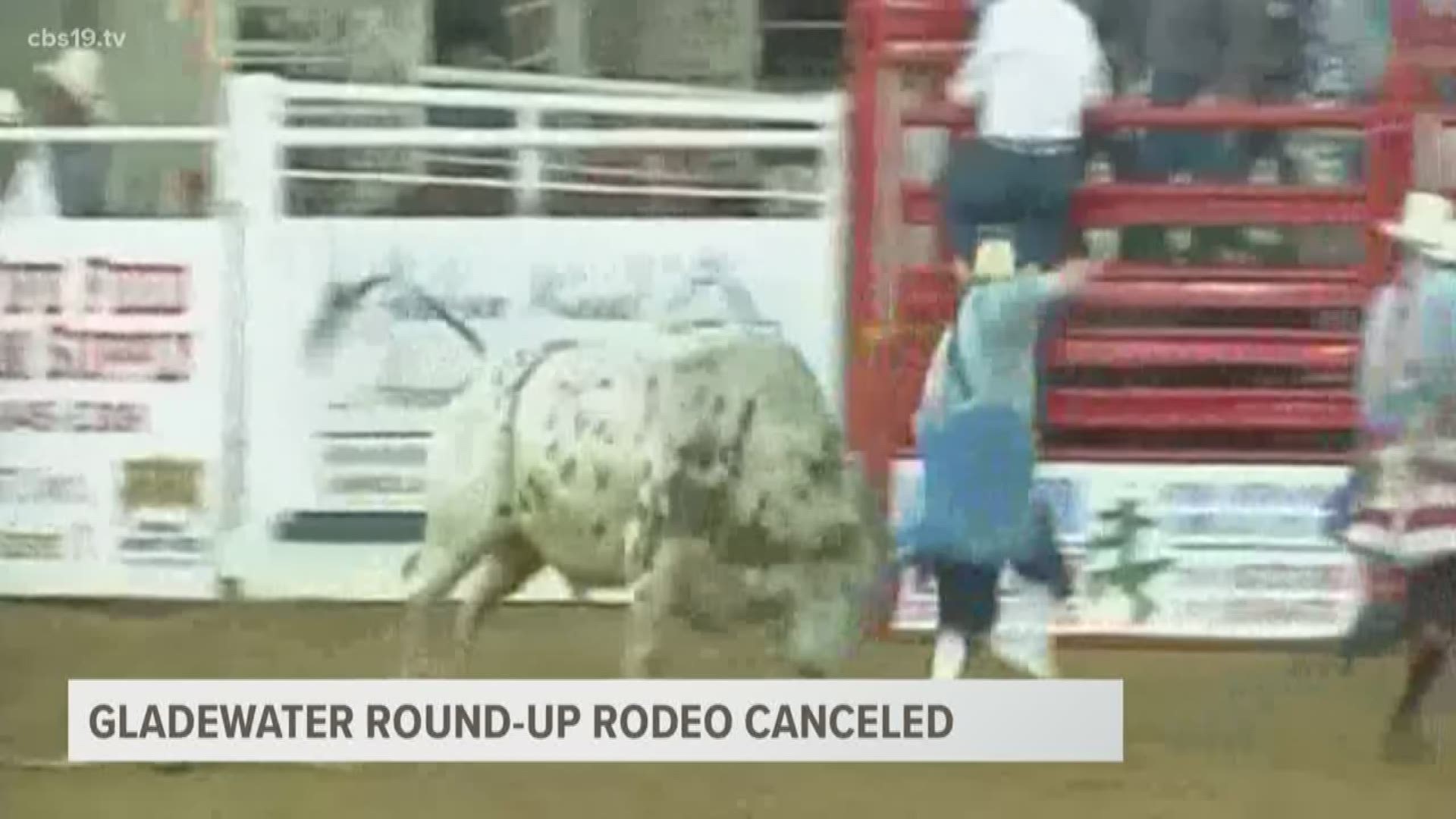 GLADEWATER, Texas — For the first time in more than eight decades, the Gladewater Round-Up Rodeo will not take place.

Chris Thompson, president of the Gladewater Rodeo Association, said the unanimous decision to cancel the rodeo for the first time in 82 years was a heartbreaking one.

"We’d hoped to move forward with this year’s event but feel that it is in the best interest of participants, fans, vendors, sponsors and volunteers to cancel the rodeo at this time," Thompson said in a statement. "This decision is primarily based on concerns surrounding the COVID-19 virus and public safety, as well as the state’s mandated 25% crowd capacity. Please know that we will be refunding any purchased rodeo tickets. I’d like to personally thank everyone for their support throughout this difficult period and look forward to welcoming East Texas to back next year’s 2021 Gladewater Round-Up Rodeo."

The Gladewater Round-Up Rodeo was founded in 1937 by local businessman J. N. “Jack” Yates, a Sioux Indian from North Dakota who had moved to Gladewater during the oil boom. Yates, a veteran of World War I, organized the first rodeo ever to be held in France as entertainment for the soldiers, and according to historical documents, he sought to recreate the event in Gladewater.

Yates owned and operated J. N. “Jack” Yates Pipe and Supply Company, and recruited citizens to donate either funds or supplies to construct a rodeo arena. The structure was originally built from lumber, but the rodeo was such a success that it was reconstructed out of steel two years later.

The Round-Up Rodeo’s recognition received a substantial boost in 1971 when Johnny Quintana scored 98 points in its bull-riding competition — a feat that held world-record status for three years.

Since its humble beginnings, the rodeo has become nationally known and ranks among the top rodeos in the state as well as the top 10% percent in the nation. The arena has hosted some of the nation’s most notable competitors, including Don Gay, an eight-time PRCA World Champion Bull Rider; Roy Cooper, the leading money winner of all time for the PRCA; Ty Murray; Lane Frost; Jim Shoulders; and many others.