Grandparents send cardboard cutout to take their place at Thanksgiving

Rockwall’s Missy and Barry Buchanan sent a cardboard cutout of themselves to give the grandkids a laugh in a challenging year. 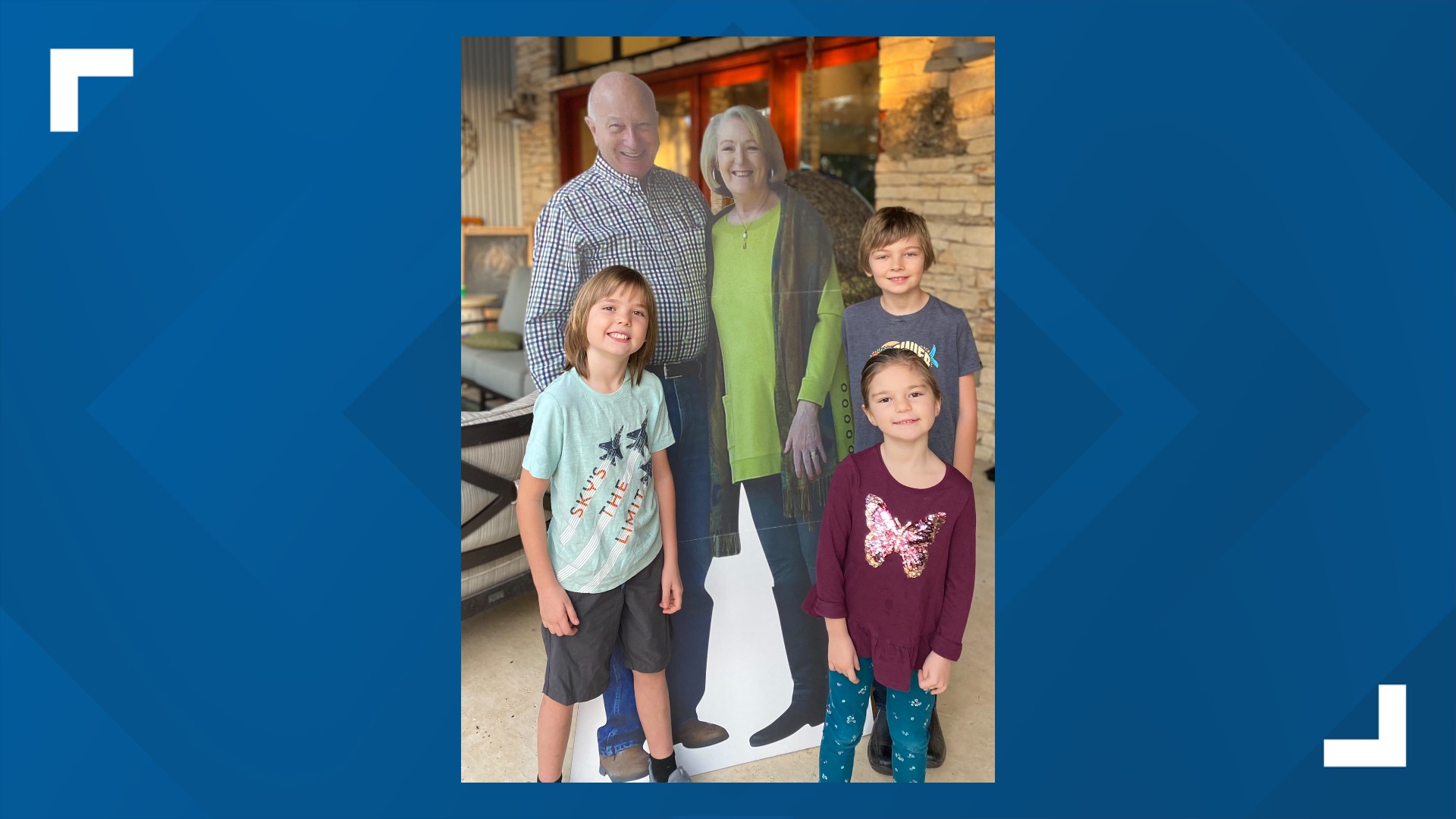 As we approach one of the more unusual holiday seasons, a Rockwall couple found a way to make the trip to their kids' house, but not in the way you may expect.

Rockwall’s Missy and Barry Buchanan sent a cardboard cutout of themselves to give the grandkids a laugh in a challenging year.

“I warned my adult kids that a package was coming and that it would be kind of large,” Missy Buchanan said.

“We all opened it up at the end of the day thinking it was going to be socks or pajamas or something like that,” Missy's daughter Mindy Whittington said. “We opened it up and it was hilarious.”

“I was just trying to think of something fun, I have really creative and fun kids and grandkids,” Missy said. “I wanted to make it memorable.”

RELATED: Mesa grandma who went viral for 2016 Thanksgiving celebration holds first one without husband after he died of COVID-19

Whittington lives in California and her brother’s family lives in the Hill Country. Matthew Buchanan got a kick out of his parents’ idea.

“They are pretty much watching over the entire downstairs,” Matthew said. “The kids get to pass them as they go to bed every night and say goodnight to Ama and Poppi [Grandma and Grandpa].”

“We walked up and we opened the door of our garage and they’re like, right in front of us,” granddaughter Clara said. “I thought it was the real Ama and Poppi, then I looked around and I’m like 'No.'"

“[It was] a little bit scary when I walked in the front door,” grandson Quinton said with a laugh. “They were just standing there. I got a little bit freaked out.”

Even though they won’t be able to sit at the same table this Thanksgiving, the Buchanans remain thankful.

“I want to show our younger generations that we can apart, but we can still be a part of each other’s lives in our celebrations,” Missy said.

“We all wish we could be together but she always finds a way to bring us together and celebrate one another,” Mindy said.

If you are interested in purchasing a cardboard cutout for your family, the Buchanan’s passed on the link here.